The U.S. Army released a report Friday saying officers at Fort Hood in Texas ignored complaints of sexual harassment from Special Vanessa Guillén, the soldier who disappeared last year and was allegedly killed by a fellow soldier. The Army said a total of 21 soldiers have been relieved of duty or reprimanded as a result of the investigation.

The report found that Guillén verbally reported she was sexually harassed on two occasions in 2019 by a supervisor who wasn’t her alleged killer. It did not identify who allegedly harassed her but said it was a “superior noncommissioned officer in her unit.”

“We, as an Army, failed to protect Specialist Guillén,” Major General LeBoeuf, the Army Forces Command’s chief of staff, said in a news conference. “It’s something we are learning from, studying, and using to drive our army forward.”

There was “no credible evidence” to determine Guillen’s suspected killer, Specialist Aaron Robinson, sexually harassed Guillen, nor did they have “any relationship” outside of work, the report said. 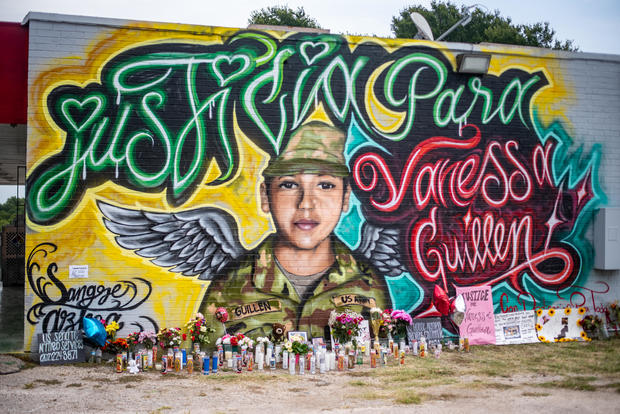 Guillén was reported missing from Fort Hood on April 22, 2020. Two months later, her body was discovered. Officials said she was killed by fellow Specialist Aaron Robinson, who fled the base and later died by suicide. LeBoeuf said he was unable to name a motive in Guillén’s murder, citing the FBI’s ongoing criminal investigation.

Guillén’s family has claimed she was sexually assaulted but the Army on Friday said that there was no evidence to support the allegations. Her family has called for legislation that would allow service members to report sexual harassment and assault to third parties and classify sexual harassment as a crime within the Uniform Code of Military Justice. A bipartisan bill was introduced Thursday, an effort by Senator Kirsten Gillibrand to change military protocols on sexual assault.