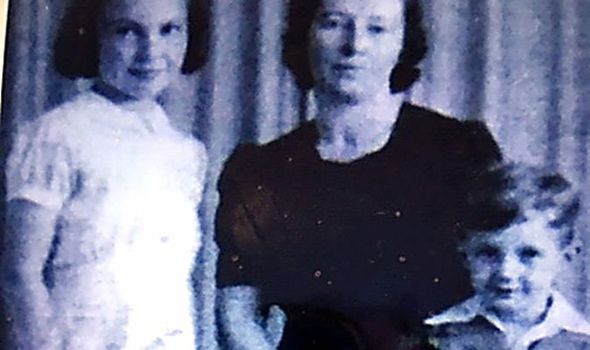 “You’ve seen pictures of people dancing in the street, but there is an untold story of the millions who did not celebrate on that day,” she says. “I want you to remember the people who didn’t come back. Losing my father and my baby brother, it bothers me still. I have nothing to celebrate.”

It’s the week before Easter when Kitty tells us her story.

We’re in lockdown, keeping safe from coronavirus, and the 89-year-old grandmother is sprightly and sharp as a tack.

After all, what could compare to the war?

“We weren’t isolated like this during the war but it’s just another one of those things, isn’t it?

“I watched the Queen’s speech and it showed a flashback of her as a girl speaking to the evacuees and wishing them well.

“I remember that speech. It was all right for her, she could stay at home. But we couldn’t.” 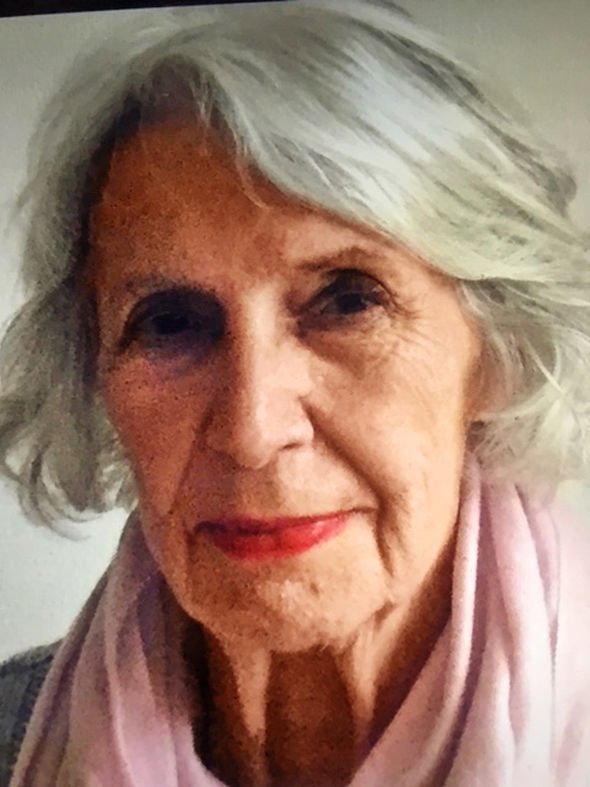 Kitty was just nine-years-old when her life changed forever.

It was 1939 and on her birthday she boarded a coach in London with her sisters.

It was an exciting present, she thought, but something wasn’t quite right.

“When the coach came along we were all laughing and joking.

“We were given labels to pin on our clothes and a box with a gas mask inside. The boys put them on and ran around making little piggy noises,” smiles Kitty, whose two brothers were too young to leave their mother.

“I saw lots of soldiers and I thought of my uncle, a Dunkirk survivor who had visited in his uniform days a few weeks before. But no, he wasn’t there. I saw my mother crying, and off we went.”

The sisters from Camberwell, south London, were aged nine, 11 and 13.

They arrived in Ipswich and were marched up to a country school where they were ordered to stand up straight against the wall.

“In walked all these strange-looking people in wellies and woolly hats. They were country folk but I’d never seen anyone like that before,” she says. 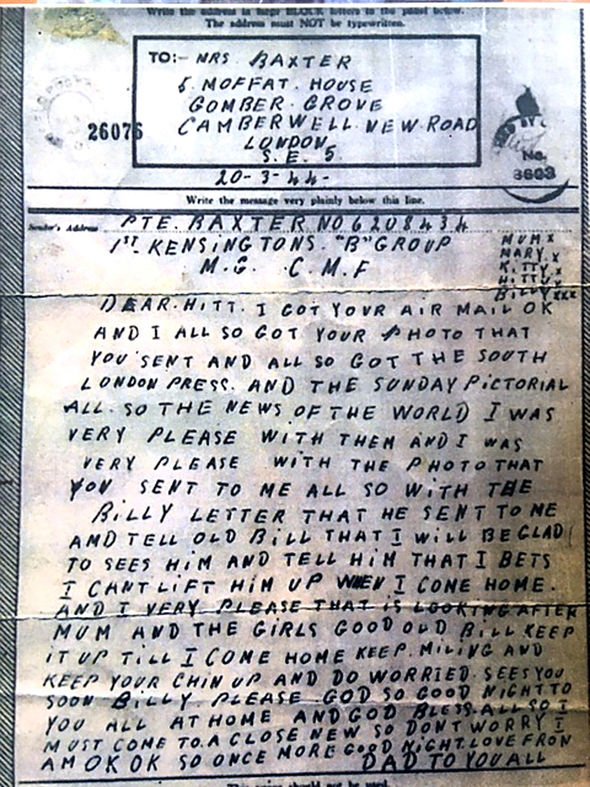 One by one the children were selected and taken to their billets – the place where they would live.

Kitty’s middle sister, Mary, was whisked away, while she and her eldest sister went to a country house where they slept in the basement and cleaned the silver each morning before school.

“The maid said she didn’t want us. These people had to have us and it wasn’t a warm reception for a child,” she explains.

“Every evening we’d shout my sister’s name along the lanes, but we never found her.

“After about nine months, Mother came to get us. And what a relief that was. It was the phoney war, you see, nothing happened.

“She had written letters to us about Mary, but the maid kept them all. Mary had lived in a lovely house and she didn’t want to come back.”

Some billets were better than others, as Kitty discovered.

She was evacuated a further two times – once with her brother to Hastings during the London Blitz, as her father went to war, and again to Blackpool when the V1, doodlebugs, and V2 rockets began their attack on the capital.

“We weren’t in Hastings for long as our baby brother, Charlie-boy, died of ‘shelter cough’.

“Mum came back, eyes all red, and told us he’d died in her arms. He was six months old,” she recalls. 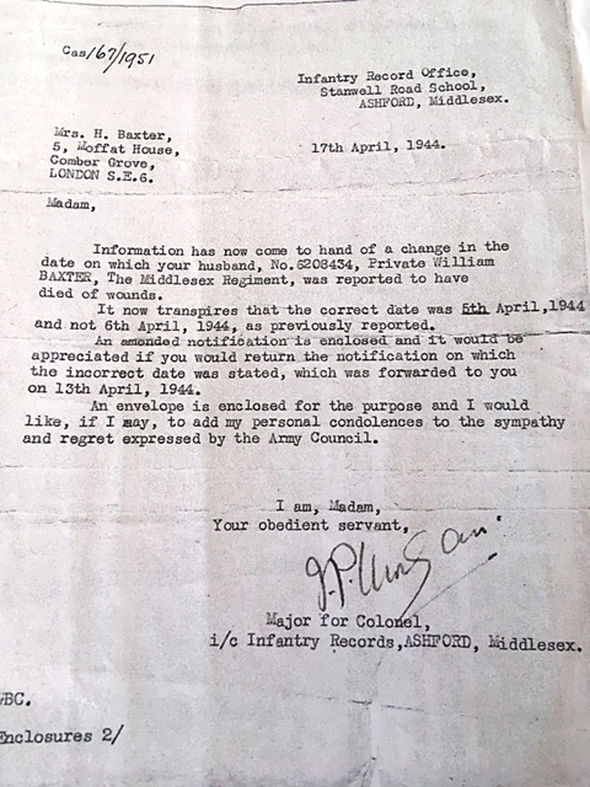 Doodlebugs were pilotless flying bombs that dropped with no warning.

While the kids made mischief climbing the bombed buildings, their mother went mad with worry.

“Oh we thought it was a gas,” exclaims Kitty.

“There was no school, so I became an entrepreneur, selling chopped-up wood to heat homes for a penny a bowl.

“I gave Mum the money, and so did my sisters, who started work aged 14.

“My education stopped at nine, but we never had the time or money to make it up and university was out of the question.”

Kitty was sent away again, to Blackpool, a town that holds many fond memories for her.

Women painted her nails and curled her hair and American airmen came and went and taught her how to jive.

“I was having the most wonderful time, completely ignorant that I lived in a prostitute house,” she laughs.

“I wrote to Mum about the fun I was having and she flew up to Blackpool to collect me.

“When I watch Strictly Come Dancing now I remember the hours I spent in the ballroom with those boys.

“I was madly in love with an airman when I was 13. I still remember the song Those Magnificent Men In Their Flying Machines.

“They were my heroes – and they still are.” 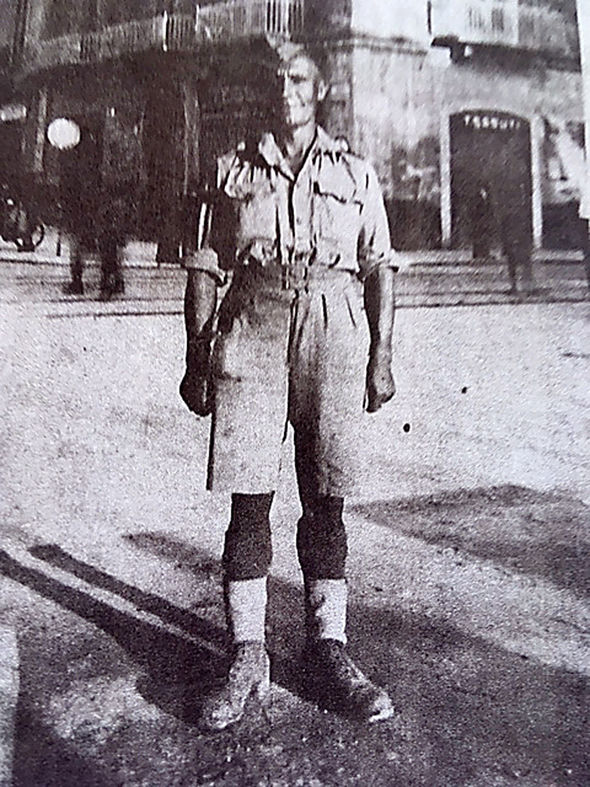 Not long before VE (Victory In Europe) Day, Kitty heard her father had died in battle.

He was part of the Monte Cassino campaign in Italy.

The troops, unfairly called the D-Day Dodgers, saw thousands of their numbers killed in the bid to pass Rome and reach the German border.

“I was at home when the letter came. There were no telegram boys any more – they’d been called up for duty,” she recalls.

“I had to read Mum that letter and that was it. Dad wasn’t coming back.

“Dad was killed in a tank at the age of 41. He was a road sweeper before the war and he was so proud to be a soldier.

“We missed death so many times in so many ways. I think it was luck, circumstance and fate.

“You can be careful today, but you couldn’t then. There was always a risk of being killed.” 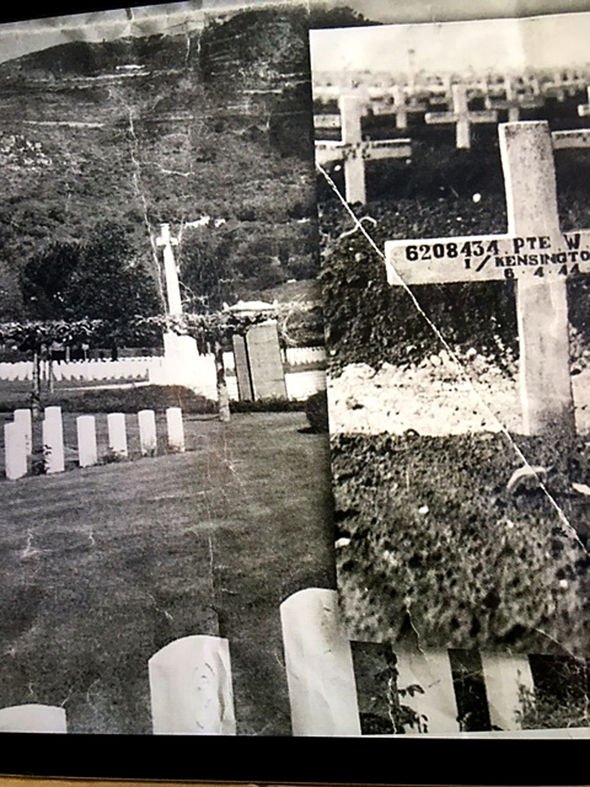 Sadly, war affected everyone left behind, including Kitty’s sister Mary.

“From the day she was sent to that house in Ipswich, she was never happy again,” Kitty says.

“She lied about her age to join the Women’s Land Army then emigrated to Australia. She’s still alive, and so is my other sister, but she doesn’t want to know us any more.

“I don’t just think about my brother and father every year, I think about them every day. I want people to remember them.”

• Imperial War Museums mark 75 years since VE Day with Voices Of War. Visit iwm.org.uk for stories from people who lived through the conflict and their views on the victory.