Australia should be moving to utilise people who have recovered from coronavirus and may have developed immunity against the virus to bolster essential services, a leading expert says.

Countries including Britain are already discussing introducing “immunity passports” to increase the workforce in healthcare and other crucial sectors, and gradually re-open society.

With a coronavirus vaccine likely to be at least 12 months away, Australian health workers with immunity could be prioritised to work in intensive care units and higher-risk scenarios, said Professor Nigel McMillan, the director of infectious diseases and immunology at the Menzies Health Institute. 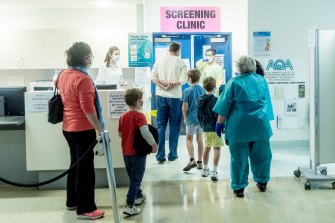 Health workers who have recovered from COVID-19 and developed immunity could work in higher-risk areas, such as screening clinics.Credit:Justin McManus

Schools could be kept open with immune teachers while other frontline workers, such as air stewards and public transport employees, could return to their jobs.

Australians with immunity could generally resume normal life, Professor McMillan said. “They could be a very useful resource.

“It would be very individualised for each person as to what they could do, but the most useful group is medical workers. We know from overseas that a significant portion of health workers may become infected at some point, so we could use that to our advantage.” 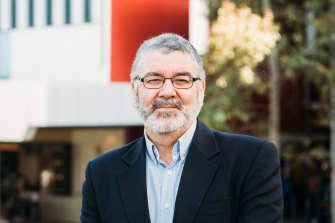 Professor Nigel McMillan believes Australia should be looking to benefit from those who have recovered from COVID-19.

Professor McMillan pointed out that immune health workers could reduce the demand for personal protective equipment and volunteer for jobs such as swab testing of suspected coronavirus cases.

Australia does not keep a tally of recovered cases but there have so far been 5635 confirmed instances and 34 deaths.

At least 20 per cent of coronavirus cases are asymptomatic, meaning thousands of Australians could unknowingly already have immunity, and thousands more will achieve it in the coming months.

“We’ve got good data that you can’t be re-infected with the virus,” Professor McMillan said.

Australia’s Chief Medical Officer, Professor Brendan Murphy, has repeatedly said Australia was acting on the premise that re-infection was impossible. There have only been a handful of reports of re-infection worldwide.

Some form of social restrictions will likely need to stay in place in Australia until a coronavirus vaccine is created. Researchers in Germany have advocated for an “immunity passport” to safely re-open activities. 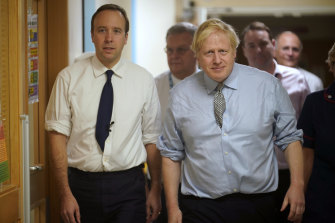 UK Health Secretary Matt Hancock on Friday labelled the passports a “really smart idea”, saying his government was actively looking at distributing them, possibly in the form of a wristband.

China has also introduced green, yellow and red codes based on health status that citizens must show on their phones to access shopping centres, public transport and other public spaces.

An antibody blood test, using a prick of blood from the finger, can ascertain if someone who did not suffer symptoms was infected by coronavirus and developed immunity.

Australia purchased 1.5 million of the antibody testing kits last week as a quicker alternative to swab testing, and Professor McMillan said he expected increasingly accurate tests to be developed. 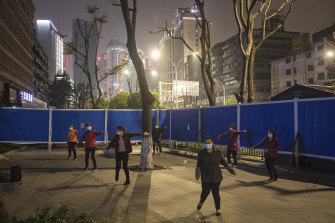 “As long as patients are also tested to ensure the virus is no longer active [via a swab test], that would be enough to satisfy me that someone is fine to go out and go about their normal business,” he said.

Blood transfusions could also be used to confer immunity to those most in need, Professor McMillan added.

He said one danger of immunity passports was the creation of “the haves and the have-nots", causing ruptures in society.

“It would also potentially increase police workload, if they need to patrol who has their ‘passport’ and is immune,” he said.

“But certainly those in front-line jobs like health would be easily handled by the government.”

Intentionally contracting coronavirus to gain immunity was “not a lottery you want to take”, Professor McMillan said, after a five-year-old died in the UK on Sunday.

While about 80 per cent of coronavirus sufferers will only have mild symptoms, a study published in The Lancet last week found the mortality rate of coronavirus is 33 times higher than seasonal influenza, even for those aged 20-29.