Best star snaps of the week: Hugs and kisses XOXO

Guess that settles that.

Earlier this week, Victoria Beckham showed off the lilac-hued pair of Drew House Crocs that Justin Bieber sent her from his latest collection, asking her followers whether the style was worthy of Posh Spice’s wardrobe.

“Never worn a pair of Crocs. This did make me laugh, I mean, it is the thought that counts. Thank you so much,” Beckham, 47, said in her Instagram Story.

After revealing that the majority of her followers (57 percent) voted against the plastic footwear, she joked, “Well that was close! I think I’d rather die but thank you anyway @justinbieber.”

Despite the diss, there are no hard feelings between the Beckhams and the Biebers. “The Beckhams still love you, @justinbieber!,” the fashion designer added in another Instagram Story.

Biebs has yet to respond to VB’s decision, but the pop star doesn’t have to worry about sales; both of his Croc collaborations sold out instantly and are popular on the resale market. 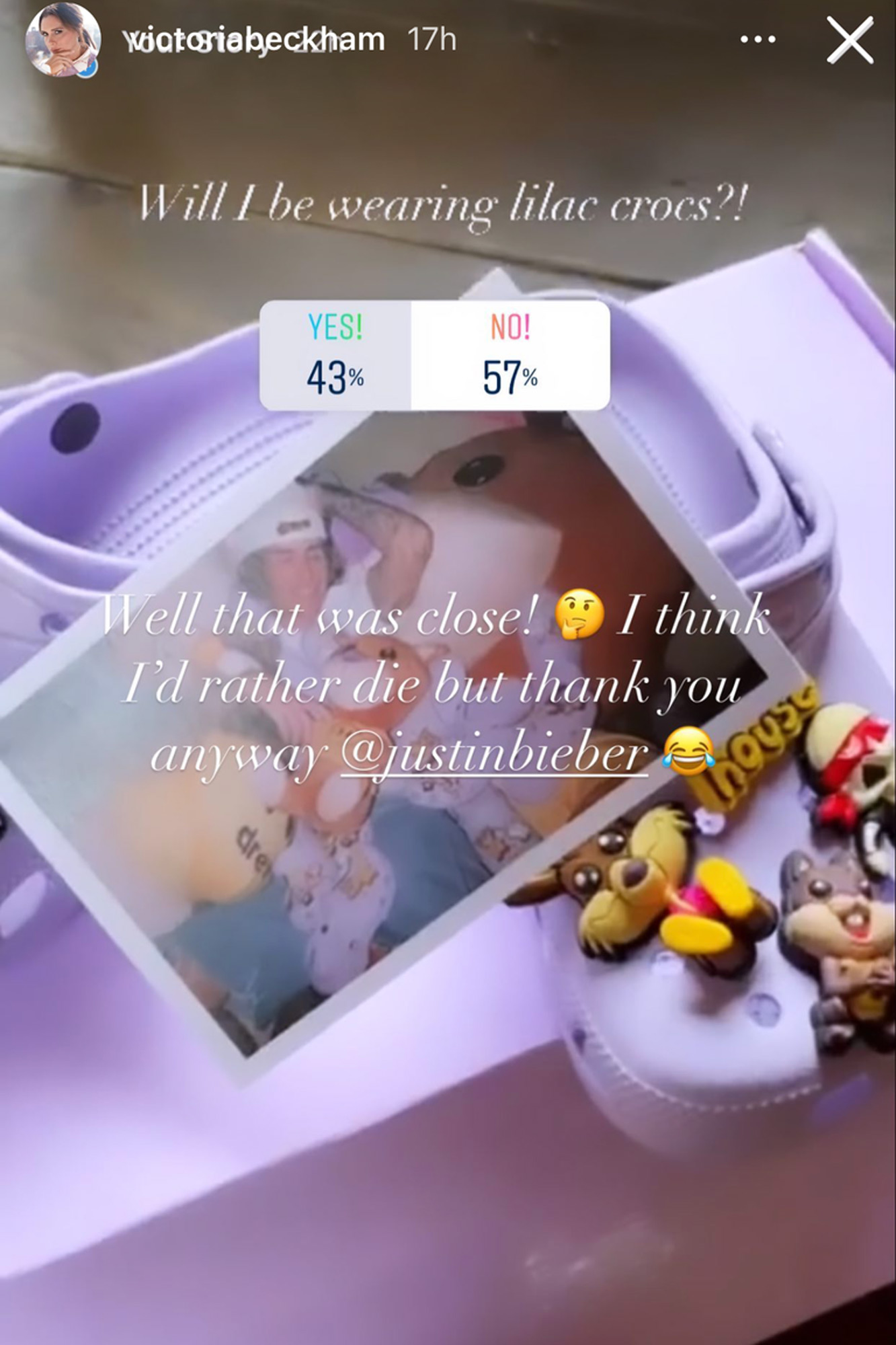