BRUNO FERNANDES reintroduced his trademark hop as Manchester United’s 22nd penalty of the season fired them 1-0 up against Sevilla.

Marcus Rashford appeared to be fouled in the box following some clever play from Anthony Martial.

VAR was used to check a replay as it looked that Rashford had already fired the ball before being hit.

But the decision was upheld and Fernandes promptly stepped up to the 12-yard marker yet again.

The Portuguese superstar’s late penalty against Copenhagen sent United on their way in the quarters. 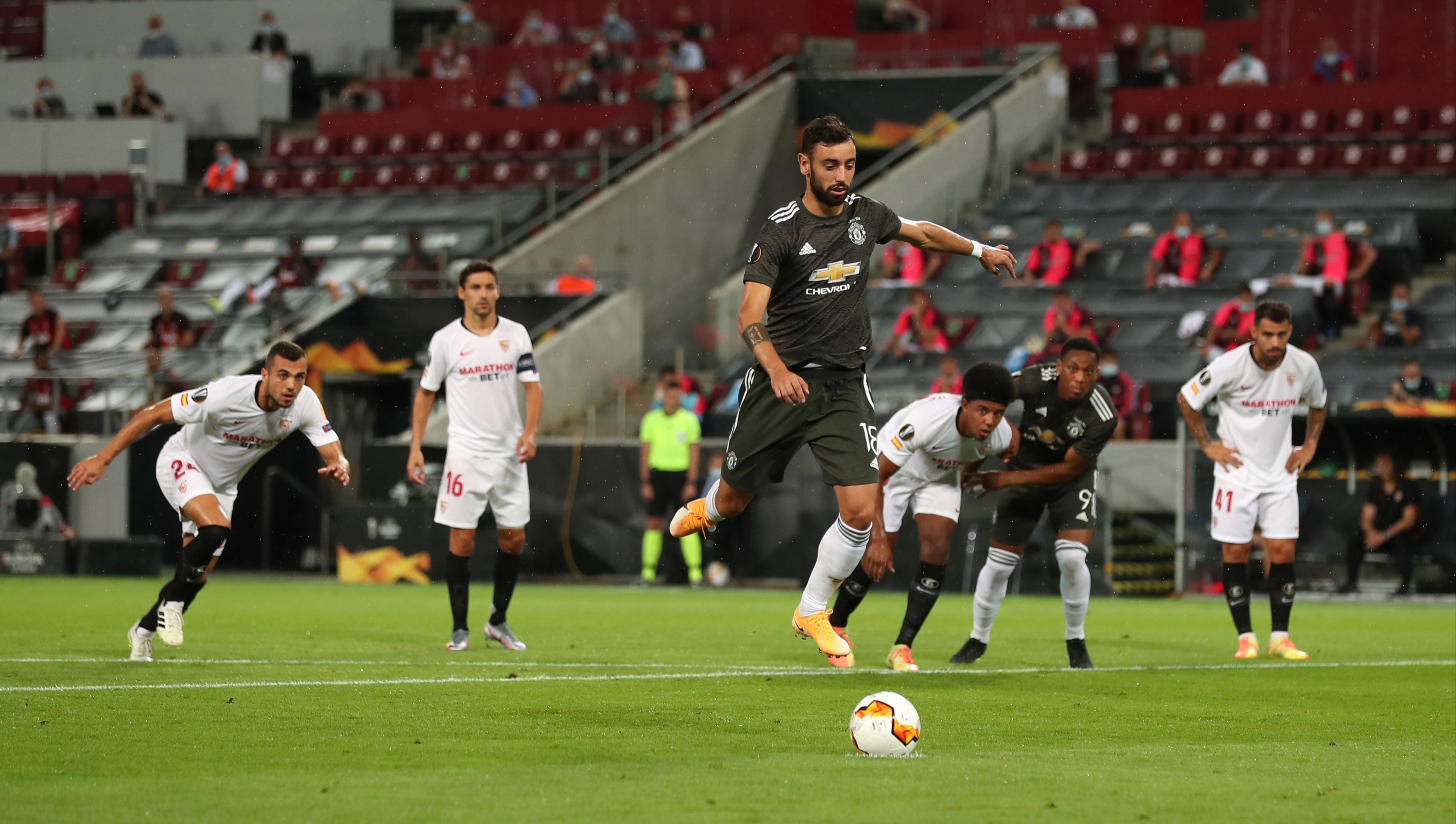 But in that match, Fernandes opted not to take a hop before slamming the ball home.

Fans were left wondering if he would take a similar approach against Sevilla.

But Fernandes instead opted to bring back the flashy trick, leaping in the air before firing the ball into the roof of the net.

However, viewers appeared to be undecided about the penalty.

Someone noted: “This has got to be a record.” 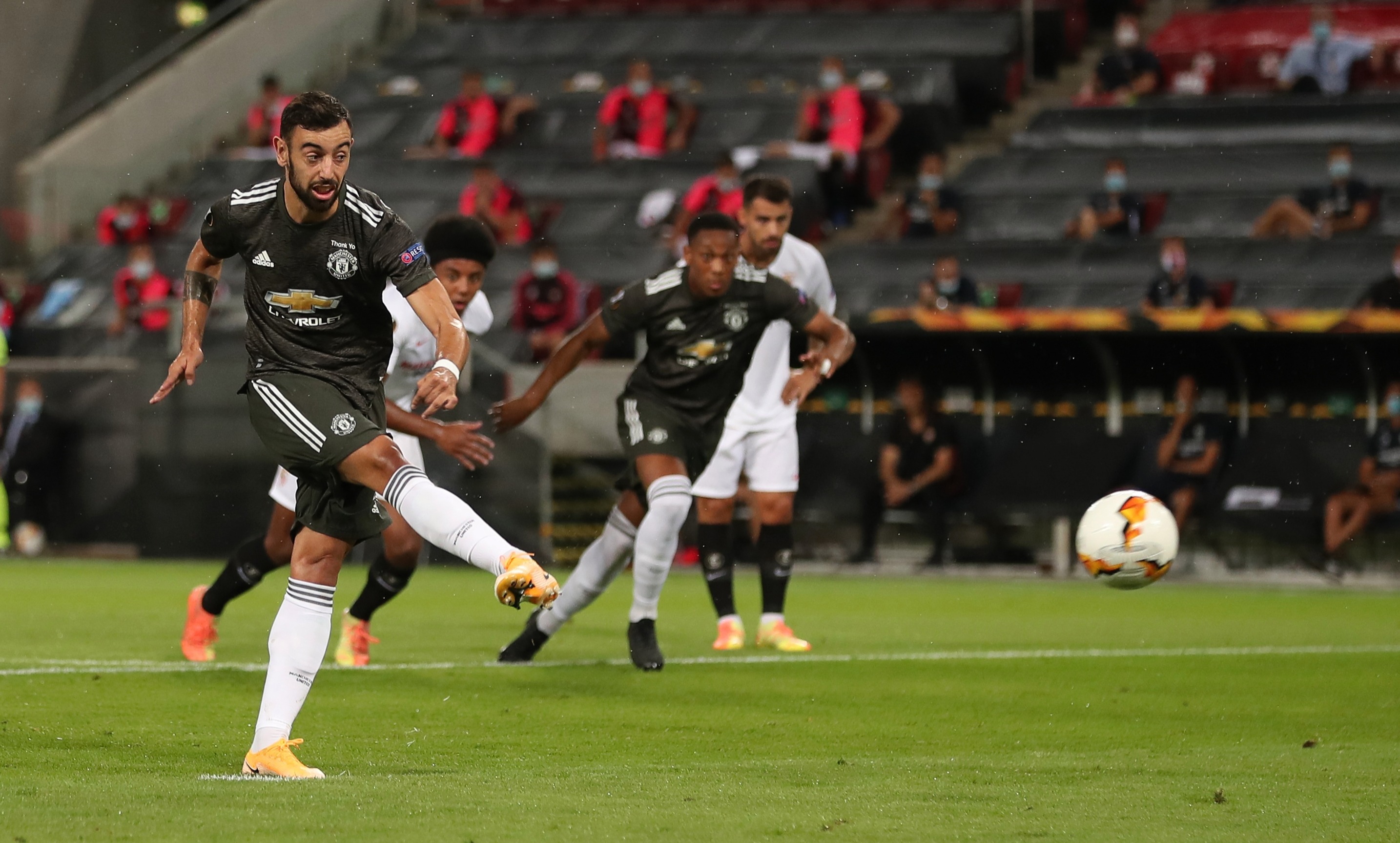 Another added: “Makes me laugh, apparently we’re not allowed to be awarded penalties any more.”

Fernades now has 12 goals and eight assists for United despite only joining from Sporting in January.

Before he moved to Old Trafford at the start of the year, Fernandes recorded another 13 goals and ten assists in Portugal.

That’s a grand total of 25 goals and 18 assists for the playmaker since the beginning of the season.

Of those goals, 14 have been penalties – eight for United and six for Sporting.

Unfortunately for United, their lead against Sevilla only lasted for 15 minutes before ex-Liverpool and AC Milan winger Suso squeezed in an equaliser.

Fernandes was then unlucky not to win a penalty himself after being barged over in the area by Diego Carlos.