THIS is the hilarious moment Tyson Fury enlists a BAGPIPE PLAYER to help him track down WWE rival Drew McIntyre.

World heavyweight boxing champion Fury has been angling for a bout with WWE title holder McIntyre after making his debut with the organisation last October in a victory over Braun Strowman. 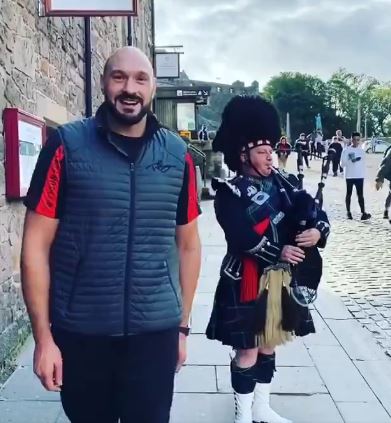 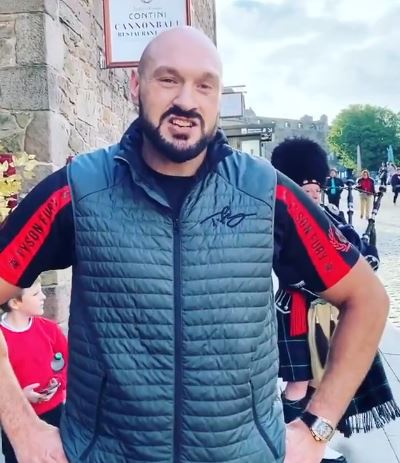 And he went all the way to the wrestler’s home city of Edinburgh in a bid to get a deal done.

However, Fury searched high and low but could not find his foe.

And the self-styled Gypsy King then took to Twitter with a message for McIntyre – accompanied by a bagpipe player in full kilt and Scottish regalia.

Fury boomed: “I’m here, this is a challenge video to Drew McIntyre from the Gypsy King.

“He’s here in Edinburgh, I’ve been looking all over for you Drew.

“Where are you Drew? I’ve been looking all over, all day, and I can’t see you.

“You’re hiding from me Drew, hiding. Come out and fight like a proper man, like a Highland man.

“Here I am, in your own city, and you’re nowhere to be seen. 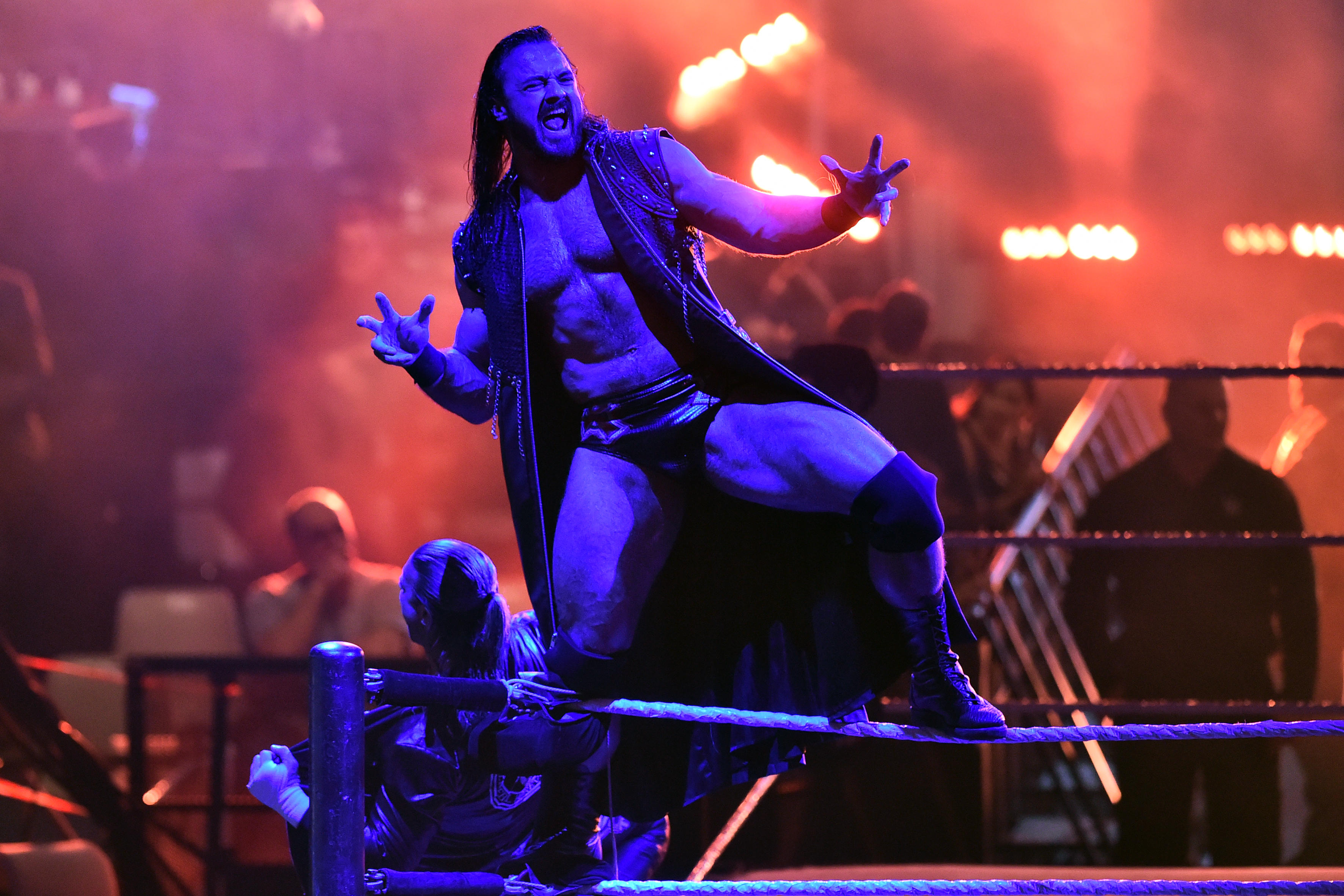 “What a pity. Get your people, get Vince to contact Nick Khan and let’s get this fight on.”

Fury certainly looked to be in good spirits in the Scottish capital after he was sent crashing to the canvas by half-brother and Love Island star Tommy Fury during a staged sparring session.

But even though he fancies building on his WWE debut at Saudi Arabia’s Jewel In The Crown, Fury must first focus on a trilogy fight against Deontay Wilder.

Fury is also looking to unify the heavyweight division with an all-British bout against rival Anthony Joshua.