A public groundswell is building against Victoria’s protracted state of emergency after Premier Daniel Andrews said extraordinary powers in force since the start of the pandemic would be needed until a COVID-19 vaccine was found.

The Victorian opposition has rejected extending the emergency provisions indefinitely, while crossbench MPs said the issue was fuelling community anxieties and concerns about the impacts of lockdown. 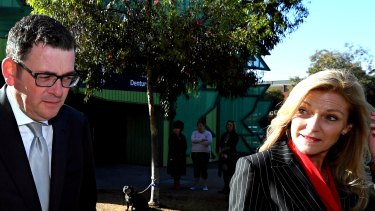 “The provisions for these extraordinary powers under a state of emergency were written for short-term, immediate issues. In no way were they designed to last two to four years.’’

Victoria’s Public Health and WellBeing Act, the law under which a state of emergency was first declared on March 16, contains a six-month limit.

The state of emergency triggers Chief Health Officer Brett Sutton's extraordinary powers to make legally binding directives about when we can leave our home, who can go to work and whether we must cover our faces in public. 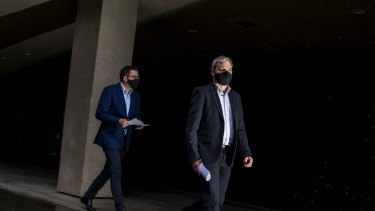 With the September 16, six-month expiry date approaching, Mr Andrews is seeking legal advice on how these powers can be retained to give force to future COVID restrictions.

“We will have public health orders, directions from the chief health officer of one form or another for quite some time,’’ Mr Andrews said on Sunday.

“A vaccine would be really the only thing that might get you to a place where you didn’t need Brett making orders of one kind or another.’’

Opposition Leader Michael O’Brien said he would not support an indefinite state of emergency.

“Those powers are strictly time limited for a damn good reason and that is because no government should have that much power over Victorians without being accountable for it,’’ he said.

It is unclear whether the Andrews government is proposing amendments to the Public Health and Wellbeing Act or the introduction of new legislation to provide the Chief Health Officer with extraordinary powers outside a state of emergency.

A third, radical solution would be for the government to invoke an extraoridnary power it already has to suspend the six-month limit without the approval of Parliament.

Victoria's Emergency Management Act, under which the state of disaster was declared on August 2, enables Police Minister Lisa Neville to suspend the whole or part of any laws she believes would "inhibit" the response to, or recovery from, a disaster.

Any legislative change would require the support of four non-government MPs from an upper house crossbench that has now swollen to include Labor’s exiled powerbroker Adem Somyurek. It would also require Parliament to sit.

Upper house MPs have expressed frustration that the Legislative Council did not sit as scheduled last week. Professor Sutton has recommended that regional MPs should quarantine for 14 days after they attend Parliament.

The government will begin briefing crossbench MPs on its plans this week.

Sustainable Australia Party MP Clifford Hayes said he would oppose any changes that represented an indefinite extension of the state of emergency.

“I am hearing a lot of concern about this issue," he said.

"Of course it is not realistic to expect a state of emergency to be declared forever. If they are asking for indefinite suspension of civil liberties, that is a big one to swallow."

Ms Patten said she recognised the need for the government to be able to act quickly in a pandemic but this did not require a "blanket state of emergency".

"We can’t live in that constant, raised state," she said.

"It is just not mentally feasible. We need to start looking at how we recover, not seeing the only solution as closing things down."