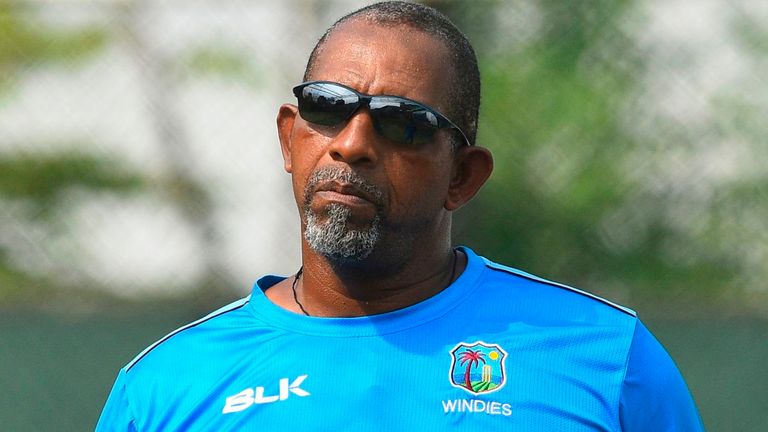 Simmons left Manchester’s Emirates Old Trafford – where the West Indies are living and training in a ‘bio-secure bubble’ ahead of their Test series against England – to go to the funeral on Friday.

Simmons is now self-isolating in his hotel room at Old Trafford, but will rejoin training if he tests negative for coronavirus. He has already done so twice since the West Indies’ training camp began.

Simmons’ decision was heavily criticised by Barbados Cricket Association president Conde Riley, who wrote a letter demanding the “immediate removal” of Simmons from his role as head coach for his “inconsiderate and reckless” actions.

But CWI said on Sunday that Simmons had been given permission to attend the funeral, and Skerritt added: “I want to assure West Indies cricket fans that Phil Simmons still has the full backing of CWI, no matter what has been said.