Kourtney Kardashian ‘loves’ many things about Travis Barker. A source explains why she likes the Blink-182 drummer and has such a ‘passionate romance’ with him! 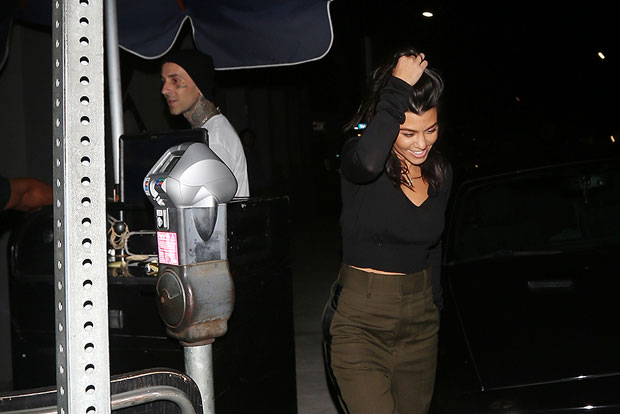 As for what has been pushing Travis to chase all of these ventures (and this new romance with Kourtney), he just “lives life to the fullest ever since his plane crash,” a second source EXCLUSIVELY tells HollywoodLife. Travis was just one of the two survivors of the Learjet 60 business jet plane crash that happened in South Carolina in 2008. Sadly, six people died from the crash, which left Travis with second and third degree burns.

“He doesn’t and will not do anything half-a**ed,” our second source continues, in light of the tragedy that happened more than 12 years ago. “And his relationship with Kourtney is very important to him because he has known her for a very long time, he respects her as a person and a mother, and he really enjoys the times they have with each other. They have an amazing connection, and she loves the love of life that he has and really takes that energy to their relationship, it makes everything feel very alive.”

Kourtney and Travis also have a special connection since they have been Calabasas neighbors since 2007. This led their children to eventually become friends as well! “Kourtney and Khloe [Kardashian] live on the same street as us and [Travis’s kids] Landon and Alabama are very close with [Kourtney’s kids] Mason and Penelope,” Travis once told Entertainment Tonight in 2017.