When my son was a toddler, like most small children, he loved everyone. He understood the fluidity of gender because we talked about it often. We read books like My Princess Boy, 10,000 Dresses, and The Boy With Pink Hair. My queer identity and core belief that gender is a social construct devoid of meaning are important to me, and these values are central to how I parent. My son knew that toys, colors, clothes, and hobbies were not only ‘for boys’ or ‘for girls’, he knew he was free to choose how he played and how he dressed. When other kids said his pink tutu was too girly for him, he’d assert that there’s no such thing as ‘boy’ colors or ‘girl’ colors and that his tutu made him happy. 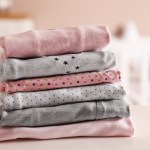 But I stopped talking about gender with my son when he was in elementary school because I thought I had laid a strong foundation — and that was a mistake. I forgot how all-encompassing societal norms can be, and without an ongoing dialogue, my compassionate and loving child turned into a teenager who clings to gender norms and expectations. I won’t make this same mistake with my younger children.

Our kids and teens are constantly bombarded with messaging about how to be an appropriate boy or girl and the consequences of getting it wrong, and when I let the conversation drop, feeling like I had done a decent job of sharing my values with my son, his peers and our culture at large stepped right in where I left off. It’s not enough that I shared my values with my kids in their early years; if I want to help them grow into young adults who feel free to express their authentic selves to the world, I have to be continuously explicit in my views and values.

I’ve always encouraged gender-neutral play and dress. I love neutral tones and shades of gray and prefer open-ended toys for my children. When my oldest was young I made sure he had a variety of toys, from cars, trucks, and superheroes to Barbies, cooking utensils, and baby dolls. But in attempting to disrupt gender norms and expectations for my children, I’m fighting an uphill battle. According to the Mayo Clinic, most kids develop the ability to recognize and label stereotypical gender groups by the age of 24 months, and they can categorize their own gender by age 3. By age 6, most kids are rigid about gender stereotypes and preferences.

As a parent of three, this doesn’t surprise me. Walk into any toy store or children’s boutique and the intensity of gender norms is apparent. From the toy and clothes selection down to the packaging and signage, we’re telling our children, in no uncertain terms, what they should find interesting and how they should dress at an early age. “Gender-typed play behaviors begin in preschool and continue throughout childhood,” writes psychology professor and researcher Erica S. Weisgram in Reducing Gender Stereotypes in Toys and Play for Smarter, Stronger, and Kinder Kids. “These play behaviors include gender-typed toy interests, gender-typed play styles, and gender-segregated playgroups. Gender segregation becomes tightly interwoven with gender-typed play styles.”

The problem: This unequivocally limits our kids. By telling them how they should play, and who they should play with, we’re limiting the range of interests, skills, and hobbies they will develop into adulthood. Unknowingly or not, we’re ensuring our girls develop one set of skills while our boys develop another. We’re instructing them to fit into one of two socially constructed boxes without any wiggle room for personal exploration or expression. Not only does this hurt the kids who don’t identify with the gender they were assigned at birth, or kids who refuse to be defined by any one box, it also hurts our children who willingly subscribe to gender norms and expectations. Gender norms limit us all.

Gender norms limit us all.

What can parents do?

Still, there’s hope. Weisgram explains how we can disrupt this process by “reducing the use of gender as a category, explicitly explaining and refuting gender stereotypes, and increasing the complexity of gender categories by depicting gender diversity.” These steps are easy enough to put into practice: the next time you address a group of children, use gender-neutral language. (Think: “Alright kids, listen up” instead of “Listen up girls and boys.”) If you’re splitting kids into groups, don’t use gender as your dividing line — encourage play between girls and boys as often as you can.

This is an area where implicit support is not enough; it’s not enough to believe your daughter can be a firefighter someday or your son can be a nurse — you must have the conversations. Even very young children can understand that we expect girls to be soft, caring, and agreeable and boys to be strong, powerful, and in charge. In fact, they understand this before they can even verbalize it, so start these conversations young. When your son says to you that girls can’t be firefighters, contradict the assumption and also share examples with him of female firefighters. Books, TV shows, even Google can be excellent resources for this conversation. We must not only tell our children that gender stereotypes are not accurate, but we must also show them a world where people are not limited by their gender.

We must not only tell our children that gender stereotypes are not accurate, but we must also show them a world where people are not limited by their gender.

Not doing so can actually hurt our kids. “Gender norms can be harmful when children are made to feel that some parts of them are more desirable than others,” child and family therapist Kara Chavez tells SheKnows. “When children are given messages about how their play is ‘right’ or ‘wrong’ based on their (perceived) gender, this can reflect on what they feel is right or wrong about them.”

She continues, “Play is kids’ language, so any play that is encouraged or discouraged based on gender impacts how the child views themselves. If something is discouraged because of their gender, the child can feel that part of them is not okay or shameful.” This extends to how they view other children, as well. My daughter’s authentic interests may include glitter, princesses, and baby dolls, but I don’t want her making fun of her friends for living outside of gender expectations. We want our children to forge daring, authentic lives — and also be compassionate, accepting, and open-minded.

So… how do we have these ongoing conversations with our kids? “I would suggest speaking about gender norms frequently, as children and teens observe media with messages about gender,” Chavez says. “Asking kids if they noticed the types of activities presented as ‘okay’ for their gender. Sharing movies and books that present gender-neutral people or people engaging in activities outside of their gender norm is such a powerful way to help our kids realize that you will support them no matter how they decide to live in relation to gender roles.”

Chavez continues, “When children are overheard talking about, or speak to caregivers about, what they believe is okay or not okay for them to do based on gender, adults can ask why they think that and present examples of how it is okay for them to follow their own likes and dislikes outside of these norms.” These conversations will help us to build the world we wished we had as children; a world where children can explore all of their likes and interests, be friends with all kinds of people, and express themselves free from judgment or punishment.

I grew up with a desire to be what was expected of me: feminine, demure, virginal. A woman with a good head on her shoulders who knew her place — at home. These expectations were suffocating. As a young adult, my world exploded. I met women with unshaven legs who loved their bodies unapologetically. I met non-binary folks who rejected the categories altogether and were their most true, authentic selves. It was incredibly liberating to see a world not defined by gendered expectations. I don’t want my children to grow up with the same limiting worldview that I had. These norms and expectations still have a vise-like grip on many of our communities. We can liberate our children from the expectations we had to suffer through by rejecting these socially constructed categories and talking with our kids about gender early and often. We all want our children to grow into compassionate, authentic adults, which means we must put in the work while we still can.

Watch: What Supporting the LGBTQIA+ Community Looks Like for Gen Z

Before you go, check out our favorite ethical toy brands: