She’s a top CEO and serial glassceiling smasher, who interviewed Fidel Castro in her swimsuit and is best friends with Jane Fonda. In her uplifting bestseller Pat Mitchell says: Why women over SIXTY cope so well in a crisis and will emerge STRONGER than ever

What are the qualities we most value in a crisis? Experience, competence, calmness, wisdom. All of which, says Pat Mitchell, the 77-year-old media mogul and grandmother of 13, are possessed in spades by women in midlife and beyond.

Named one of the world’s most powerful women over 50 by The Huffington Post, Mitchell sees in the current cohort of over-60s an extraordinarily rich asset.

‘I believe women over 60 are facing this [pandemic] danger with innovation and determination and the skills to contribute to shaping a new reality for the ways we work, interact and live,’ she says.

Her own life is proof that women can do anything they set their minds to. A serial glass-ceiling-smasher who has been reporting on women’s stories for five decades, Mitchell was a White House reporter in the 1970s and counted Elizabeth Taylor as a fan. 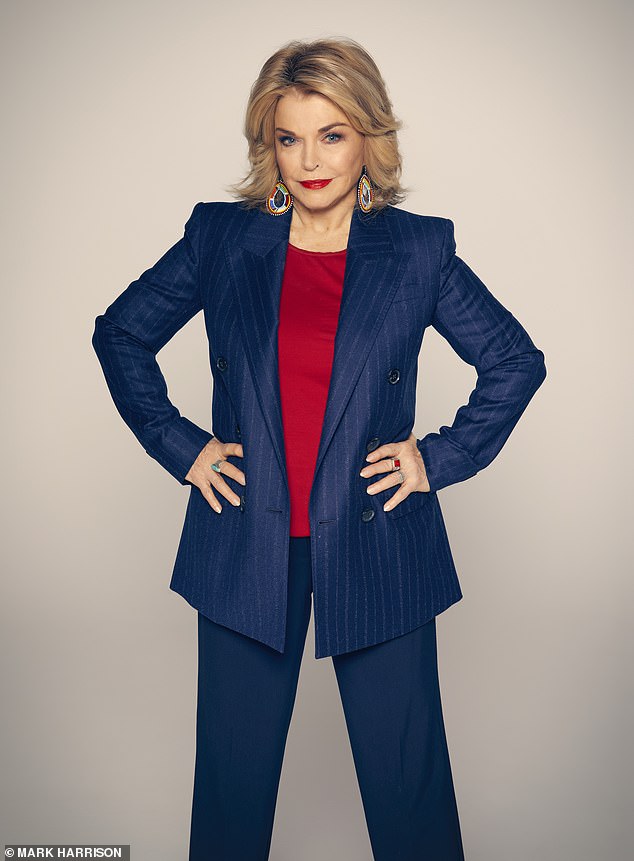 Pat Mitchell, 77, (pictured) from Georgia, explained why midlife women are the best prepared emotionally for an emergency

In 1983, age 40, she was the first woman in the U.S. to produce and host her own national daytime series, Woman To Woman — at a time when discussing women’s issues on TV was considered a financial liability. Oprah has credited it with paving the way for her chat show.

TV mogul Ted Turner recruited her in the 1990s as the first female CEO of CNN Productions. She interviewed world leaders Mikhail Gorbachev and Fidel Castro (once in her swimsuit, because Castro summoned her off the beach in Cuba), and was executive producer on documentaries that received 35 Emmy Awards and two Oscar nominations.

Later she was the first female president and CEO of PBS, America’s public broadcasting channel, which went on to co-produce Downton Abbey.

Now she has written a book, Becoming A Dangerous Woman: Embracing Risk To Change The World, in which she issues a call to arms to older women — in your mature years, it’s time to be fearless, speak out and support other women. Midlife women, she argues, can become the most powerful community on earth.

There are a billion women aged over 50 in the world, she reminds me. ‘And let’s not forget we have the media power in our hands now. Women are the most active users of social media — using it to communicate, yes, but also to organise and campaign.’

By the time they are 60, she reasons, many women have already handled a lot of change (divorce, bereavement, redundancy and, of course, the menopause). So they are more emotionally prepared for disappointment and having to cope in an emergency than many men or younger workers.

‘We are more flexible because we’ve had to think about life in different terms,’ she says. 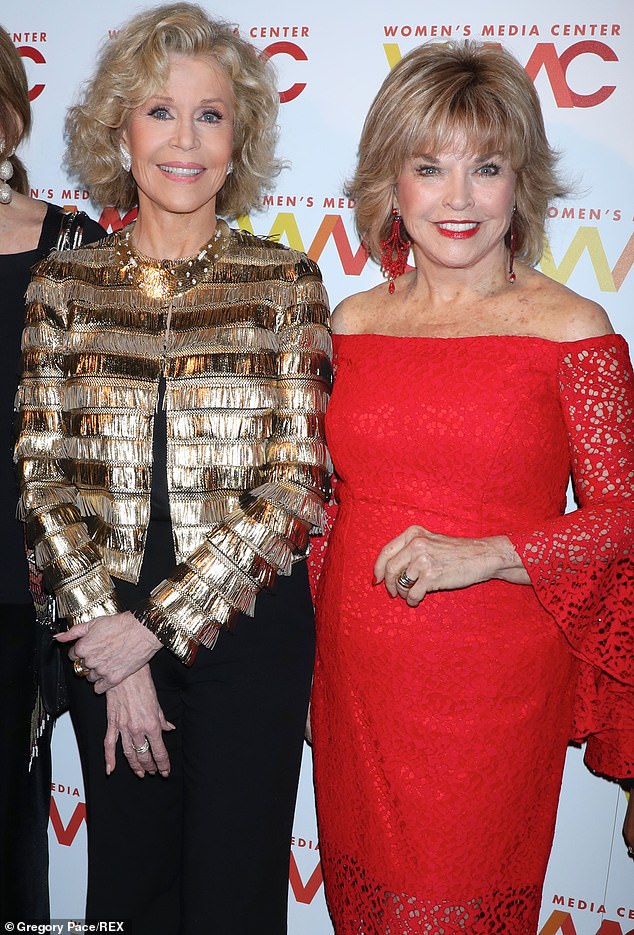 Pat claims women love to communicate and stay connected, those over age 60 shouldn’t feel daunted at having to use technology in new ways. Pictured: Pat with Jane Fonda

It is a point that seems all the more relevant now, with so much disruption to working lives during the pandemic. Many women over 60 are remote-working or using technology in new ways.

But this, rather than being a reason to feel daunted, is a chance for older women to show they are just as tech-savvy as the younger generation, says Mitchell.

‘Let’s remember that women are prepared for this challenge, having been among the first to take up the digital revolution, especially social media,’ she says.

‘After all, women love to communicate and stay connected. Social media was made for us!’

More than that, we need wise heads in the workplace now, she adds, whether on Skype, via email or on Zoom: ‘Women are already creating virtual community forums where neighbours are convening to determine how to support and share information.’

Pat and her colleagues are used to chairing virtual board meetings and giving talks via the internet.

‘I’m part of the group of Connected Women Leaders (CWL), an initiative to share learning and problem-solve together, led by women over 60. We’re planning digital forums on the impact of the pandemic on climate, food security, women’s health and ending domestic violence.’ 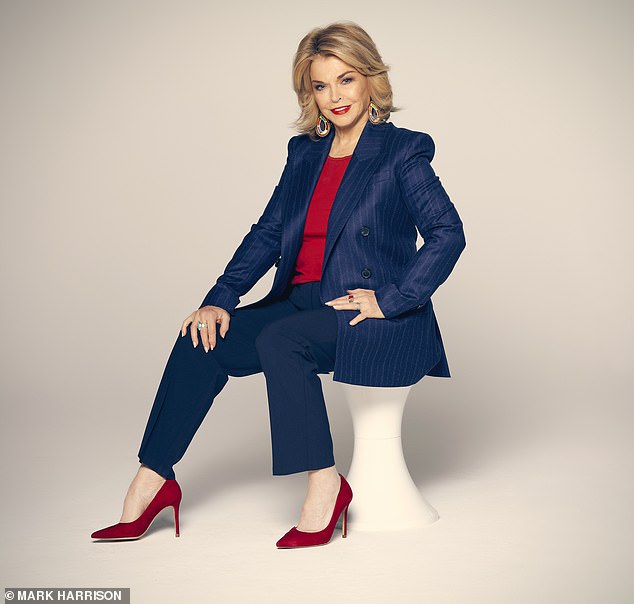 Not so long ago, she says, post-menopausal women were largely considered redundant — valued for grandmothering and caregiving but not much else.

‘Regrettably, we were taught to consider ourselves less worthy because we were no longer earning as much money.’

But a big social shift was already under way before the current crisis. This month, the Office for National Statistics revealed that more women aged 60 to 64 are in work than not.

That is partly because of the change in the state pension age from 60 to 65, in line with men (and to 66 by October this year). It is also partly down to better diet and healthcare, which mean mature women can stay more economically independent than before.

But Mitchell believes there is something else at play, too. Women become more ‘dangerous’ as they age and are less willing to back out of public life quietly.

‘I’m ready to take more risks and be less polite,’ she says. ‘As a young woman I had to care so much about what other people thought. With age, you can be a lot more straightforward about saying what you think and feel.’

She is certainly rewriting the rules for the ‘third act’, alongside friends such as the actresses Jane Fonda, 82; Sally Field, 73; and Glenn Close, also 73, as well as the fearless U.S. politician Nancy Pelosi, 80, who is the tactician behind the investigation that resulted in President Trump’s impeachment hearing last December. Age is a privilege, she insists. 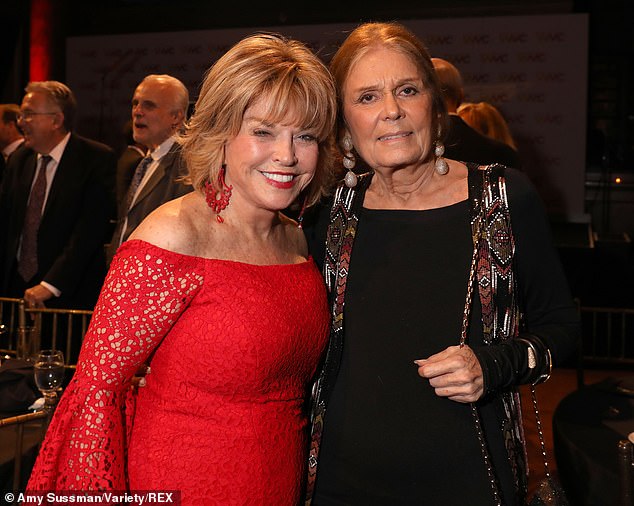 ‘At 77, I clearly have less to lose and I’m not trying to prove anything any more. And that gives you a kind of freedom.’

Today, Mitchell chairs the board of Robert Redford’s Sundance Institute, which supports independent film-makers. As well as producing the Sundance Film Festival, she also co-founded TEDWomen ten years ago, a global conference for women to share their big ideas in 15-minute talks watched by millions online.

‘I don’t understand that word “retirement”,’ she says. ‘It’s not healthy. It’s retiring from life. If you quit a full-time job or have the ability to not work full-time, what a great opportunity that is to do so many other things.’

She thinks that, rather than retire, we should ‘rewire’ and do things we were told we couldn’t do before, whether that means continuing to work or finding a meaningful project or business.

‘I want to say to women: “At this time in our lives we have more choice about what to do with our time, our money, our experience.’

HOW TO MAX YOUR SIXTIES BY PAT MITCHELL

We meet during the recent WOW (Women of the World) festival in London, where Sandi Toksvig, 61, introduces Mitchell on stage as one of her all-time heroines. Today she is dressed in leather trousers, high-heeled boots and lots of jewellery.

‘My grandchildren call my necklaces my special effects and complain when I don’t wear them,’ she says.

Mitchell is honest about her striking appearance. Pressured by studio bosses, she had ‘a little nip and tuck’ in her 40s. ‘I was told: “Get a facelift if you want to stay on television.” ’

‘When I talk to these women, they tell me: “I have never been more qualified to do this job. I don’t have the distraction of my children. I can work hours I couldn’t have worked at 40 and 50.” ’

As she reveals in her new memoir, she wears a glamorous wash-and-wear wig, which has liberated her after spending a fortune on her fine hair.

‘My hair definitely held me back,’ she says. ‘If I could even begin to calculate the number of hours I spent washing, backcombing, spraying… I could have been President in that time.’

In fact, she advised Hillary Clinton to get a wig, but Hillary laughed and said the Press would be bound to get hold of the story.

Mitchell is just as open about admitting she wouldn’t have coped with the menopause without HRT. 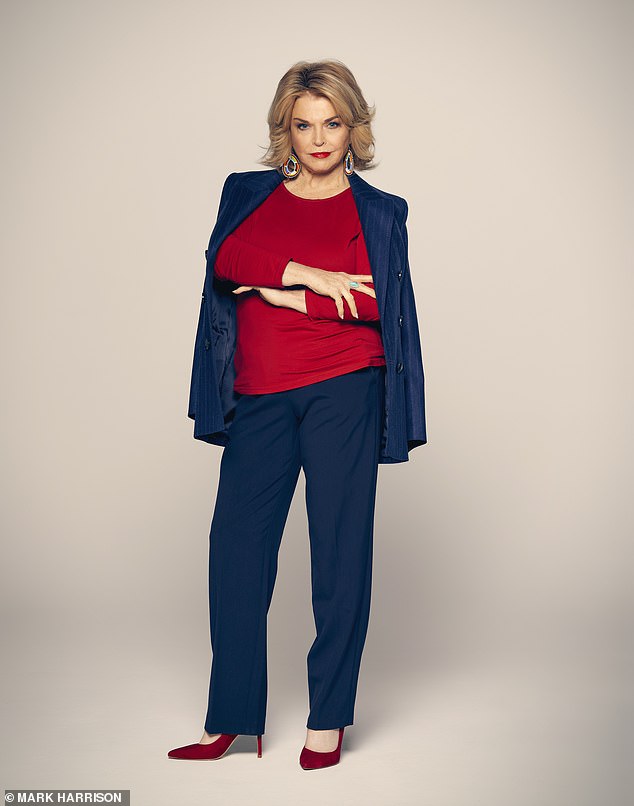 Pat (pictured) who was ‘barely 40’ when she began the menopause, emphasises the importance of hormone therapy

‘I was barely 40, so I cannot emphasise enough the importance of hormone replacement therapy. At that time I was travelling the world as a war correspondent and I had terrible debilitating symptoms.’

In contrast to the growing outspokenness around menopause today, she remembers that her own mother ‘just disappeared from our lives for a time’ because of the culture of silence.

Growing up in rural south Georgia, on a small cotton farm with no electricity, Mitchell propelled herself forward. A former college teacher, she started her television career in Boston in 1972 as a divorced single mother (her son Mark was born when she was 22).

Boyfriends often resented her commitment to her career. It was only when she was 54 that she met her second husband, businessman and environmentalist Scott Seydel, through matchmakers Ted Turner and his then-wife Jane Fonda.

‘I expected a Southern businessman who brought up five children on his own to be the opposite of what I wanted. So to find out that he was the best partner was a surprise.’

It helps that Scott is a workaholic too: ‘Fortunately my husband is still working at 80.’

There is another reason why it took her a long time to trust in an adult relationship. She reveals in her book that her late father sexually assaulted her.

Pat (pictured) reveals in her book that her late father sexually assaulted her, she recalls being too afraid to confront him

‘Like many incest survivors, I was too afraid to confront him, destroy my “perfect” image.’

But telling the truth is a vital part of liberating yourself in older age, she says.

Today, Pat and Scott have been married for 20 years. But despite being a step-grandmother, she doesn’t plan to take it easy yet.

‘I could relax and think: at most I have another 15, 20 years, so why not spend it that way? But then I look at my grandchildren and I get angry about all the things they’re going to have to deal with. So that motivates me not just to settle in and be OK about my life.’

Mitchell marched during the Civil Rights and Women’s Rights movements. Now, she regularly gets arrested with Jane Fonda at climate change demos (they call them ‘Fire Drill Fridays’).

Being kept in a freezing holding pen is less fun in your late 70s, she says.

‘We spent 12 hours handcuffed and that’s not a comfortable thing. Try going to the Ladies with your hands cuffed.’

But life is not a brief candle, she says — instead, it’s ‘a splendid torch to be thoroughly used up at the end of the journey’.

Becoming A Dangerous Woman: Embracing Risk To Change The World is out now (£20, Seal Press)