Winona Ryder and Vanessa Paradis both gave powerful statements defending Johnny Depp against “wife beater” claims in his UK court case — saying they never saw violence in a combined 18 years with him.

Depp’s ex-fiancée Ryder, 48, and Paradis — the 47-year-old mother of his two children — had both wanted to give evidence via videolink to defend the actor in his explosive libel case against The Sun newspaper.

Although it was announced Thursday that they were no longer being called, the court released full witness statements by both women declaring their shock at the abuse allegations made by their ex’s former wife, Amber Heard.

Ryder, who was engaged to Depp during her four-year relationship in the 1990s, wrote:

“I am aware of the violence allegations that have been made publicly for the last few years by Johnny Depp’s ex-wife Amber Heard.

“I knew Johnny very well years ago. We were together as a couple for four years, and I counted him as my best friend, and as close to me as family. I count our relationship as one of the more significant relationships of my life.

“I understand that it is very important that I speak from my own experience, as I obviously was not there during his marriage to Amber, but, from my experience, which was so wildly different, I was absolutely shocked, confused and upset when I heard the accusations against him.

“The idea that he is an incredibly violent person is the farthest thing from the Johnny I knew and loved.

“I truly and honestly only know him as a really good man – an incredibly loving, extremely caring guy who was so very protective of me and the people that he loves, and I felt so very, very safe with him. 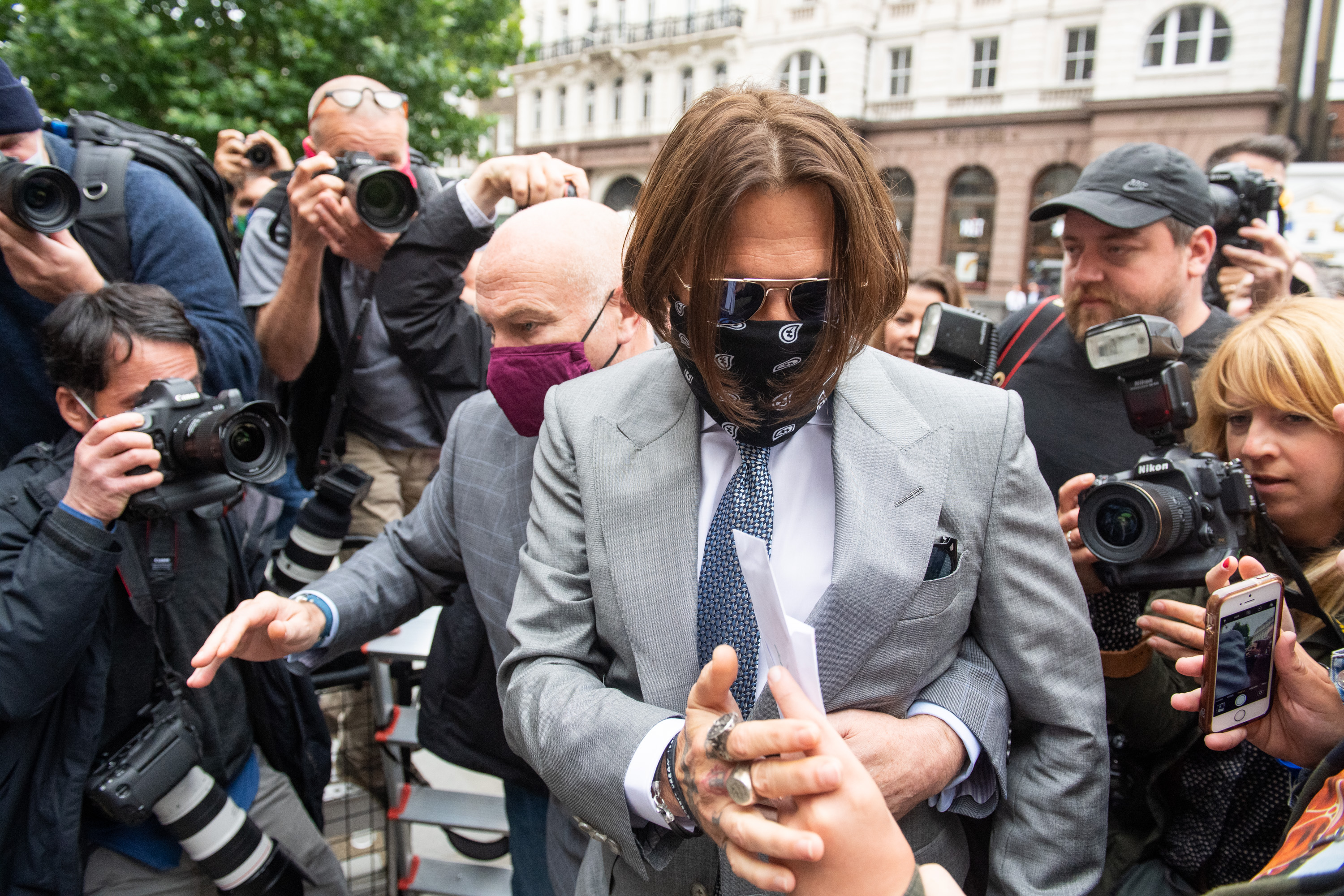 “I do not want to call anyone a liar but from my experience of Johnny, it is impossible to believe that such horrific allegations are true. I find it extremely upsetting, knowing him as I do.”

Paradis — who was with Depp for 14 years until 2012, just before he met Heard and was accused of repeatedly beating her — wrote:

“I work as a musician, singer-songwriter, actress, and fashion model. I have known Johnny for more than 25 years. We’ve been partners for 14 years and we raised our two children together.

“Through all these years I’ve known Johnny to be a kind, attentive, generous and non-violent person and father.

“On movie sets the actors, directors and entire crews adore him because he is humble and respectful to everyone, as well as being one of the best actors we’ve seen.

“I am aware of the allegations which Amber Heard has publicly accused Johnny of for more than four years now.

“This is nothing like the true Johnny I have known, and from my personal experience of many years, I can say he was never violent or abusive to me.

“I have seen that these outrageous statements have been really distressing, and also caused damage to his career because unfortunately people have gone on believing these false facts.

“This is so upsetting as he has helped so many persons in his personal and professional life, with kindness and generosity.”

Before the trial started last week, a spokeswoman for Heard, 34, had already insisted that the two women’s experiences had nothing to do with the claims of domestic abuse.

“We are glad they did not have the same experience as Ms. Heard,” the spokeswoman said of Ryder and Paradis.

“However, one woman’s experience does not determine the experience of another woman.”