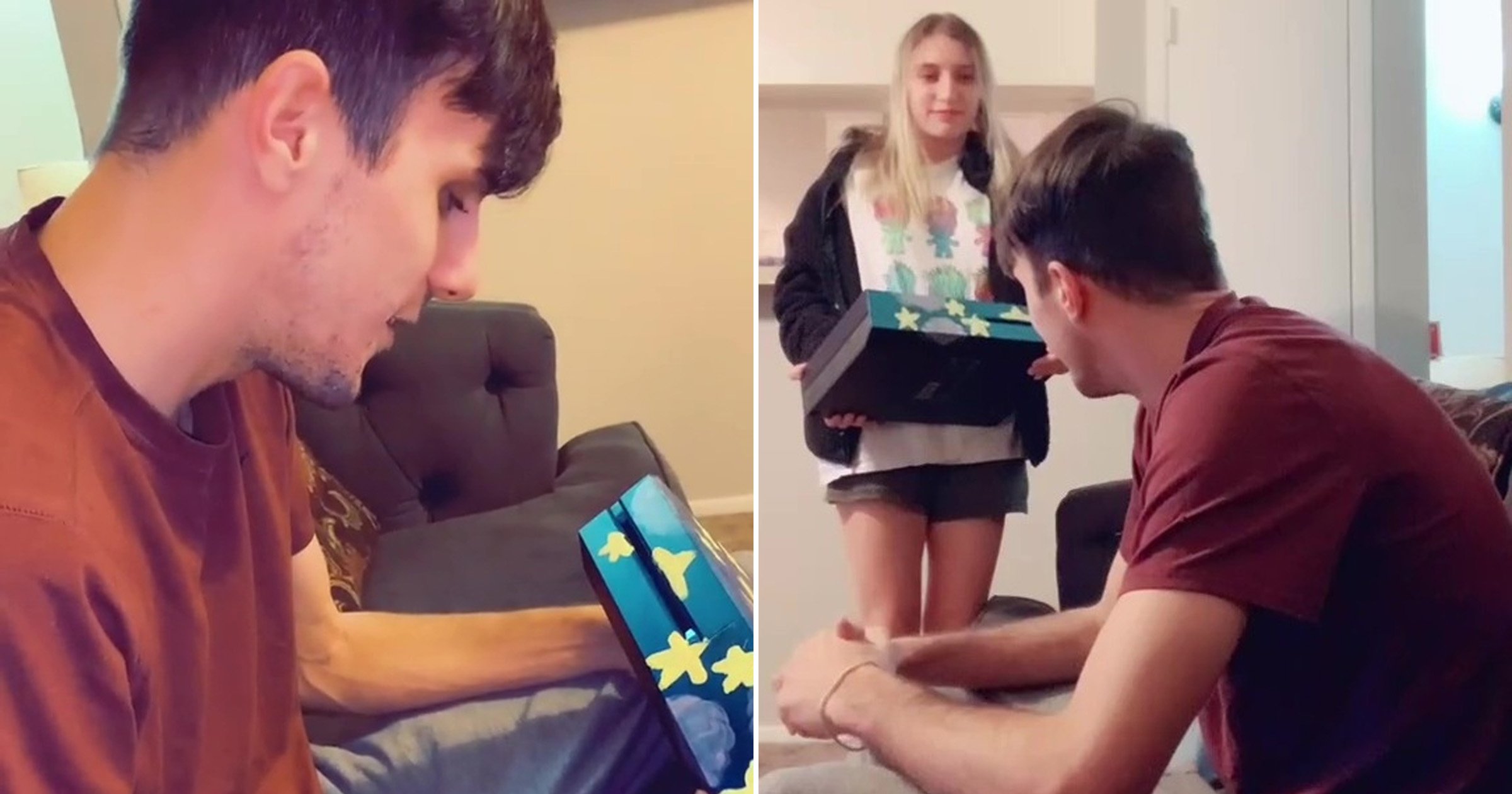 Homemade gifts can be thoughtful and sweet sometimes, but other times, people get it it oh so wrong.

One woman decided to give her boyfriend a painting for Valentine’s Day.

Cute, right? Not when you realise her canvas was his Xbox.

After seeing the trend on TikTok, she thought he might appreciate the snazzy new design.

Hayley filmed herself painting over the Xbox, adding multiple coatings before finishing off with some star patterns.

More than four million people tuned in to watch in awe of Hayley painting the games tech.

They then demanded to see her boyfriend’s reaction, and Hayley obliged.

She filmed a follow-up clip, revealing the present to him.

At first, the man is nonplussed, managing to let out ‘it’s a cute design’. By the end of the clip, he doesn’t look too pleased.

Hayley says in the initial video: ‘I saw this girl paint her PS5 and I thought it was a cute idea for V-day.’

She then gets to work on her boyfriend’s Xbox, adding a black base before painting over it with a vibrant blue colour.

Next, she adds some metallic clouds and finishes with some stars.

‘I hope he loves it. She’s gorgeous. Now let’s wait to surprise him.’ she says, before heading over to him to hand over the gift.

Seeing his reaction, Hayley realises he might not be too happy and asks him if he’s mad.

While he took the joke on the chin, viewers were enraged on his behalf.

‘Bro he is dying inside!! one viewer wrote, with another adding: ‘He is holding back tears. And you think he’s impressed?’

‘I’m not even a gamer but this pisses me off,’ wrote one while another added: ‘I’m genuinely mad and I don’t even play Xbox. That would be the end of my relationship right there’.

Others said: ‘Why would you do that? It’s not even funny,’ and: ‘You realise you ruined his Xbox right?’

To those wondering whether paint does actually ruin Xboxes, it depends how you do it.

According website The Game Tech, you’ll need a bunch of products that can safely and efficiently paint over an Xbox.

If you don’t use items like primer, sandpaper, gloss, and more, you could end up damaging the device and getting paint into the vents which, if overheated, can be dangerous.

So if you want to jazz up any games devices, definitely check the best way to do so before you grab the brushes.

Do you have a story you want to share?