A woman has revealed her turmoil after her photos were stolen and used to create a fake Facebook page which was used spread a viral conspiracy theory about the coronavirus crisis.

Sarah-Louise Cooper, from Manchester, told BuzzFeed her photos were used to create a fake Facebook account for a woman named ‘Sarah Faith’.

The Sara Faith account went viral after sharing a story claiming that her uncle died of cancer, but his cause of death was listed coronavirus. 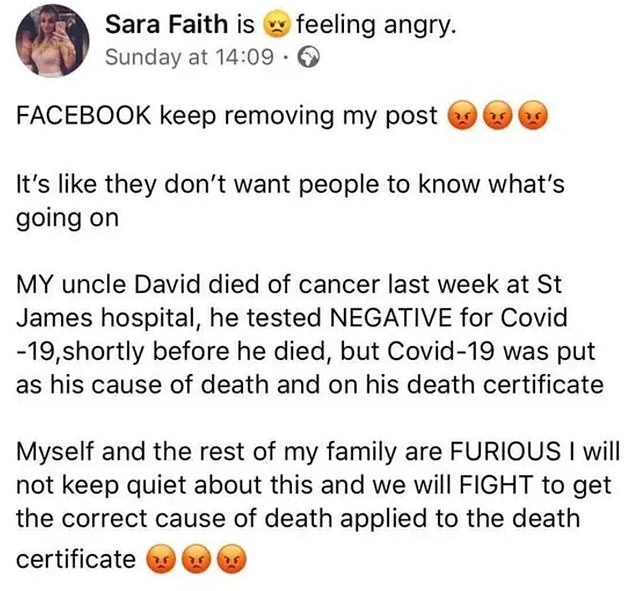 Sarah-Louise Cooper, from Manchester, told BuzzFeed , her photos were used by a now-deleted Facebook profile, of a made-up woman called Sara Faith

Conspiracy theorists claim COVID-19 is being listed as a false cause of death in order to inflate or distort the number of cases. It is one of a number of bizarre theories that have emerged during the crisis.

In a post that was shared more than 30,000 times, fake Facebook user Sarah Faith claims medics are manipulating figures to increase the death rate from Covid-19, which has taken more than 33,000 lives in the UK.

Sarah-Louise Cooper told the publication she doesn’t have an uncle called David, and was alerted o the post when it was spotted by a colleague.

‘Every single photo is mine,’ she said. ‘It makes me laugh that people are that pathetic that they’ve got to use somebody else’s pictures.’

‘I have no words for this. They clearly think I’m better-looking than them.’

Britain today announced 494 more Covid-19 deaths, taking the official number of victims past 33,000 as the UK’s curve continues to flatten.

The new deaths from across all settings is down on the 627 yesterday and is also the lowest tally recorded on a Wednesday for six weeks.

Official figures released by the Department of Health also show 3,242 more people tested positive for the coronavirus – the lowest daily jump since March.

It means 229,705 Britons have been struck down with the illness since the outbreak began. But the true number is likely to be in the millions. 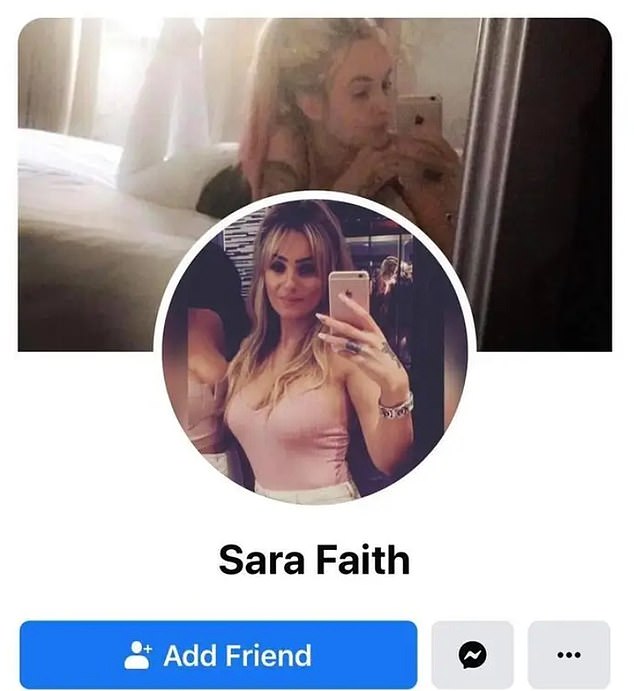 The Sara Faith account went viral after sharing a story claiming that her uncle died of cancer, but his cause of death was listed coronavirus.

Claims similar to the person posing as Sara are common on social media, and are often linked to anti-vaccination theories or conspiracies about government control.

Sarah added to BuzzFeed that the photos were taken from an inactive Instagram profile, which she deleted three years ago when her photos were stolen before.

The profile was again deleted, and she thought the issue had gone away until it appeared again.