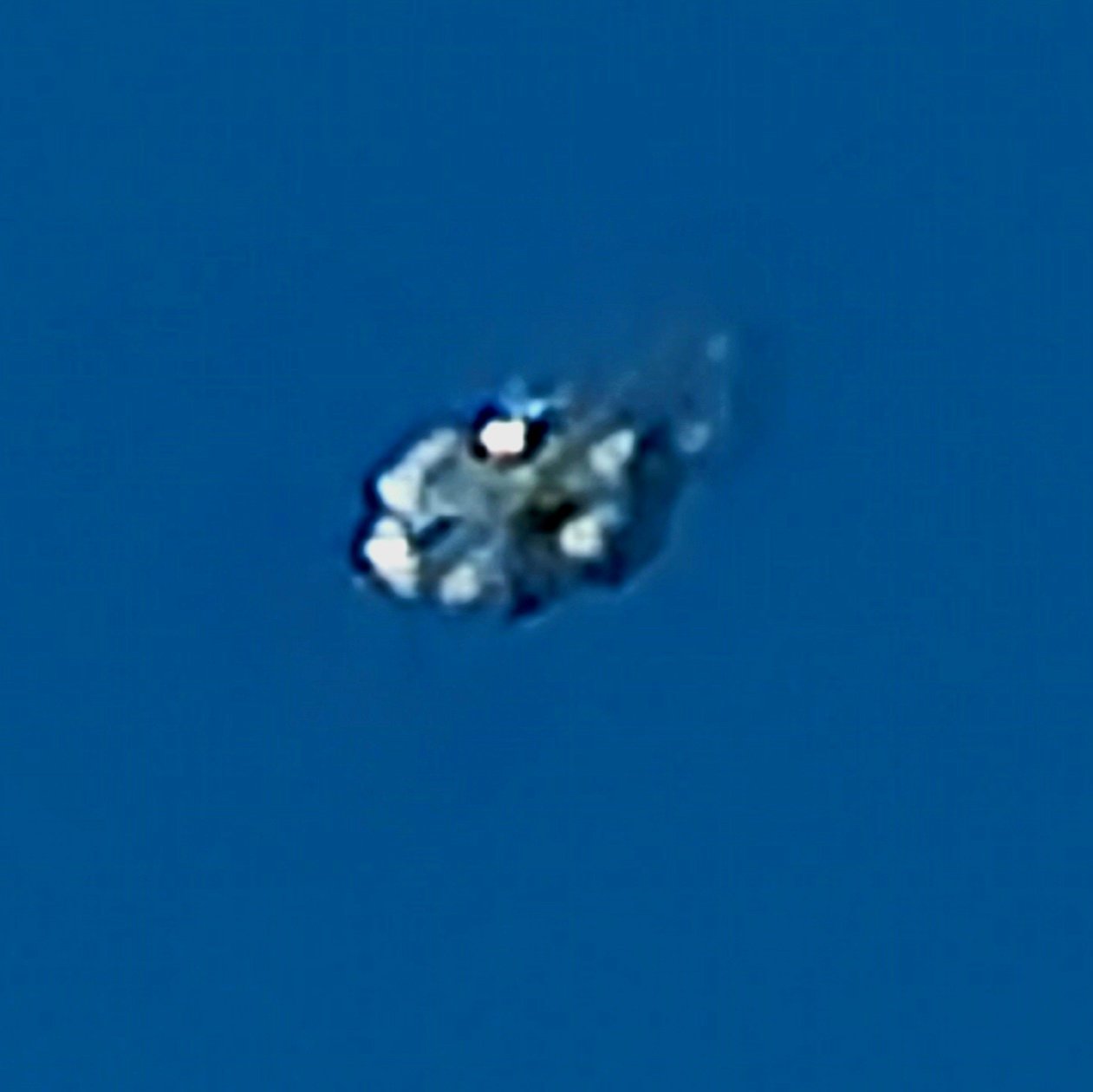 Aliens may have visited Worcester.

Local resident David Whittall snapped the above picture of a ‘UFO’ hovering above his garden on Saturday morning.

The shimmering white object appeared hanging over his garden in Spetchley at around 8.40am in the morning. Luckily, he managed to grab some pictures and a video of it before it disappeared.

He told local site Worcester News that it was ‘the weirdest thing he has ever seen’.

‘The unidentified flying object was segmented into six outer silver round shapes with a darker centre,’ he said. ‘It kept manoeuvring into a vertical position to horizontal and back again then after a couple of minutes it disappeared.’

‘It was travelling south towards Malvern. It was moving quite quickly and I would estimate the size to be roughly 5-6 metres in diameter.

‘The only explanation I can come up with is it could have been a weather balloon, however they usually look like a traditional balloon shape and this was a complex structure.’

Anyone else just seen a “UFO” over Worcester? #Worcester #ufo

Whether or not the pictured object is evidence of extra-terrestrial visitors remains to be discovered. But a whole cache of American documents relating to UFO sightings is on the cusp of being released to the public.

Attached to the bill was a provision requested by Sen. Marco Rubio who chairs the Senate Intelligence Committee to include ‘detailed analysis of unidentified phenomena data’ in restricted US airspace.

This provision, attached as a ‘committee comment’, also requests data and intelligence collected or held by the Office of Naval Intelligence.

It has previously been confirmed that the US has studied a range of futuristic technologies which would allow it to exercise global military dominance for decades to come. The programme is dedicated to exploring ‘ unexplained aerial phenomena’ and is believed to have written a 490-page report which collects together UFO sightings from around the world.

The report, which is being eagerly awaited by alien hunters on the internet, should be out before June 1.