THE world's first "sky pool" with a transparent floor suspended between tower blocks 115ft above London is nearing completon.

The pool was lifted into place in September, having been built in Colorado. 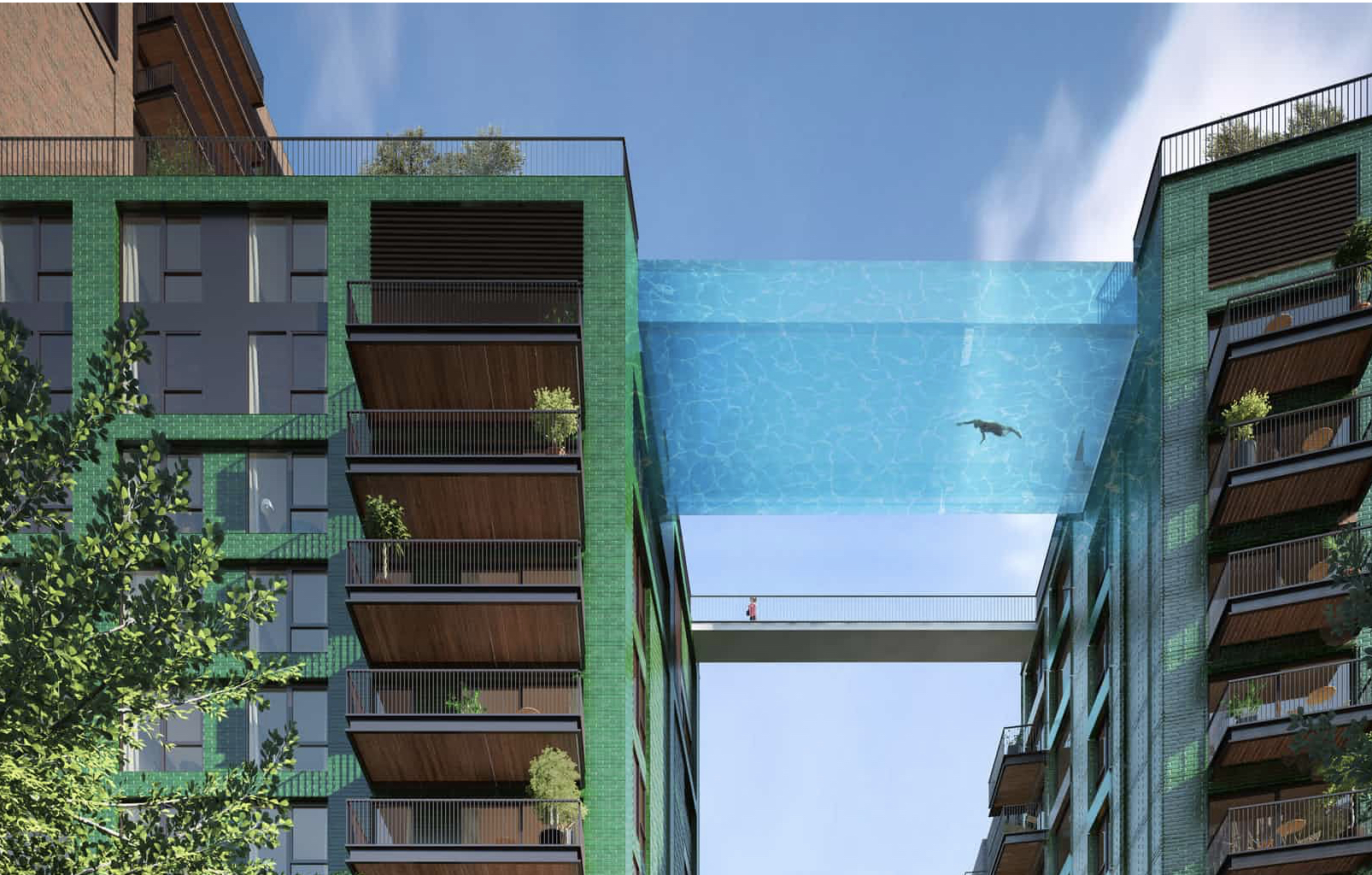 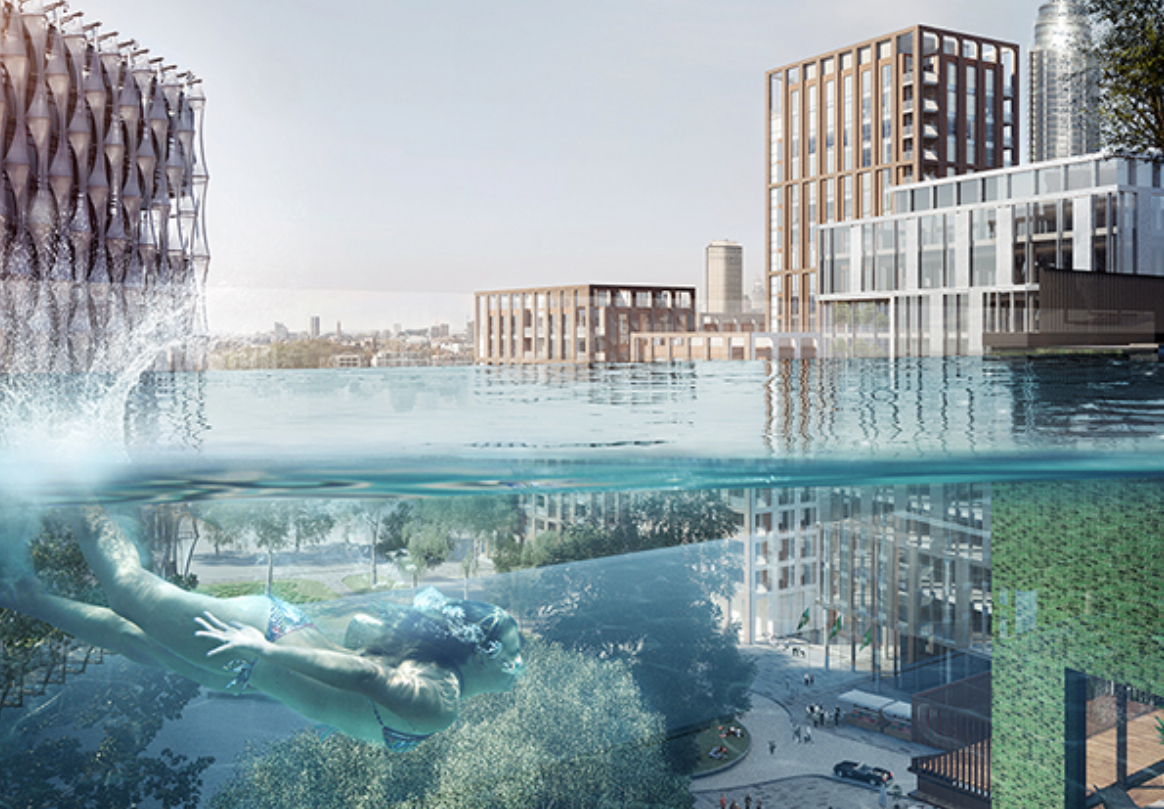 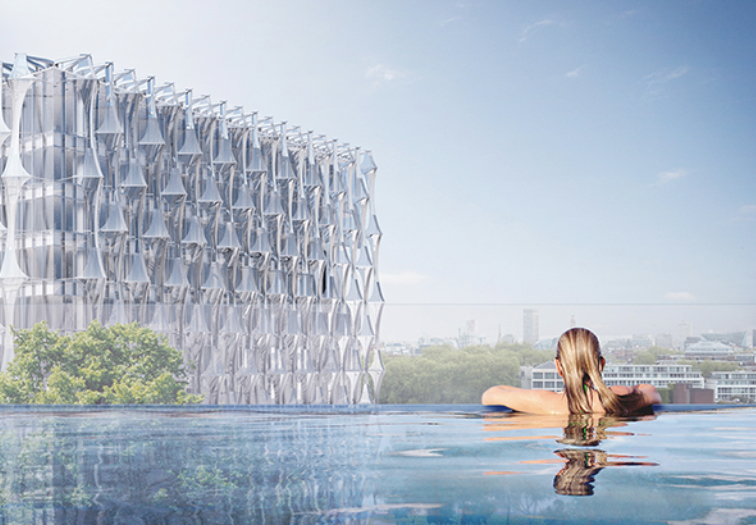 The complex will also feature a rooftop spa, bar and orangery.

It will be the centrepiece of the £1 billion Embassy Gardens development next to the US Embassy in South London.

The total cost of the pool is not yet known.

Originally scheduled to be ready by this summer, the pool has been delayed until next spring, according to Homes and Property.

The pool will offer views of Parliament, the London Eye and the city skyline.

Developers EcoWorld International previously said: "The opening next year will be a huge milestone for the development, and for the Nine Elms area more generally, as the pool really will be a spectacle that locals and visitors to the area alike will want to see.

"It is a product of unique ambition, innovation, perseverance and imagination, we hope both residents and businesses in the area will be proud to have the Sky Pool on their doorsteps." 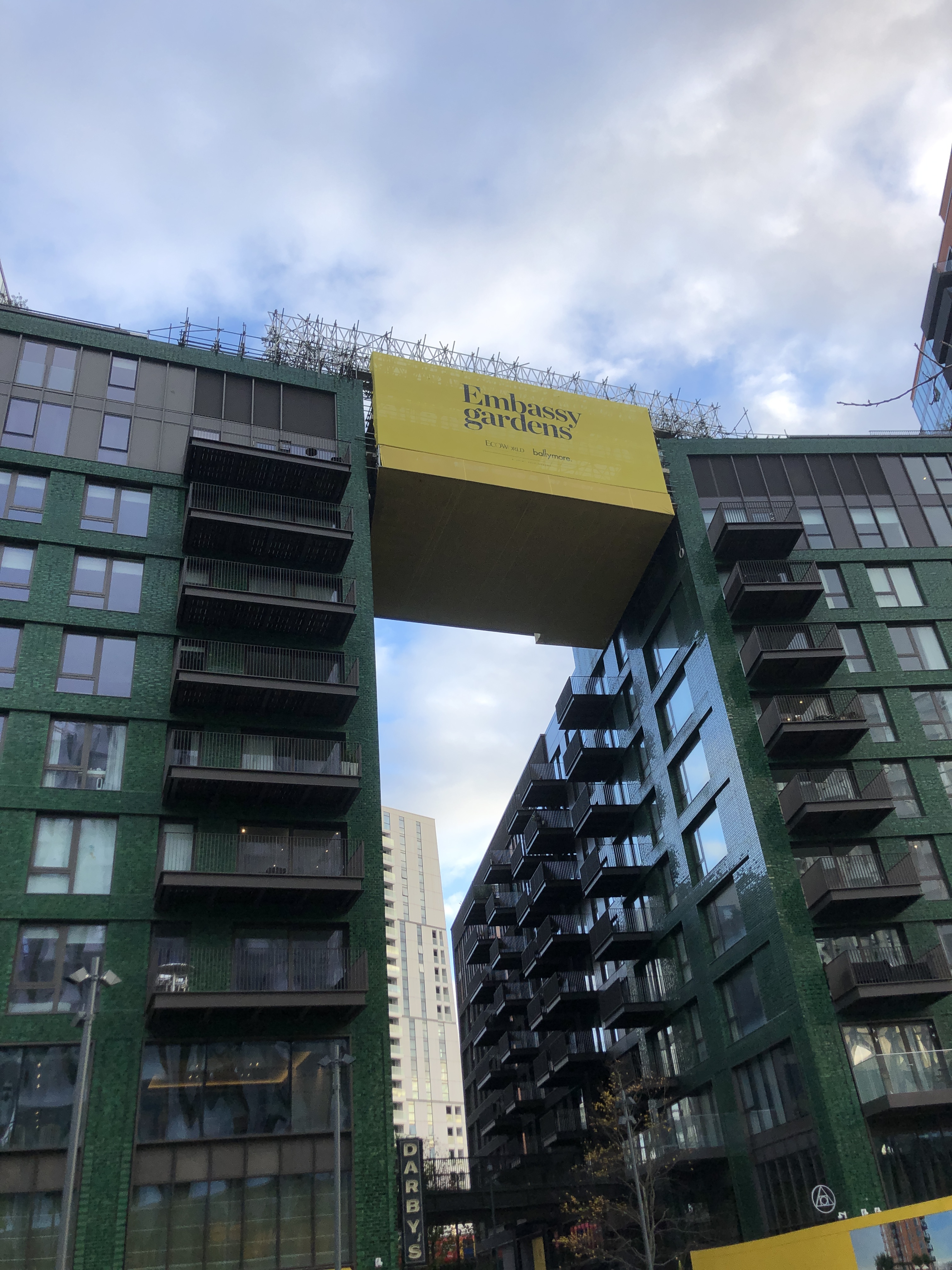 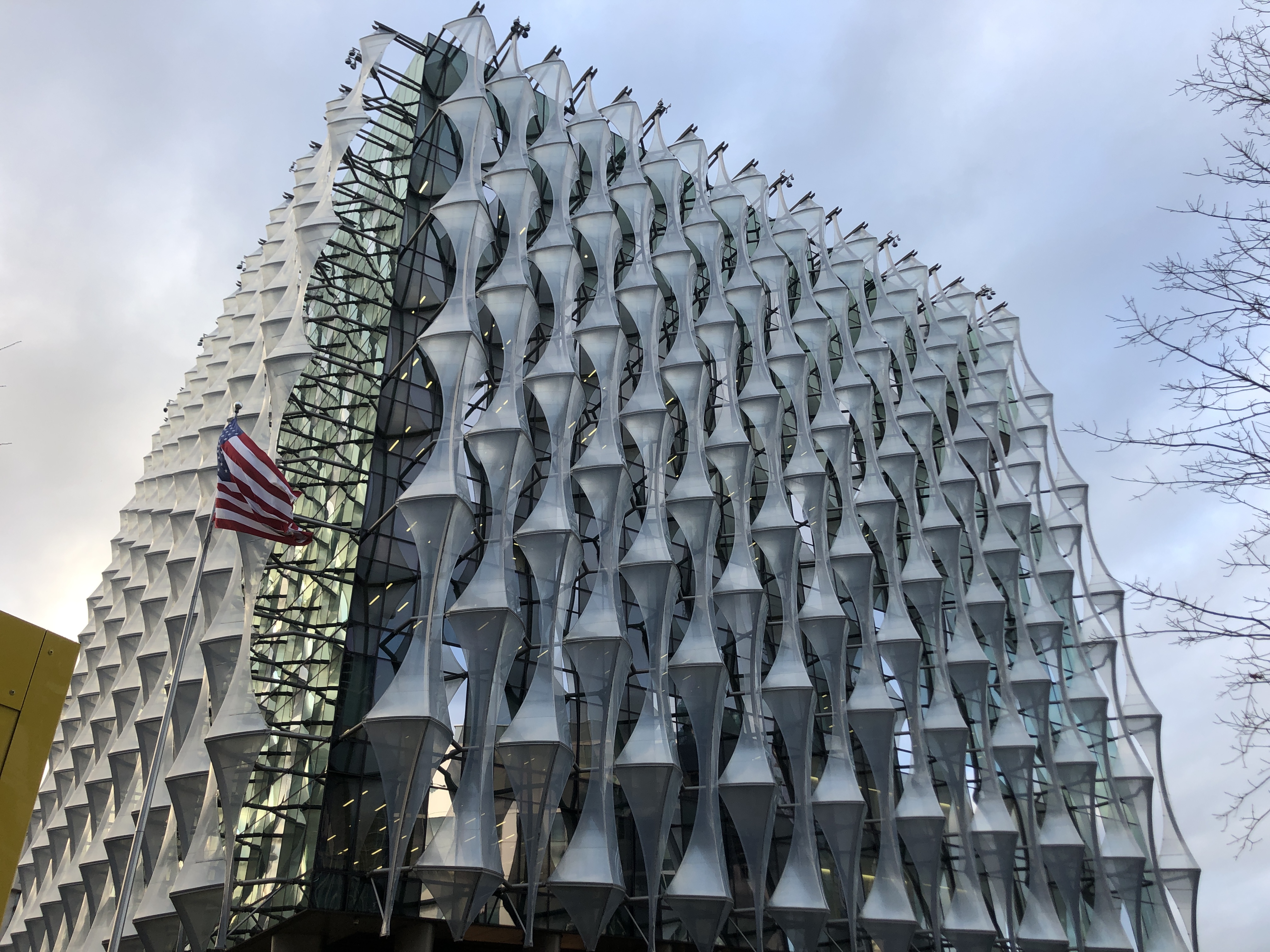