CHARLOTTE FLAIR added another accolade to her impressive collection as she became a two-time NXT Women's champion with a win over Rhea Ripley at WrestleMania 36.

However, many fans joked that they were forced to turn their TVs down for the dream clash that took place behind closed doors at WWE's Performance Center. 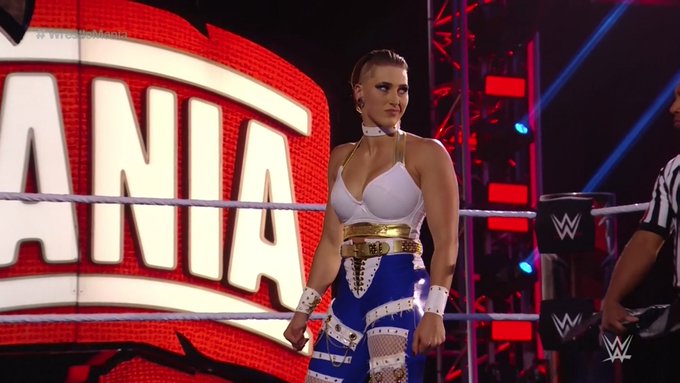 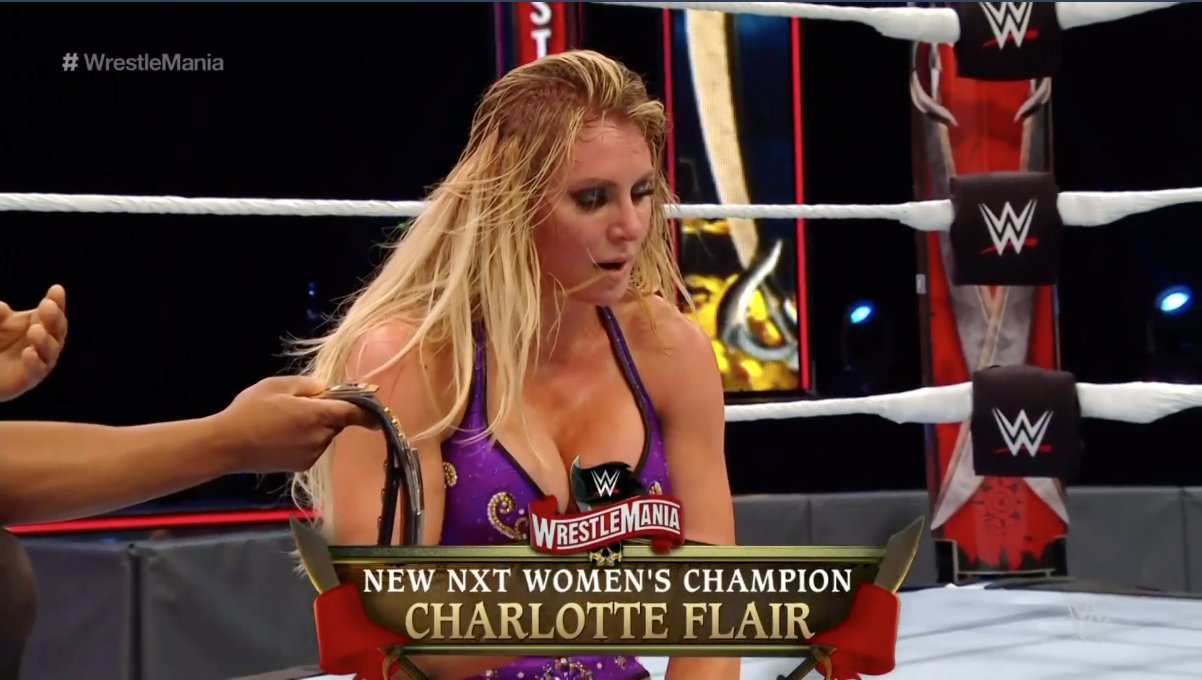 The Queen celebrated turning 34 by defeating Ripley to regain the belt she first won six years ago to become a 12-time champ.

In a massively physical battle featuring Figure Eight's, spears and chop blocks, both stars left it all out in the ring on the Grandest Stage of Them All.

Yet the intensity of the match coupled with an empty arena meant WWE cameras picked up every sound, with some fans distracted by the excessive grunting and moaning.

One tweeted: "Rhea and Charlotte are putting on a hell of a match and sound like a Williams Sisters tennis match."

Another said: "Charlotte and Rhea Ripley sound like they just overate at Chipotle."

A third cheekily added: "Otis and Mandy's Mania moment going sound like the noises during Rhea and Charlotte's match probably."

Although it seems that not all fans were distracted, with others appreciating the excessive noise to make up for the empty audience.

One more said: "Charlotte vs Rhea Ripley was very good as expected. It was very loud with all the grunting and screaming but at least there was noise. This is a good start to night 2."

This year's WrestleMania took place over two nights for the first time in history and was filmed at the WWE Performance Center due to the coronavirus pandemic.

It was due to be hosted in Tampa Bay, Florida, in front of a packed-out 70,000-plus crowd, but was axed last month.

While SunSport revealed behind the scenes of the Undertaker's epic Boneyard match against AJ Styles that took EIGHT hours to film.