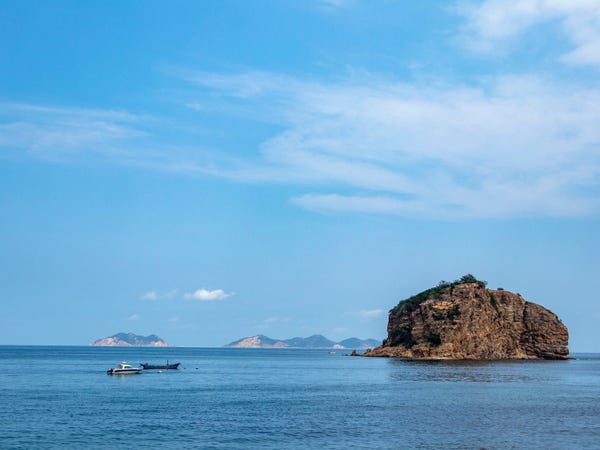 You don't have to buy an island to escape to your very own remote paradise. In China, you can now rent one, starting at a relatively affordable $535 a year for about 2.5 acres.

China's northeastern Liaoning province includes more than 500 uninhabited islands that its government has decided to put up for rent, according to local news reports curated by CNN. Only a fraction of Liaoning province's islands — 44 to be exact — are inhabited.

Some of the islands are located along the Yalu River, which forms the province's border with North Korea.

Of Liaoning province's uninhabited islands, the cheapest rental option on a complicated price matrix is $535, but prices rise as high as $3.6 million per 2.5 acres per year. Pricing follows a six-tier scale with development plans, the presence of marine wildlife, environmental concerns, and beaches factoring into costs.

Before you grab your tent, friends, and building supplies, keep in mind that anyone leasing an island will need to pony up more than just rent. They'll have to present detailed plans to the government and ensure projects don't require land reclamation or other complicated approaches, a measure partly aimed at protecting the environment. China has been criticized in recent years for wreaking havoc on marine habitats by dredging up land to build artificial islands.

Projects will also have to fall within nine approved categories including tourism, agriculture, fishing, and urban development.

Several islands in Liaoning province are currently being used for tourism with many having been developed into parks. The most popular of the islands, according to TripAdvisor, is known for its manicured gardens and rocky beaches.

Meena Thiruvengadam is a Travel + Leisure contributor who has visited 50 countries on six continents and 47 U.S. states. She loves historic plaques, wandering new streets, and walking on beaches. Find her on Twitter at @meena_thiru and on Instagram at @meenathiru.