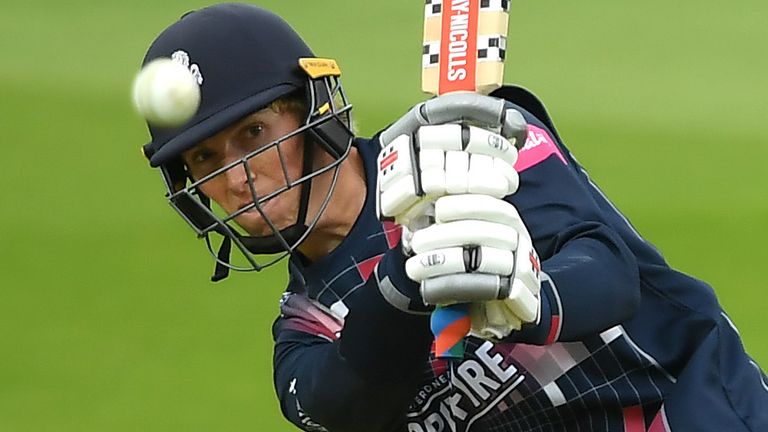 Zak Crawley smashed the first T20 century of his career as Kent Spitfires boosted their chances of a Vitality Blast quarter-final spot, coasting to an eight-wicket victory against Hampshire at the Ageas Bowl.

Crawley rattled up an unbeaten 108 from just 54 balls – including 14 fours and two sixes – to see the Spitfires home with ease as they chased down the target of 183 with 17 deliveries to spare. Hampshire vs Kent scorecard

The 22-year-old, who became the third-youngest batsman to score a Test double hundred when he hit 267 against Pakistan at the same venue last month, shared a century stand with Joe Denly – the man he replaced in the England side.

Hampshire, who have won just once so far in the South Group, posted 182-6 after being put in to bat, with James Fuller top-scoring with an unbeaten 50 from 23 balls.

However, the visitors made short work of their run chase as Crawley and Denly (38) put on 121 for the second wicket before Heino Kuhn (19 not out) saw them across the line in the 18th over.

Dan Lawrence starred with both bat and ball to ensure Essex Eagles moved off the bottom of the table and above Hampshire, belatedly registering the first win of their Blast campaign by overcoming Sussex Sharks at Hove.
Sussex vs Essex scorecard