In her element! Zara Tindall can’t contain her smiles as she takes to the saddle at Cornbury International Horse Trials

Zara Tindall appeared in her element today as she beamed while riding at the Cornbury International Horse Trials in Oxfordshire.

The Queen’s eldest granddaughter, 39, sported a double breasted navy tailcoat with white riding slacks and black boots which she paired with a black helmet as she sat horseback.

The royal, who won a Silver medal at the 2012 London Olympics, competed in a dressage test, as well as a cross country section, and a show jumping event.

Zara, a mother-of-two, looked relaxed and cheerful as she rode and could be seen beaming as she took to the saddle for the trials. 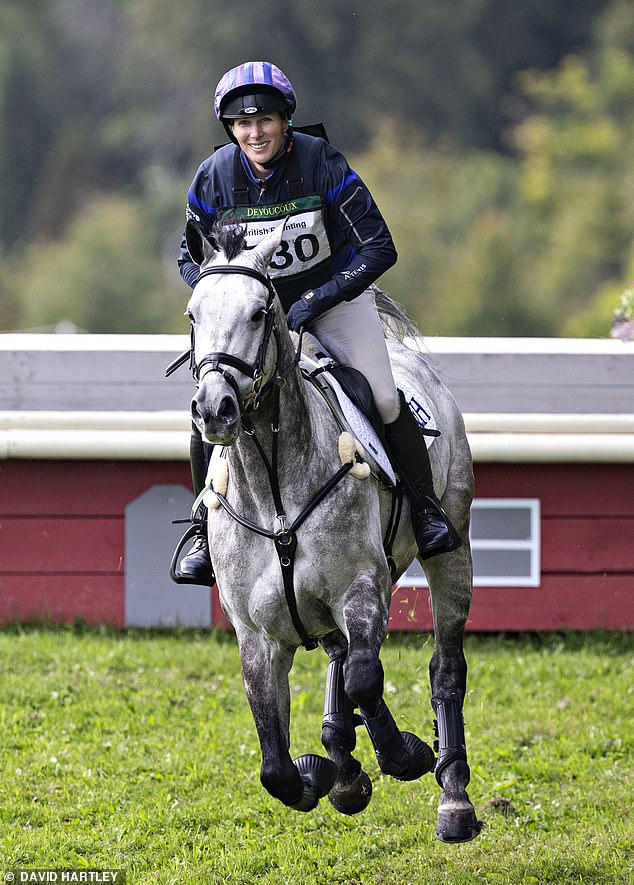 Zara Tindall, 38, appeared in her element today as she beamed while riding her new horse Happenstance at the Cornbury International Horse trials in Oxfordshire 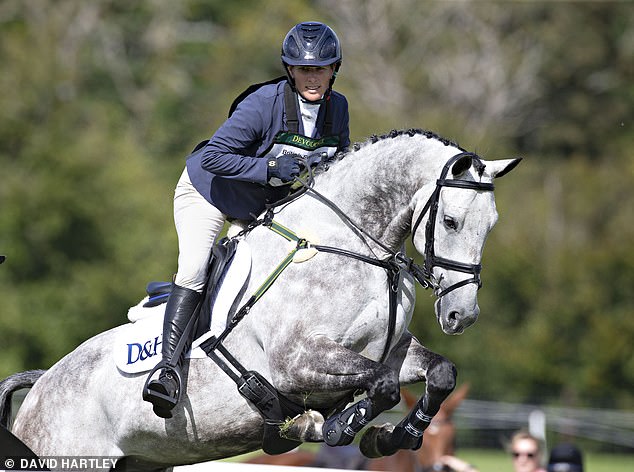 The mother-of-two and Olympian took part in several events at the horse trials, including show jumping

Sticking to a regal look, the daughter of Princess Anne wore minimal make-up, and tied her long blonde hair up under her helmet and hat.

The former Equestrian World Champion looked at home atop her stunning black and white horse, called Classicals Euro Star, before riding atop another mare called Showtime.

While Zara competed this morning, her score and position in the tournament is yet to be revealed.

It comes after Zara and her former Rugby pro husband Mike Tindall both tested negative for Covid-19. 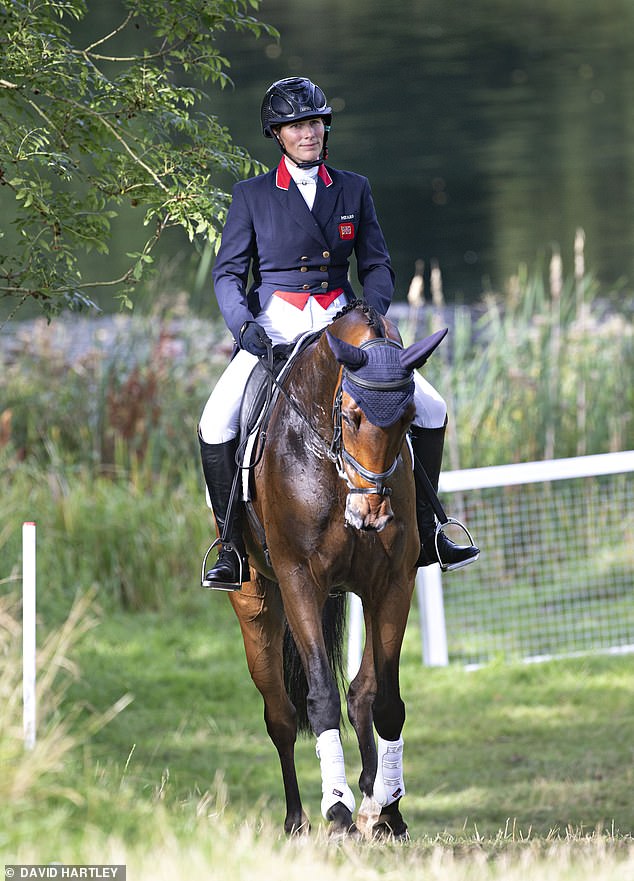 The couple, who have spent lockdown at their home on Princess Anne’s Gatcombe Estate, were filmed taking the tests at the stables on their farm in Gloucestershire.

Both were relieved the tests came back negative, and the Tindalls are believed to have since travelled to Balmoral to see the Queen.

Zara and Mike took the BioSure tests in their role as ambassadors for Manchester-based cyber technology company VST Enterprises. 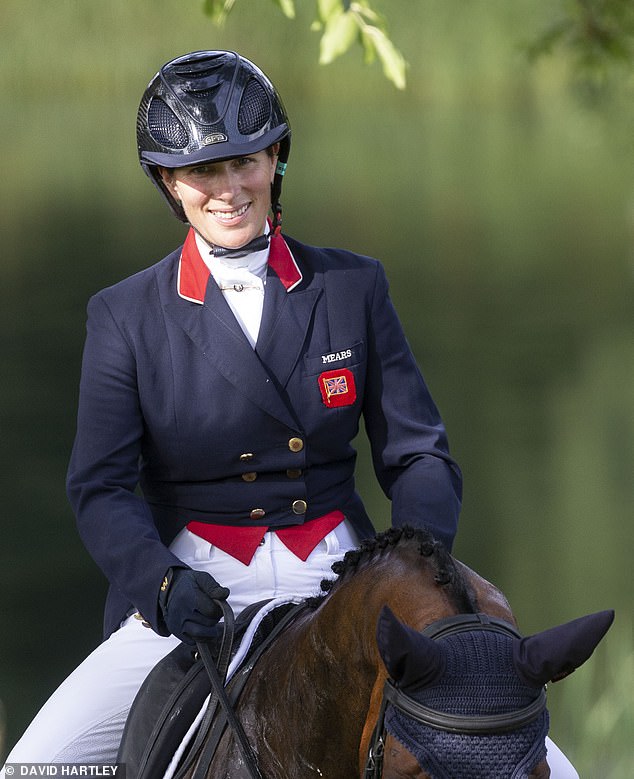 The royal appeared in high spirits as she took part in the horse trials in Oxfordshire, and also participated in a dressage event

They then uploaded their results onto their VHealth Passport – which has been developed to help get sports fans back into major events and stadiums – where they appeared within seconds.

Zara winced as the pin-prick test was administered, which detects coronavirus antibodies and was performed under Covid-19 safe practice by Latus Health Care.

The couple are taking part in a pilot scheme called FANS ARE BACK, which is being put to the government to get football, snooker, rugby, golf and equestrian sports fans back into stadiums and major sporting events next month.