It’s no secret that Frasier was one of the most popular sitcoms of the 1990s. The series starred Kelsey Grammer as Dr. Frasier Crane, a psychiatrist who hosted his own radio talk show. The Cheers spinoff was set in Seattle, but it was notorious for getting a lot of things wrong about the Emerald City. In fact, it was so inaccurate that a popular fan theory claims the entire show was a figment of Frasier’s imagination. Here are ten things Frasier got wrong about Seattle. 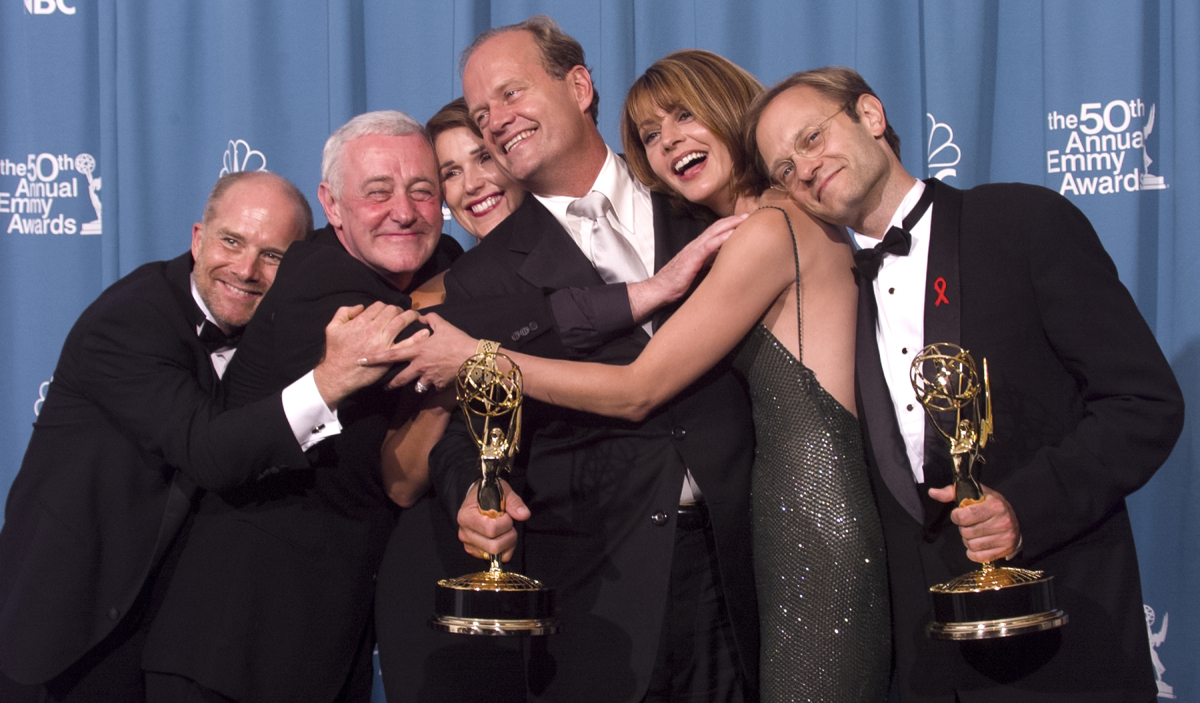 As Seattle Curbed points out, the view from Frasier’s apartment in the fictional Elliot Bay Towers is geographically impossible. The angle features the Space Needle in the foreground with skyscrapers in the background, facing from the north of Downtown looking South. But, there are no skyscrapers north of the Space Needle.

During the show’s 11-season run, the characters in Frasier regularly spoke of the Monorail. They described it as a city-wide light rail system, similar to Chicago’s “L.” But, the truth is that the monorail is nothing more than a one-mile shuttle that runs between the Space Needle and a mall.

3. Where did these Seattleites come from?

Frasier and Niles (David Hyde Pierce) regularly socialized with other members of Seattle’s upper class. But, the show depicted the city’s wealthy citizens as “East Coast-flavored” blue bloods who wore $5,000 suits. The reality is that Seattle’s billionaires are more likely to wear North Face jackets and cargo shorts.

Frasier and Niles’ favorite coffee shop was the upscale Cafe Nervosa, which was supposedly located at Third Avenue and Pike Street. However, that area had a seedy reputation back in the 1990s. It was so bad that the Seattle Police Department referred to the location as an “open-air drug market.”

In “Daphne Hates Sherry,” Season 4, Episode 20, Marty (John Mahoney) says that the heatwave in Seattle is so bad that it will probably result in brownouts. However, this isn’t something that would occur – especially in 1997. This is because the number of houses and apartment buildings in Seattle with air conditioning is extremely low.

6. The ferry goes the wrong way

There were a number of times when cameras showed characters taking the ferry to work. They would be heading to Seattle, across Puget Sound. However, the sun is always behind them, implying that it rises in the west.

Residents of the Pacific Northwest would never pronounce Oregon as “Ore-uh-GONE,” like Niles does in the fruit smuggling episode. But, the worst pronunciation crime occurred in the episode “Death Becomes Him,” Season 1, Episode 11.  Frasier and a doctor’s receptionist discuss when the doctor will return from Lake Chelan. However, they both pronounce the name as “shah-LONN.”

In “The Zoo Story,” Season 5, Episode 12, Frasier hires an agent named Ben. This new agent supposedly does pro bono work for the Mercer Island Zoo. However, there has never been a zoo on Mercer Island.

In “The Dinner Party,” Season 6, Episode 17, Daphne says she is planning to go to a party at the British Consulate. However, there is no British Consulate in Seattle, just a government office. Instead, the consulate in San Francisco, California serves the state of Washington.