Netflix is revealing fresh details about 1899, the new series from Dark co-creators Jantje Friese and Baran bo Odar. Production has begun on the eight-episode mystery series, the streaming service announced May 3. 1899 will explore the strange journey of a group of European immigrants traveling to America.

What is the upcoming Netflix show ‘1899’ about?

Friese and Odar are following up their twisty time-travel series Dark with a show about a different kind of journey. 1899 will “follow the mysterious circumstances around the voyage of an immigrant ship from Europe to New York.”

Here’s how Netflix describes the series:

The passengers, all of different backgrounds and nationalities, are united by their hopes and dreams for a new century and their future abroad. When they discover a second ship adrift on the open sea that had gone missing for months, their journey takes an unexpected turn. What they find on board will turn their passage to the promised land into a nightmare-like riddle, connecting each of the passenger’s pasts through a web of secrets. 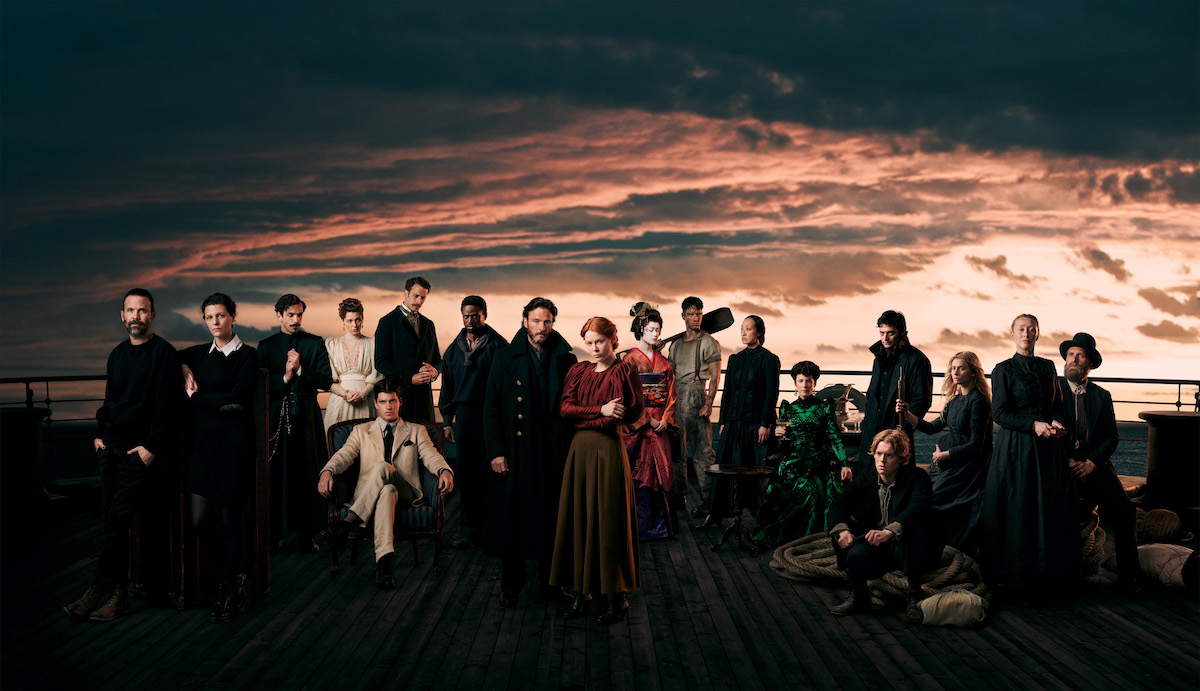 1899 will feature an international, multi-lingual cast, including Anton Lesser from Game of Thrones and The Crown and Emily Beecham from AMC’s Into the Badlands. Andreas Pietschmann, who played an older version of the Jonas Kahnwald character in Dark, will also appear.

“1899 is a truly European series with characters from various countries speaking in the language of their origin,” Friese said in a statement. “We feel very fortunate to have found amazing talent from all over the world to venture into this exciting journey with us.”

In an interview with Deadline, Friese explained that Netflix’s commitment to shows in languages other than English made 1899 possible.

“Netflix and the other streamers really opened the door to different content from different languages,” Friese said. “That barrier that used to be there, where people didn’t want to read subtitles, that has really changed. There’s so much to discover out there apart from U.S. and U.K. content, it’s great to hear different voices.”

Filming for 1899 will take place at Babelsberg Studios in Germany on a new, custom-built virtual production stage. The cutting-edge video game engine technology “unlocks the ability to capture a significant amount of complex visual effects shots in-camera through virtual sets and locations,” according to Netflix. The technology is similar to that used on the Disney+ series The Mandalorian, according to Deadline. It will make shooting easier given the constraints posed by the COVID-19 (coronavirus) pandemic.

“We originally planned to travel to Spain, Poland, Scotland, all kinds of locations,” Friese said. “Quite quickly [after the pandemic started] we knew that might not be possible in the new future, so we fully embraced the idea of bringing Europe to us.”