On Mother’s Day, it’s nice to celebrate the relationship between moms and their kids. And celebrities like to do the same! Whether you’re at home with your family or you’re separated from your mom/kids this year, here are a few films featuring real-life celebrity moms and their daughters, and where to watch them. 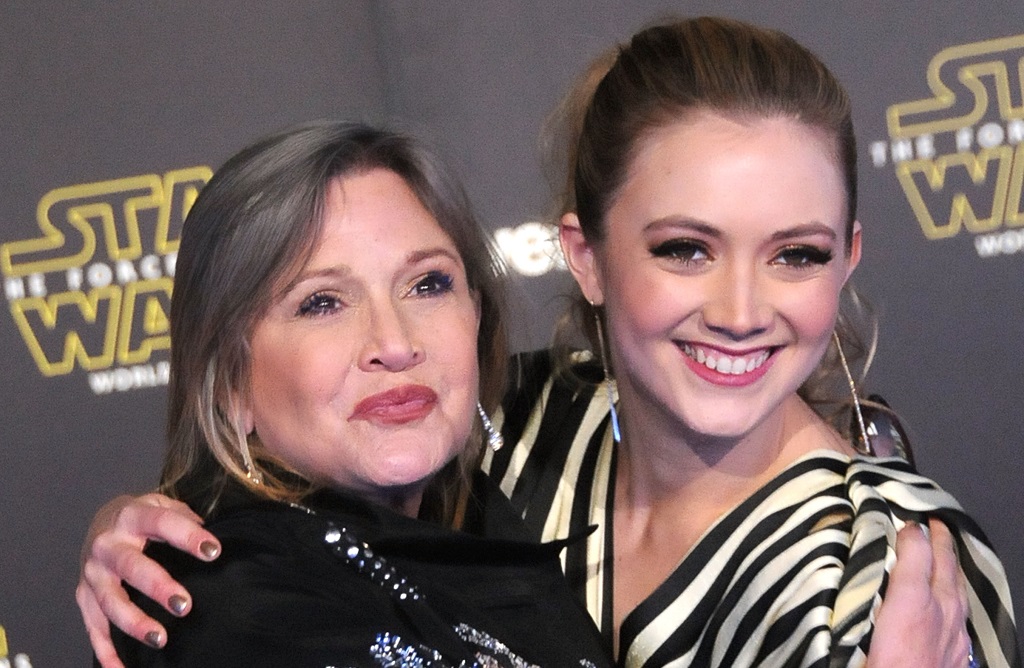 Actor Carrie Fisher was best known for her role in the original Star Wars franchise as Princess Leia. She reprised her role as the character, now known as General Leia Organa, in the sequel trilogy. And her daughter, Billie Lourd, was also featured in the small role of Lieutenant Connix beginning in Star War: The Force Awakens.

Lourd, Fisher’s only child with talent agent Bryan Lourd, originally auditioned for the role of Rey. After Fisher passed away in 2016, having filmed her scenes for Star Wars: The Last Jedi, Lourd was consulted in the decision to have unused footage of her mother in the follow-up, Star Wars: The Rise of Skywalker. All three films are available to stream now on Disney+.

Speaking of Disney+, another film that can be found there is Maleficent. The film stars Angelina Jolie as the titular character in an original story adapted from the Disney classic Sleeping Beauty. It’s a tale of a perceived villain who reveals that there is much more going on than meets the eye. The 2014 fantasy movie pits Maleficent against Aurora, primarily played by Elle Fanning.

However, there is one scene in which Jolie’s character interacts with a five-year-old Aurora. Portraying the youngest version of the character is Jolie’s own daughter, Vivienne Jolie-Pitt, from her relationship with Brad Pitt. Jolie told Entertainment Weekly that because of her scary makeup, “it had to be a child that liked” her already, “so it had to be Viv.”

‘Ricki and the Flash’

One of the most awarded actors in recent memory, Meryl Streep, has been in countless films. She also had four children, all of whom work in the entertainment industry. Streep has worked with her eldest daughter, actor Mamie Gummer, on multiple occasions.

Most recent is the 2015 musical dramedy Ricki and the Flash. The film stars Streep as the eponymous rock star, who returns home to help her daughter (Gummer), as she goes through a difficult time. The film isn’t free on any of the usual streaming services, but it is available for rent on Amazon Prime, YouTube, and iTunes, among others.

Actor Demi Moore is known for being a member of the Brat Pack in the 1980s and earned recognition for ’90s films like Ghost and A Few Good Men. She has three children with her ex-husband, Bruce Willis. The eldest, Rumer Willis, is an actress in her own right, having had notable roles in films like The House Bunny and in series such as Empire.

Willis has shared the screen twice with her very famous mother. The second, Striptease, is cited as the downturn of Moore’s career. But the first, Now and Then, is a cult-classic coming-of-age film. In it, Moore plays the adult version of Gaby Hoffmann’s teenage Samantha. Willis, appropriately, plays the young Samantha’s little sister, Angela. The movie is available to watch for free (with ads) on Amazon Prime.

Many of Judd Apatow’s movies are family affairs. In fact, he wrote and directed three films in a row — Knocked Up, Funny People, and This Is 40 — which stars his wife, Leslie Mann, and their daughters, Maude and Iris Apatow.

In Knocked Up, Mann plays Debbie, while Maude and Iris are her daughters, Sadie and Charlotte, respectively. These characters are expanded in This is 40. In Funny People, they’re different characters, but there’s a similar dynamic. Sadly, none are available for free on Netflix or Hulu, but all can be rented on Amazon, iTunes, etc.