Larissa Dos Santos Lima became an overnight celebrity when she first appeared on Season 6 of TLC’s 90 Day Fiancé. Now after her rocky marriage and subsequent divorce from Colt Johnson, the reality star is ready to “hustle” and become a “trillionaire.” 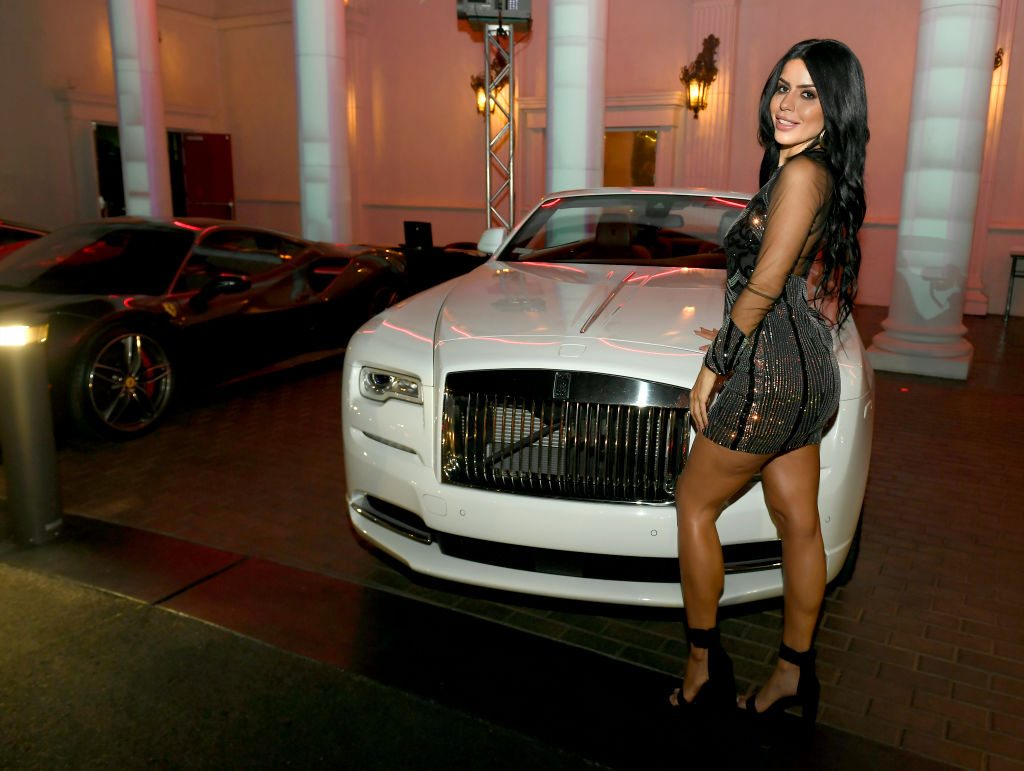 Larissa needs to find a way to stay in the country

Soon after her 2019 divorce,  Larissa was on social media insisting that she was still on her way to becoming a citizen, despite her criminal record and split from Colt. But in the season 5  premiere of 90 Day Fiancé: Happily Ever After, she reveals Colt is hindering her immigration process.

“Colt canceled my Affidavit of Support. He canceled my green card,” Larissa says in the episode. “I have to find another way to stay here. I have no idea what’s going to happen to me, and I’m very scared to be arrested again and be deported forever.”

The ’90 Day Fiancé’ star has kids in Brazil

When Larissa appeared on season 4 of 90 Day Fiancé: Happily Ever After, she dropped a bombshell on Colt’s mother, Debbie. The reality star revealed that she has kids back in Brazil, and is planning to eventually bring them to America.

Soon after, when talking to In Touch Weekly, she opened up about having a son, who was adopted by his aunt when she was unable to care for him. She also talked about her daughter and explained why she kept her kids a secret for so long.

“I found myself unable to take care of our son and his (her ex) sister adopted him,” said Larissa. “I also have a daughter, from another relationship, who lives with my father and who I plan to bring to [the] United States one day when I am ready to take care of her — I was not talking about my kids because the show is 90 Day Fiancé. It is not about my past or my children. I ask people to respect their privacy and I won’t talk about them ever again.”

I never felt more like a woman! 😍😍😍 Thank you @hottieextensions @crystal_frehner @racinponies @brandbombmarketing for my new darkee longee hair extensions. It lay so flat and feel so soft you can never tell they are their. They also sell clip on extensions all different color and they ship everywhere in US. Buy yours and be a Brazilian bombshell at hottiehair.com 👸🏻@themegaagency #90dayfiance #larissa90dayfiance #90dayfiancehappilyeverafter #novababe

RELATED: ’90 Day Fiancé: Happily Ever After’: Larissa Is Worried She’ll Get Deported Back to Brazil

Larissa keeps details about her past life in Brazil private. And she has yet to introduce her kids on the show or on social media.

Larissa says she’s all about the hustle

Now that Larissa’s immigration status is in jeopardy, she’s concerned about her future. On the latest episode of 90 Day Fiancé: Happily Ever After, she mentions her plans to bring her kids to the U.S. are now uncertain.

“My master plan was to come to America, fall in love, bring my kids here, and have the family that I dream of,” Larissa says. “But the dream is fading away.”

Who's ready to 90 day fiancé : Happily ever after?💍 The new season of #90DayFiance: Happily Ever After, premiering Sunday at 8/7c. #90dayfiance #queensquad

RELATED: ’90 Day Fiancé: Happily Ever After’: Colt Introduces His New Girlfriend Jess, but She’s Already Over Him Just Like Larissa

And in a recent Q & A with fans, Larissa revealed she’s willing to do whatever it takes to be successful. When a fan asked her if she wants to work in adult films or as a stripper, she said she doesn’t care, as long as she makes money for her family.

“My goal is to be a billionaire, a millionaire, a trillionaire,” she says in the Instagram story. “I don’t care what I do, I care about all the hustle. To send to my family, my kids, to have a good life.”

Other than her TLC show, It’s unclear what the reality star currently does to make money. But she may share more about her professional aspirations in the future.