A Place in the Sun: Couple share excitement outside property

Karen and Peter from Liverpool were looking for their dream holiday home in Tarragona in Catalonia in today’s A Place in the Sun. Danni Menzies was hoping to find the eco enthusiasts a property that allows them to live off the grid but the Channel 4 presenter was gobsmacked when Peter declared the search over before Karen found herself in tears.

Luckily for Danni, the couple fell in love with the exterior of the first property she showed them.

The four-bedroom, three-bathroom cottage was 100 percent self-sufficient with a communal well and its own solar panels.

“Let’s put in an offer and go home,” Peter announced before admitting he was keen to get inside.

However, the couple’s reaction to the interior of the property was not as Danni would have hoped. 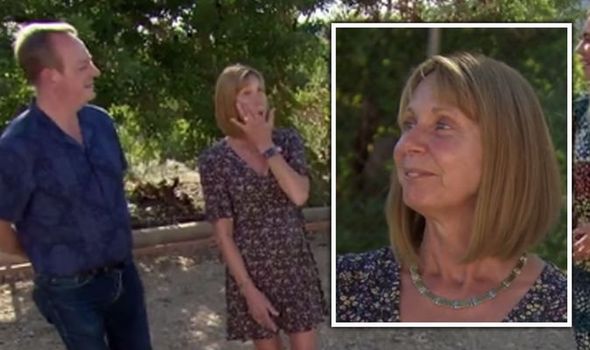 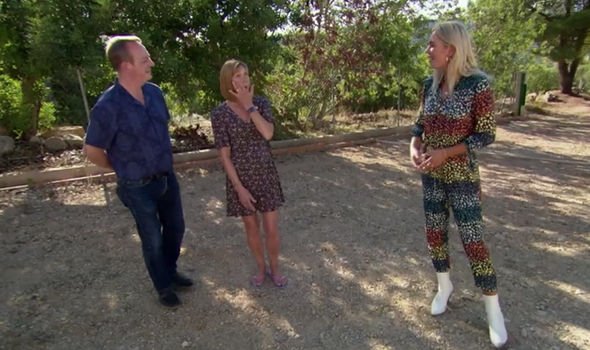 “It feels a bit small,” Karen confessed. “It’s enclosed and feels cramped with our family of 11.”

In the kitchen, she added: “It’s dated and a bit dull, it doesn’t excite me.”

Peter agreed but the couple had a change of heart when they walked around the rest of the cottage.

“The views are spectacular,” Karen admitted and Peter added: ”This is definitely a contender. We just need a room where we can fit 11 people and can spend less time working on it.” 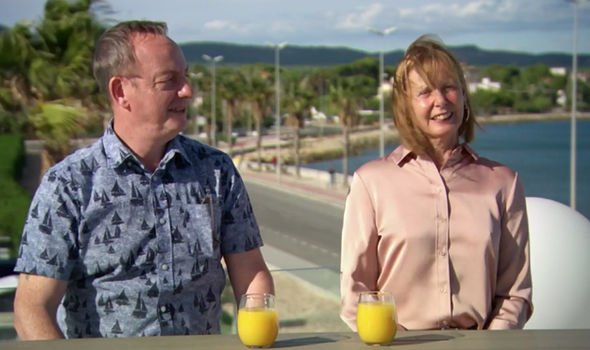 A Place in the Sun: Couple get emotional outside property

Karen and Peter were impressed with the second offering too but the couple were blown away with the third house.

The four-bedroom property was situated on the outskirts of the tinny village of Freginals.

It came with almost two acres of land, a pool and a roof terrace with stunning mountain views.

“I think I’m bordering on speechless, this is amazing,” Peter observed standing outside the house.

“Over the years thinking about this move, I didn’t think I would get upset,” Karen said as she broke down in tears.

Danni asked the guest why she felt so emotional and Karen explained the scenery was everything she had wanted for her big move.

The couple agreed the third property was their favourite but they were almost swayed with Danni’s final offering.

The fifth house came with just over two and a half acres of land with two large terraces and a rooftop with amazing views.

Once the search had come to an end, Karen requested to revisit the third property before deciding on what to do next.

Catching up with the couple, Karen told Danni they wanted to put an offer forward for the third house they saw.

“Coming up to that house with the mountains behind it [was perfect],” she said.

A Place in the Sun airs on weekdays on Channel 4 at 4pm.