A Rainy Day In New York has spent a lot of time in limbo. After the film’s distribution was dropped by Amazon, the latest film from director Woody Allen has been on an odd journey of struggling to find a release date, whilst also hazardly working through the allegations beset upon Allen himself. While a number of the actors involved in A Rainy Day In New York have spoken out against Allen, and even given up their salaries earned from starring in the film, it has still somehow managed to find a release, and now, a home release. But, is the film worth watching?

The pair are trust-fund babies who have grown up with silver spoons in their mouths, and spent a majority of the film brushing aside vast sums of money used to continue their well-off lives.

The film’s first scene sees Ashleigh telling Gatsby about an interview she has coming up in Manhattan with an influential art director (Liev Schreiber), prompting Gatsby to suggest they make a weekend of it.

However, as a number of things go wrong for poor Ashleigh, Gatsby is left to haunt his old hometown of New York, stricken by rain, and – frankly – depressed. 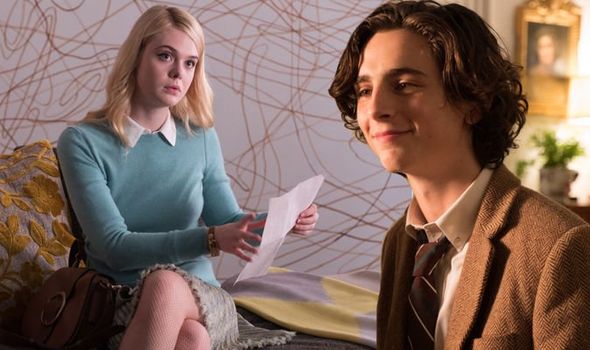 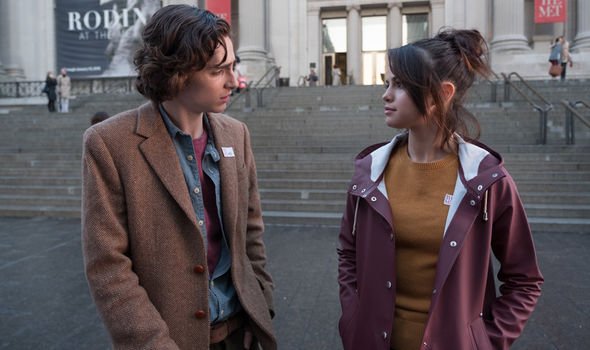 While Allen is perhaps best known for his quick-yet-memorable dialogue, it could be the worst aspect of A Rainy Day In New York.

Chalamet does an absolutely excellent job of portraying the holier-than-thou existentialist snob that is Gatsby.

However by the end of the film, viewers will surely be sick of the character.

While Chalamet’s performance is incredible, the dialogue he is given is completely wooden, and feels like he’s rambling off a Shakespeare script in the final five minutes of a drama class. 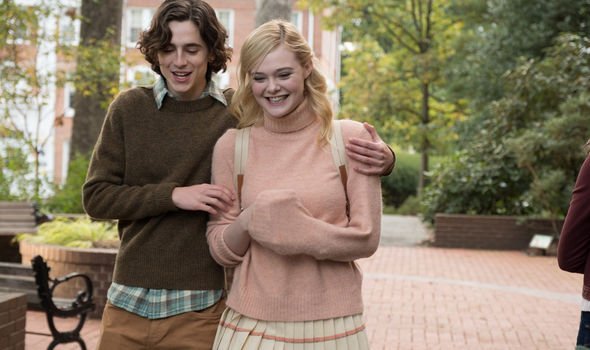 Moreover, a sombre voiceover from Chalemet removes all sense of sensibility over the film’s 90 minutes.

Trudging his way through the increasingly wet streets gives Chalamet’s performance that much more depth as his despair grows – but repeatedly it feels as if the rug is pulled from viewers’ feet.

Despite this, Chalamet does hold on to attention enough to allow viewers to enjoy the performance he is giving.

The tables do turn on him midway through the film with the arrival of Chan Tyrell (Selena Gomez).

As the sister of a long-lost love of Gatsby, their instantly blossoming relationship does seem a little off – however the pair’s chemistry is passable.

Gomez herself is perhaps better than she has been on screen in the past, however with such a small role, it is a little confusing as to why she gets much of a say in Gatsby’s overarching narrative.

The standout of the entire film is without a doubt Fanning’s Ashleigh.

Although she’s a little ditzy, and perhaps a little problematic, Ashleigh is charming, disarming, and completely delightful.

Fanning instantly delivers an endearing performance of a young woman trying her best to succeed in a world where her family is well known in very wealthy social circles.

Coupled with the gorgeous cinematography in her scenes, Ashleigh’s events do seem quite a lot more engaged than the so-called protagonist’s.

A Rainy Day In New York is an odd addition to Allen’s repertoire. The story itself is more reminiscent of Kevin Smith’s Clerks – in the sense that it doesn’t really go anywhere – however it is largely enjoyable. The real story surrounds Chalamet’s Gatsby learning something about himself before taking some leaps in his life – but his crass and rude nature does become grating. Thankfully, Chalamet is entirely magical in the picture; as is Fanning’s. Despite Gomez’ small part in the film, she is particularly enjoyable to watch – however pointless her place in the narrative seems.