Alex Jones was once again joined by Gethin Jones tonight on The One Show, and just minutes before EastEnders: Iconic Episodes kicked off, the hosts spoke to Shaun Williamson. Shaun played Barry Evans in EastEnders until he was killed off in 2004. But, in an embarrassing blunder, Alex called the actor by his stage name and was forced to apologise.

“So, we have been showing these iconic episodes every Tuesday, looking back at the biggest episodes over the last 20 years.” Alex began.

“But, you were there right in the middle of this one, it was your first job out of drama school.

“How was it then stepping into such a massive beast of a programme, and working alongside those four who were in this storyline?”

Shaun explained: “Do you know what, it was a real sink or swim really. 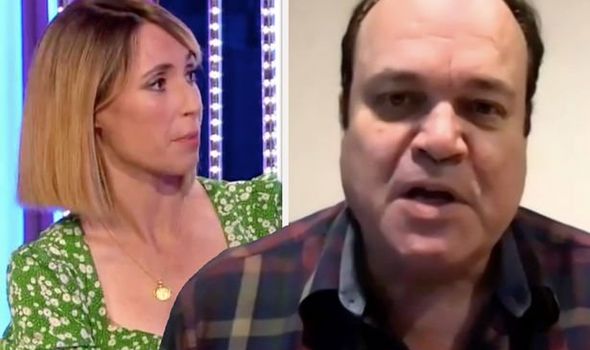 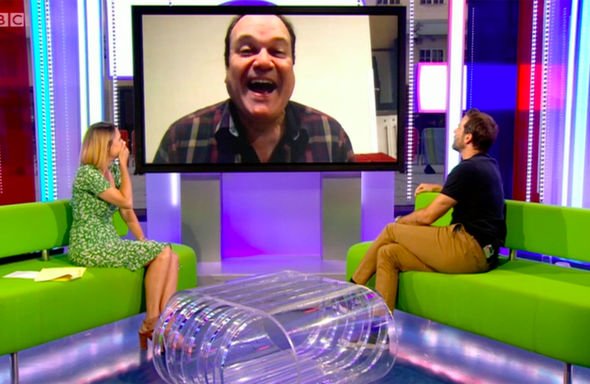 “They were lovely people, don’t get me wrong.

“But, when you went on set for the first time you had people like Barbara Windsor and Mike Reed, these were huge stars even before EastEnders.

“So this was no place for a shy, retiring wallflower.

“You had to just get on with it and proved you belonged there really.” he added. 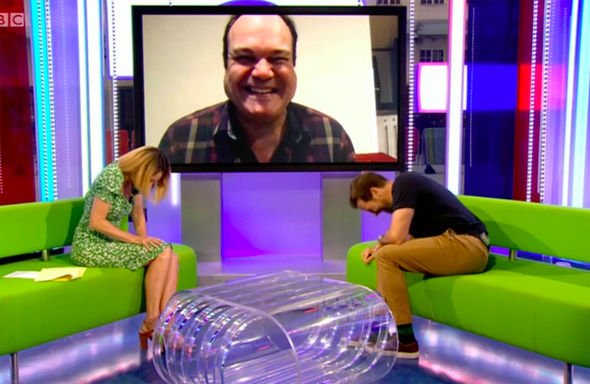 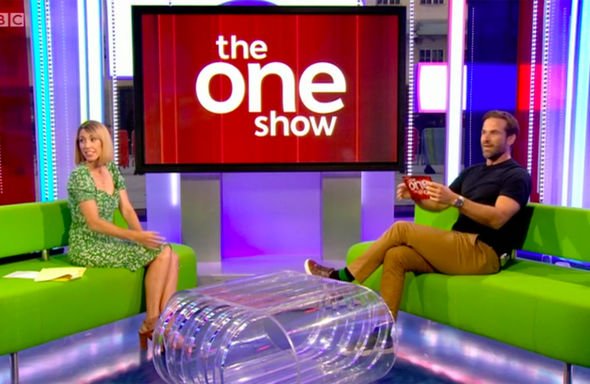 Gethin chimed in: “What’s it like now though, looking back at these episodes? Do you watch as a fan?”

“But, episodes like this didn’t come along every week and you had the big beasts, the big actors performing to a brilliant script and doing it fantastically.

“And don’t forget at the time, there were only four channels, so episodes like this could bring in 25 million viewers,” Shaun added.

However, just as the interview was coming to an end, Alex and Gethin were forced to compose themselves after a huge slip-up.

Alex said: “So, tonight where did you say you were, Chichester?”

“I’m in Chippenham,” the actor corrected.

“Chippenham, sorry,” Alex said, “Are you in a hotel? Are you going to watch the episode?”

Shaun replied: “I’m living the dream, I am recording my audiobook for my book which comes out October the 31st.”

Alex interrupted: “Eh, nice plug you got in there Barry!”

The hosts were unable to continue when Alex realised her mistake and Gethin wasn’t much use either as he found the mistake hilarious.

“Oh, sorry Shaun,” Alex said as she tried to compose herself.

“Cheers Shaun, that was bound to happen.”

The One Show continues on BBC One weekdays at 7pm.