After appearing in The New Mutants, Alice Braga is set to star in another superhero film franchise. This time, it’s DC Extended Universe’s newest installment of The Suicide Squad, a sequel/reboot of sorts directed by James Gunn and starring Margot Robbie as Harley Quinn. “I really love the comics. I really love the DC world,” Braga says as she chats with ET via zoom. “I’m a huge fan of James Gunn. I think he’s a phenomenal director that brings so much joy and so much fun to this.”

In the ensemble antihero film, which also co-stars Viola Davis, Storm Reid, Daniela Melchior and Mayling Ng, the Brazilian actress plays Sol Soria, a South American revolutionary and ally of the new Squad. And when it comes to the fact that the latest film features so many women, “I think it’s so important for us to be represented, for women, the strength of women, for female empowerment,” she continues.

The importance of female representation on screen, she adds, is similar to what audiences get to see in We Are Who We Are, Luca Guadagnino’s eight-part, coming-of-age HBO series about two teenagers exploring their gender and sexual identities while living on a U.S. military base in Italy. On the series, Braga plays Maggie Teixeira, one-half of a lesbian military couple and parents to 14-year-old Fraser (Jack Dylan Grazer).

“We were saying that we wish we had a show like this when we were younger. I think it’s the same thing for [Suicide Squad],” she says. While acknowledging these characterizations may be “too violent” for younger girls, she explains that it’s still important to “see these women in a powerful way, in action sequences and all that.”

While both the movie and TV series feature layers of representation and visibility, the projects — and experiences filming them — couldn’t be more different. For Braga, that experience was compounded by the fact that they were both in production during the fall of 2019, forcing her to fly back and forth between Atlanta, Georgia, and Italy. “So I had to go from Maggie to Sol Soria, which is a really different energy, different type of character in a completely different world.”

She adds, “It was definitely an extreme change to go from We Are Who We Are with Luca, that specific world about self-discovery to holding a gun.” 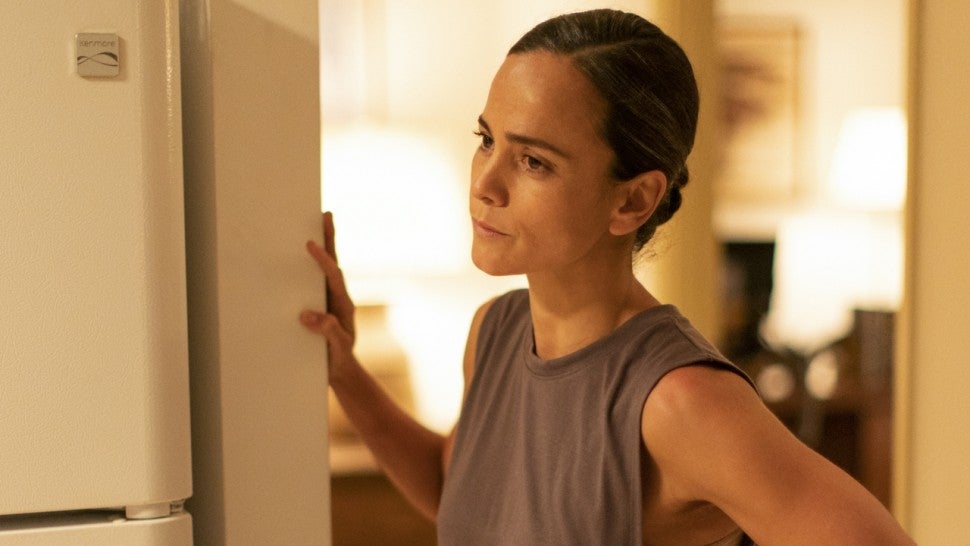 On the meditative and moody HBO series, which is now halfway through its run, playing Maggie was not only an opportunity to work with Guadagnino, whom she first met a decade earlier, it was also a chance to “pursue this character and find myself in a way,” she says. In order to bring Maggie to life, Braga says the director pushed her out of her comfort zone at times and challenged her in ways as an actress she hasn’t been before.

As the show gets deeper into its story and inside the characters’ heads, audiences see that this kind, doting caretaker keeps a “part of her that is very much alive” hidden from view. Braga says later on we see just how much she likes to enjoy life and meet new people. “There’s duality to her. She’s a very present mom, the caretaker of the family, the base of the family,” the actress continues. “But at the same time, there is this other side that is ambitious and is alive that wants to explore, that wants to seduce.”

What that need for exploration will mean for Maggie’s current relationship with her wife, Sarah (Chloë Sevigny), and son remains to be seen, but the actress does point out that on an army base, “if you’re a couple, you can be prosecuted for cheating.”

The series is also full of Easter eggs, from cameos by Guadagnino’s Call Me by Your Name stars Armie Hammer and Timothée Chalamet to the last name of Braga’s character, which is a reference to the Oscar-winning film’s producer Rodrigo Teixeira. “He’s a dear friend of mine, someone that I deeply admire,” Braga says of paying tribute to someone she calls “a wonderful representative for Brazilian cinema.”

In keeping with the themes of self-discovery, Braga also found it interesting to be filming in Italy during what she calls a “triangle that was very far right,” referring to President Donald Trump, Brazil’s Jair Bolsonaro and Italy’s Sergio Mattarella. “To be involved in a show like that, talking about freedom, talking about all these subjects in the show… it definitely makes you think, ‘Where are we going with the choices that we’re making?” she explains, adding that’s why she’s so happy the show is out now.

Braga concludes, “It’s a powerful journey for sure.”

We Are Who We Are airs Mondays at 10 p.m. ET/PT on HBO and is now streaming on HBO Max.