The American Film Market on Tuesday unveiled more details about AFM 2020 Online, its virtual edition that is set to run November 9-13. 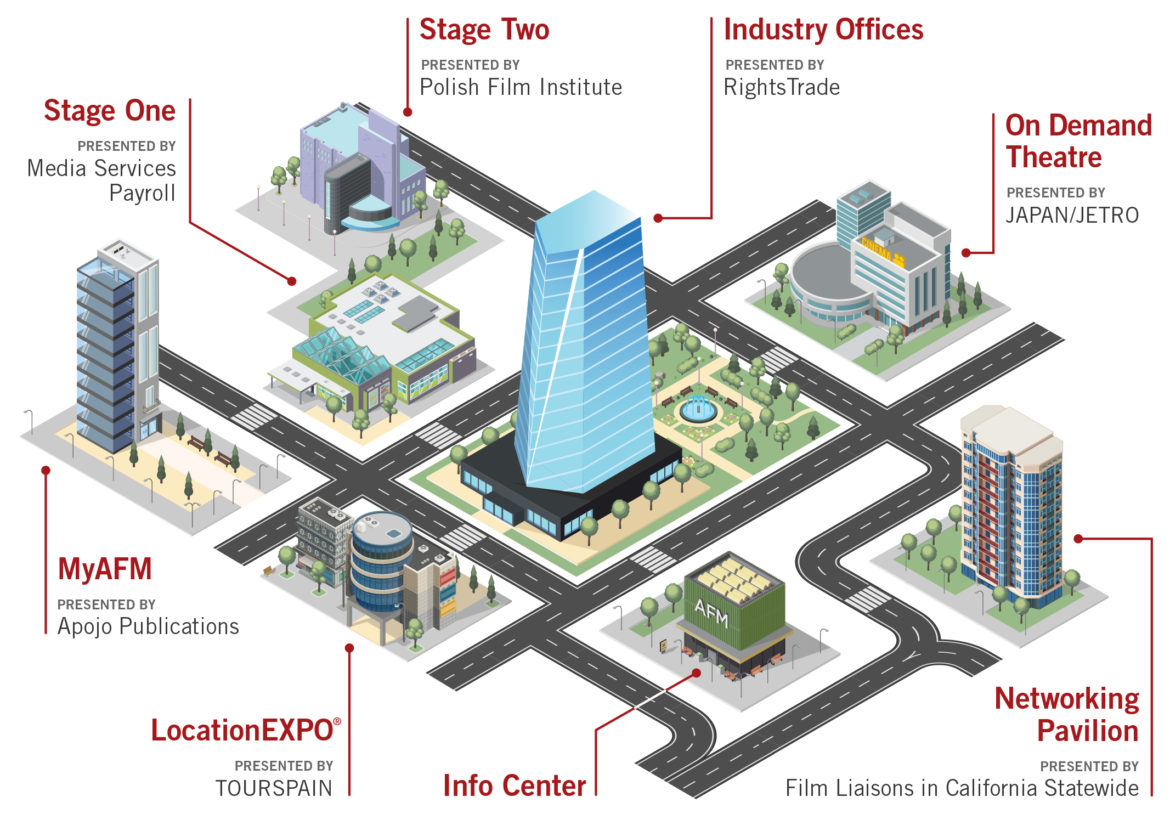 Organizers said more than 300 exhibitors have already registered for the annual market, including key sales companies from AGC Studios to XYZ Films, with Lionsgate, Highland Film Group, Protagonist Pictures, Screen Media, Sierra/Affinity, Solstice Studios, StudioCanal and The Exchange among those on the list. A total of 132 U.S. companies have signed up so far, followed in overall country totals by Russia (26), the UK (22), France (14) and Germany.

More than 1,000 buyers from 70 countries have been confirmed for the this year’s edition, which the Independent Film & Television Alliance decided to move online in July in the face of continued coronavirus disruption. AFM typically welcomes some 7,000 industry professionals overall and closes about $1 billion in industry deals annually.

AFM 2020 Online’s interactive market will be comprised of eight dedicated areas (click graphic at right to enlarge), with the ability at the Networking Pavilion to explore and join more than 100 video discussions with small groups every hour in an effort to replicate the usual meetings on the exhibition floor. Other areas include MyAFM (where participants create profiles, discover other participants, send messages, and have Zoom meetings from inside the platform), Industry Offices (where sales and production companies are located) and the On-Demand Theatre (to watch market screenings);.

As for the programming, the AFM’s conference and educational programming will also be presented online, with more than 80 live sessions featuring 200 speakers scheduled to participate in conferences, panels, workshops, conversations and presentations throughout the run of the market at the Stages areas.