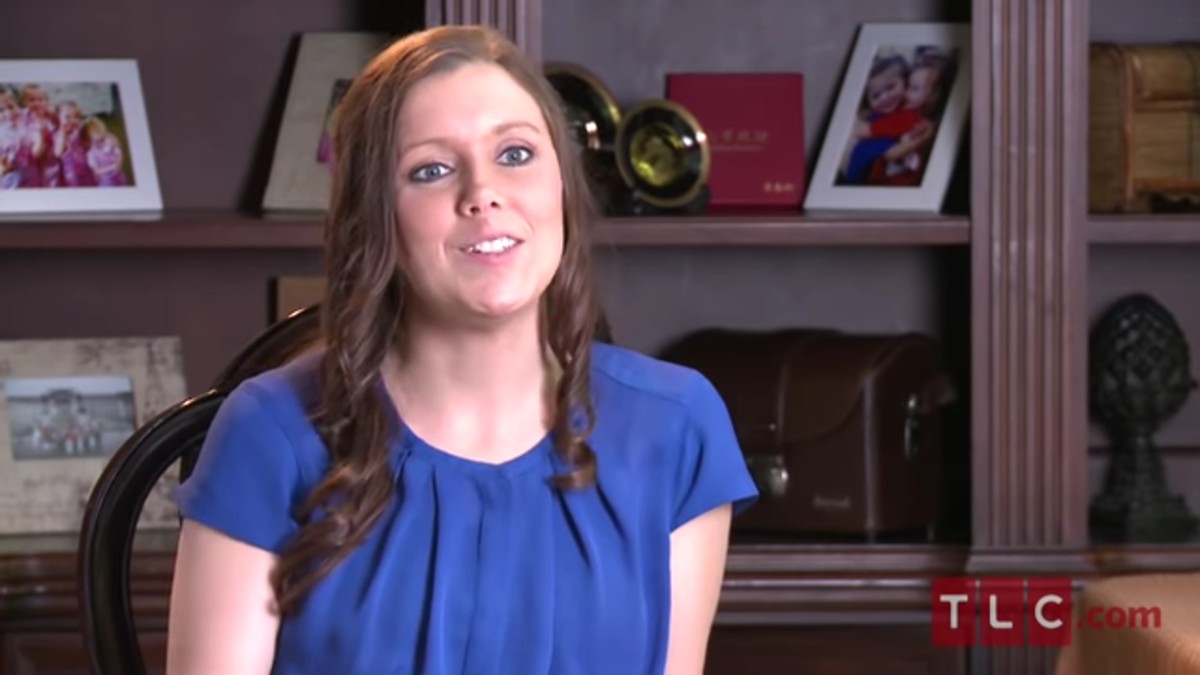 Anna Duggar took a rare opportunity to make sure a fan knew they crossed the line on Instagram.

It is rare that Anna responds with a snippy tone, but she did just that. The former reality star shared a photo from the Duggar ugly Christmas sweater party and when a follower commented about how she appeared to not be feeling well, it was game on.

What did Anna Duggar say?

Let’s be honest, Jessa Duggar is the queen of clapbacks in the family. She takes every opportunity to put rude followers in their place. While that isn’t Anna Duggar’s typical style, this time, it is exactly what she did.

The photo Anna shared was a family one from the Duggar ugly sweater party. She posed alongside her husband and five older children while holding Maryella. Anna had welcomed her little girl roughly a week earlier but wanted to take part in the night of fun with the family. It was also the official debut of Maryella on Counting On as well.

When a fan commented that, “Mommy doesn’t look like she feels very well yet,” Anna Duggar took the time to respond.

She said, “umm, I think it’s pretty typical not to feel the greatest less than a week after you deliver a baby… I was still happy to be with family and let them meet their newest niece!”

Following that, Anna got plenty of backup from other followers. Many of them praised her for how wonderful she looked following a homebirth with Maryella a week before attending the party. 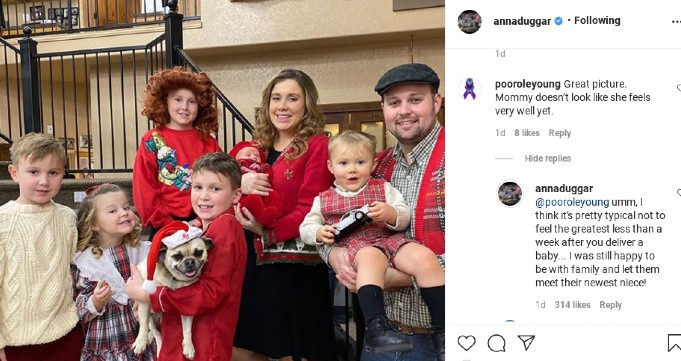 It has been a tough five years for Anna Duggar. She was pregnant with her fourth child when Josh Duggar’s scandals nearly brought the entire family down. It was revealed he had inappropriately touched several of his sisters and a family friend a decade prior. Anna had already known about the incident, but it being public knowledge was tough.

Then, it was revealed Josh had been a part of the Ashley Madison website, which promoted extramarital affairs. From there, they had to rebuild their marriage and trust. He spent time in a rehab facility in Rockford, Illinois.

She went from appearing on the family’s show regularly to essentially being banished. Over the years, she has been seen a few times, but not nearly at the capacity she was used to. In fact, Anna Duggar even mentioned how “happy” she was to be a part of the most recent episode of Counting On where she and the kids were seen quite a bit.

Her hairstyling skills have also boosted her popularity. Followers have been begging her for tutorials on how she does Mackynzie and Meredith’s hair.

The mom of six may try to steer away from the negative, but once in a while, Anna Duggar is game for standing up for herself when someone is rude.

Counting On airs Tuesday nights at 9/8c on TLC.