I’m A Celebrity… Get Me Out of Here! revealed it would be coming to viewers from Gwrych Castle in the Welsh countryside this year as opposed to its usual Australian jungle setting. And last night, fans of the show got their first taste of what would be in store during the latest series after ITV dropped a promo clip ahead of the upcoming series. But the clip jokes hosts Ant and Dec still haven’t been told they’re not in their normal location in a hilarious trailer.

The show announced earlier this year it would be shunning its usual location and instead be filming in a castle in the programme’s biggest ever shake-up.

And now, viewers have been given a first look at what’s to come after a trailer was released last night, filmed on-location earlier this month.

The pair jokingly seem to not be aware the show has had a major location change.

Stepping out a black cab, Ant says: “G’day Australia, Ah it’s great to be back Down Under.” 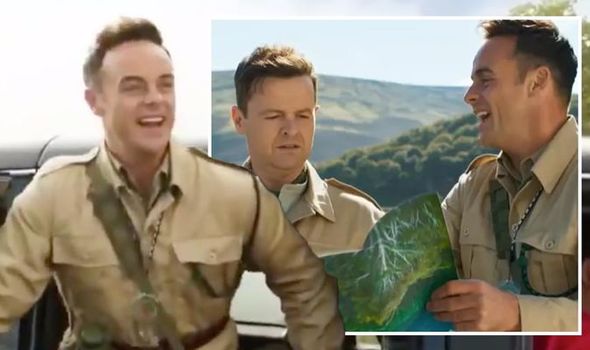 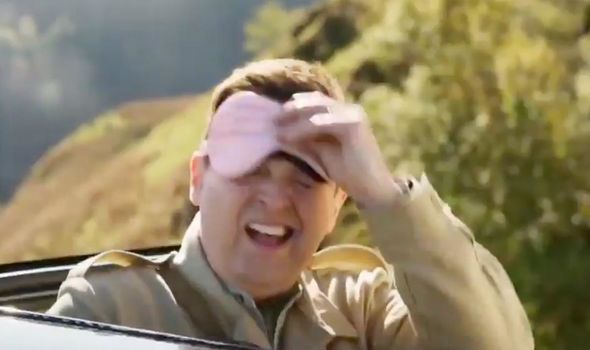 Out follows Dec, who pulls off an eye mask and remarks: “Wow that was quick, I must have slept through the whole flight.”

Ant tries to hand over a bag full of ‘dingo dollars’ to the taxi driver after the trip.

“Series 20 and I still cannot understand a word these Aussies are saying,” Ant comments – still seeming not to realise they’re not in the Australian outback. 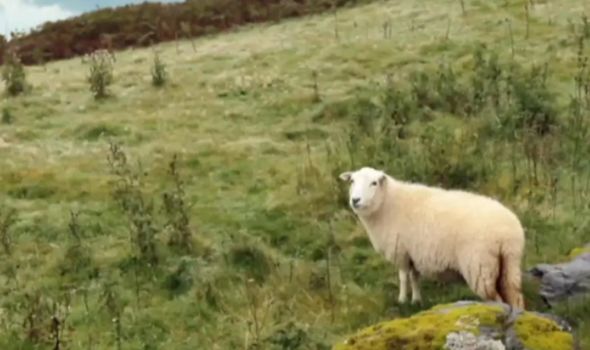 It looks as though Dec is beginning to cotton on, as he adds: “Weird, this place looks nothing like my map.”

“Of course it is, I am such an idiot. Isn’t that right Mr Kangaroo” grins Dec, with the pair walking off into the Welsh countryside.

The trailer finishes by confirming the show will be returning “this November” to the broadcaster.

Of course, fans of the long-running series were delighted to see the teaser trailer drop yesterday evening.

In response to the clip after it was shared on Twitter, one wrote: “We all need this and you Ant and Dec!! Looking forward to a more challenging series for our celebs!! X”

Another commented: “Going to miss it being in the jungle but hopefully still be a quality series this year. Hopefully, you guys will be back in Australia next year.”

“Yay yay yay! So excited for this! It’s going to be different and I’m so excited,” shared a third fan.

A fourth said: “Oh, my goodness, I can’t wait!!! It’ll be so good to have them back on my screen for 3 weeks straight!!”

It’s not yet known who will be a part of this year’s line-up but the rumour mill has been going into overdrive surrounding who is tipped to be signing-up.

Names linked with the programme this year include Selling Sunset star Christine Quinn and This Morning host Eamonn Holmes.

But who will be taking on the famous Bushtucker Trials in just a matter of weeks?

I’m A Celebrity… Get Me Out of Here! returns next month to ITV.