Jon Courtenay, aged 46, brought along his family as he revealed his hope of impressing judges Simon Cowell, Amanda Holden, Alesha Dixon and David Walliams enough to be given the chance to perform at the Royal Variety Show. What he didn’t expect was to be left speechless by Ant and Dec’s shock reaction as they pressed the Britain’s Got Talent Golden Buzzer.

The comedy singer took to the stage to reveal he’d be playing the piano, which he began learning at the age of five.

He went on to reveal the Palladium was like the “holy grail” to him and he’d never played anywhere so big.

Jon then took his seat at the piano and began to play while singing an original song.

Throughout the track, he referenced former stars from the series such as Susan Boyle, Paul Potts and George Sampson. 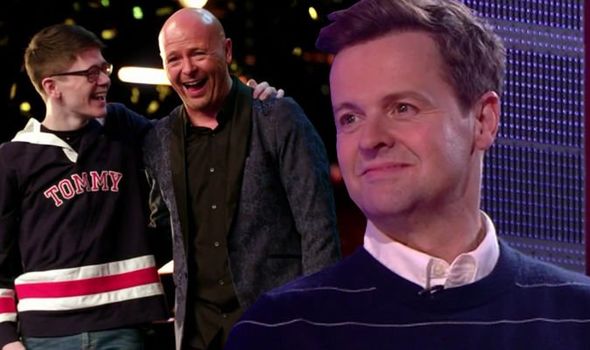 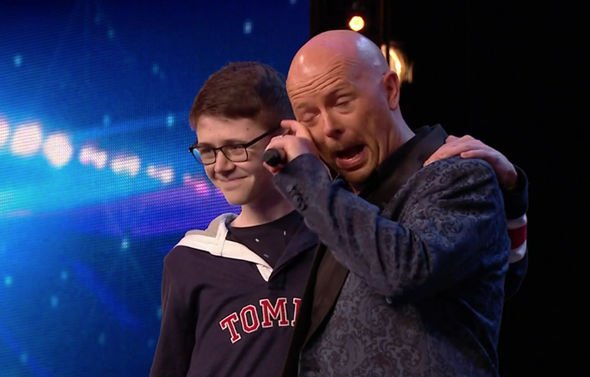 He explained he had always dreamed of performing at Britain’s Got Talent and his youngest son had encouraged him to “make his mark”.

Jon also revealed how his dad had taught him how to play piano but can’t see him audition for the series.

As the performance went on, his sons could be seen proudly looking on from the audience and even wiping away a tear or two.

The song was a hit with both the judges and the audiences, with Amanda leading with the positive comments. 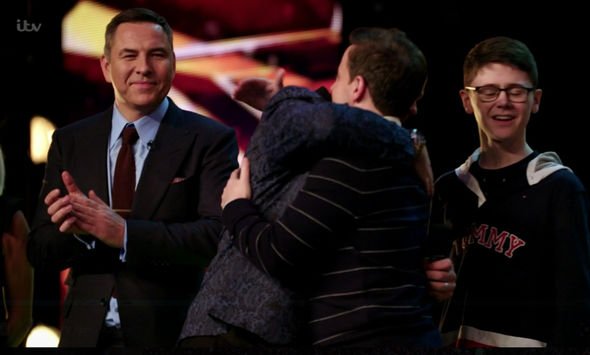 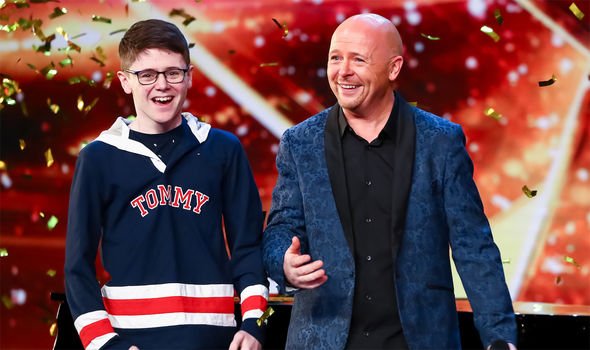 “Jon you’ve just made me fall to bits and I don’t know why,” Amanda began. “I’ve just seen a man make his dreams come true.”

David added: “It was just so winning. My goodness me, you just made everyone in the audience and I’m sure everyone at home, fall in love with you.”

“It had everything and at the end, you had us moved to tears,” Alesha continued. “This show is perfect for you and now I want to see you go as far as you can in this competition.”

Simon commented: “It was just a wonderful audition. You are someone who has worked hard for years and needs a break and I’m sure will get a huge reaction from this, I promise you.”

As Simon went on to give his verdict and say “yes” to Jon, hosts Ant and Dec ran out on stage to surprise everyone.

The pair ran down to the judging panel to press the Golden Buzzer leaving John overcome with emotion as his son hugged him.

Jon’s youngest son who was still sitting in the audience also began crying as he told his mum: “I’m so happy for him.”

As Ant and Dec went on stage to hug Jon, he told them: “I can’t believe you did that.”

“You deserve it,” Ant replied as Jon’s family joined him on stage.

Jon is the second act to receive the Golden Buzzer as last week David sent Sign Along With Us straight through to the live semi-finals.

The choir were made up of singer and signers who performed This is Me from The Greatest Showman.

David was so overcome with emotion, he immediately pressed the buzzer to send the group through to the live shows.

Britain’s Got Talent airs Saturday on ITV at 8pm.