One guest got a surprise on Antiques Roadshow when a painting that was hanging on his grandmother’s wall was valued at £6,000 to £8,000. On a recent episode of the BBC show, expert Lawrence Hendra quizzed the guest on how the painting came into his possession and was amazed to find out it was a very generous gift.

Lawrence began: “You’ve brought this painting which could potentially be quite interesting, but what’s the story here and why have you brought it along today?”

The owner of the painting replied: “It’s been in the family about 45 years, at least, because I can remember it when I was in my mid-teens.

“It was hanging in my grandmother’s house in Earls Court,” he explained.

Lawrence went on to inform viewers about the painting’s history and whether or not it was genuine. 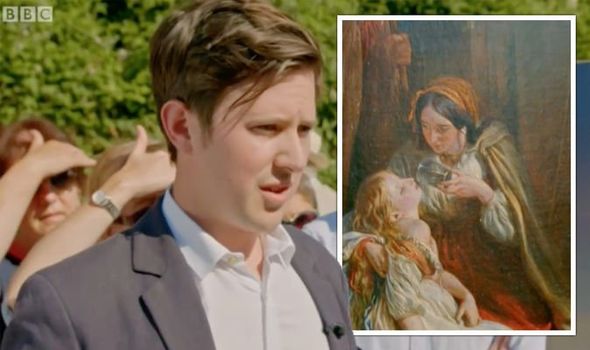 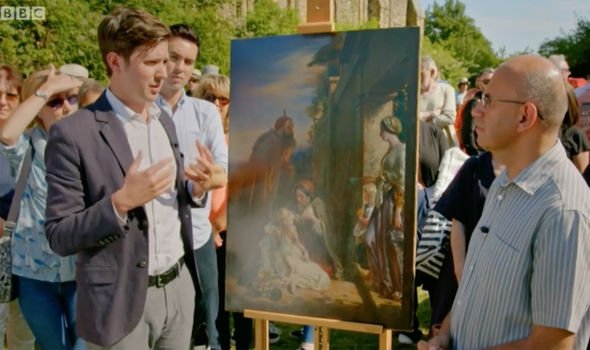 The antiques expert commented: “You can see in the bottom left hand corner here there is this signature ‘C.W Cope’ and a date ‘1844’.

“So the question you want to know is: is it Charles West Cope?” Lawrence said.

“That’s right,” the guest replied, wanting to know more about the painting.

Lawrence explained: “So Charles West Cope was quite an important Victorian painter. 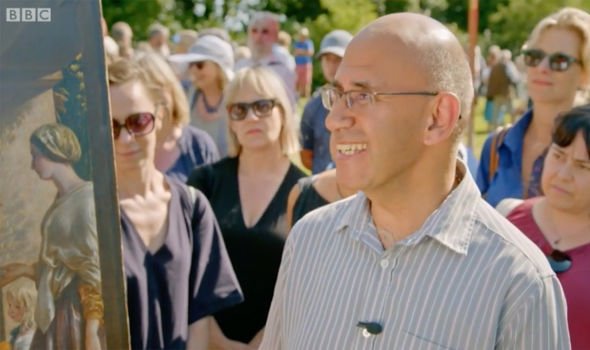 The expert described the painting, which showed a lady standing in a doorway with a bowl of water, whilst another lady down here’s kneeling down and pouring water into the mouth of this child.

Lawrence revealed: “This of course is a quote from the bible, from the gospel of Matthew. ‘And whoever gives a cup of cold water to one of my humble disciples, I promise you he will not go unrewarded.’

“This is very well painted. It doesn’t look to be like it’s an artist who is sort of copying from something.

“This looks to be – this really does look very good quality. I mean just look at the face of the young subject we see here,” he remarked.

Later on, Lawrence said: “So the question is could this be the painting that he exhibited at the Royal Academy in 1844? And actually I think it is.

“So how do you think this came into the possession of your grandparents?” he enquired.

The Antiques Roadshow guest replied: “The only thing we can speculate on is that they became very good friends with a very famous entertainer of the 30s, 40s and 50s called Vic Oliver.

“He was massive especially during the time of the war and he was the first ever castaway on Desert Island Discs in 1942.

“So in terms of value Charles West Cope’s work does appear at auction, fairly frequently, and I think this is a good one,” Lawrence explained.

He added: “I think if this were to set up at auction, I would expect to see it sell for somewhere in the region of six to eight thousand pounds.”