In a clip from an episode of Bargain Hunt, auctioneer Christina Trevanion went to Leominster in Hertfordshire where she learned all about tribal art. The expert was stunned to discover that some African masks could fetch a price of £2 million at auction.

In the clip, Christina met up with expert Sam Hanbury-Maiden, who explained that finding out the age and origin of tribal art can be tricky.

“Sam, this looks like a fascinating collection. But what do we mean by the term tribal art?”

He replied: “Essentially Christina we are talking about pieces that are of a non-European nature.

“Tribal art is a term that covers north and south America, Africa, certain parts of Asia.” 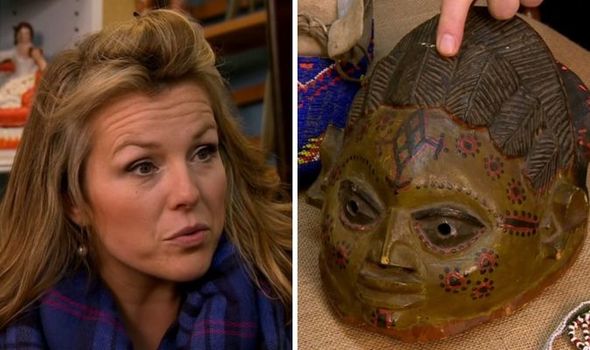 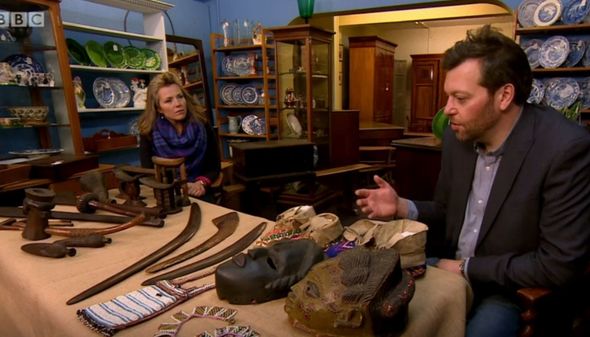 Sam went on to explain that the pieces of tribal art he had to show Christina were everyday items like tools and jewellery.

He continued: “They are considered a tribal art because they were made by artisans.”

Christina chipped in as she pointed to an object: “I recognise this one as a typical boomerang but what’s going on here?”

Sam replied: “The middle one is a more unusual variation of a boomerang, this is called the Lil Lil, which is a rarer type of boomerang. 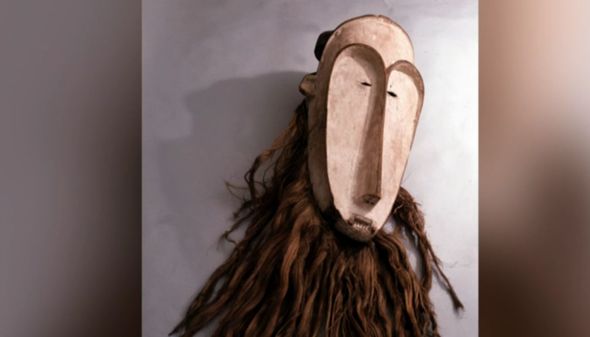 “A lot of people recognise the boomerang, the more sort of U-shaped boomerang which is the famous one that returns.

“But, these ones, they’re not necessarily returning boomerangs. They are used for hunting.

“Some of them have very sharp edges, they can be used for cutting, others for digging.

“You don’t find those every day, so that’s what makes that one highly desirable for collectors.”

Christina went on to quiz the expert on how much that type of boomerang would fetch at auction, to which he replied: “That one you’re looking at £800 to £1,000 maybe.”

Sam explained that the different types of boomerang are set apart by the type of wood that is used to make them and the carvings on them.

Sam spoke to Christina about the beaded jewellery items before he moved on to talking about the face masks.

He continued: “These masks are from about the 1400s to the 1460s. One of the biggest giveaways with the mask is actually not the front, it’s the back.

“You’re looking at signs of wear that essentially comes from being worn on the side of the face or on top of the head.

“This mask for example from the Yoruba Tribe has probably been painted several times as well. Looking with a magnifying glass you’ll probably be able to see the different layers of paint.”

As he continued to go through the different types of masks, Sam explained to a shocked Christina that some could be worth up to £2 million.

“This Yoruba mask, maybe a bit more, maybe £600 something like that,” he said. “The big money-makers are things like the fang masks from Gabon.

“Again highly copied today, but a fang mask with a good providence today, dating from the 19th century could be a couple of million pounds.”

Elsewhere in the episode, Christina had the expert help from Kate Bliss and Ochuko Okiri as the red and blue teams battled it out against each other.

Each team had to rummage through the Secondhand Warehouse and the Antiques Centre to see who could buy the most profitable three items to take to auction.

Bargain Hunt is available to watch on the BBC iPlayer.