Captain Sandy Yawn from Below Deck Mediterranean says there is a big difference between working as a yacht captain in real life versus the show. 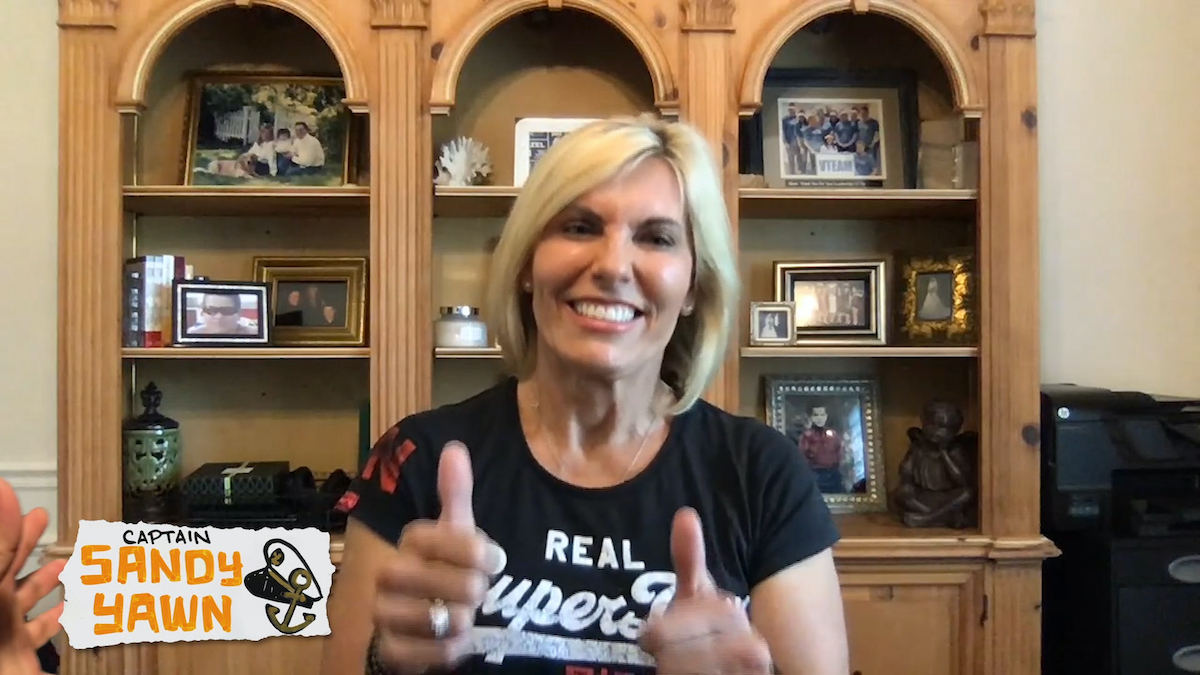 Yawn told Boat that one of the biggest differences is that she typically doesn’t work with green crew in real life. While some crew members complain that they received a harsh edit, she insists crew members are portrayed accurately on the show with regard to how they do their job.

“You can’t make someone look bad if they’re doing their job right, no matter how you edit it,” she revealed. “I’m a competent captain. I’m a woman so I’ve had to work five times harder than anyone else to get there.” She was hired to step in the role previously held by Captain Mark Howard. But once she started filming her first season, she learned that the crew isn’t always as experienced as the teams she’s managed in the real world.

Yawn said the job essentially  “landed in her lap” and she decided to take the position even though colleagues discouraged it. “Everyone was saying don’t do it, you’ll ruin your career and I was like ‘This just landed in my lap, I can’t say no to it!’” she recalls.

“I went to the interview and said if it happens, it happens, if it doesn’t, it doesn’t. I thought well I’m already a successful captain, I can always get another job.”

Lara's gone AWOL and Hannah is freaking out about it on a new #BelowDeckMed TONIGHT!

RELATED: Have Captain Sandy and Hannah Ferrier from ‘Below Deck Med’ Resolved Their Differences?

Yawn admits that her first season was a little surprising. “When you’re from the charter world, you’re used to having the best charter crew on the planet,” she remarked. “And then you step on board Below Deck and the chief stew has no experience.”

She then perhaps offered some insight into why she and chief stew Hannah Ferrier have had tension in the past. On a number of occasions, Yawn observed that Ferrier simply didn’t have a passion for yachting. Ferrier agreed with her but shared she had a passion for providing exceptional service to the guests.

Catch up on all the drama that went down on Season 4 of #BelowDeckMed ahead of the new Season Premiere June 1 @ 9/8c!

Nonetheless, Ferrier returned for season 5, which she said is her last. Yawn is seen telling Ferrier she could have fired her on a number of occasions during the first episode in a rewind moment. Yawn discussed that having a lack of passion for the job reflects on camera.

“When someone doesn’t have passion for the job or is just there to be on TV and hope their career is going to take off, that is hard for me. I don’t have time for it, and you can always tell – the camera never lies,” she told Boat.

Below Deck Mediterranean is on Monday at 9/8c on Bravo.