Former chief stew Kate Chastain from Below Deck says the way you dress is indicative of how you design a tablescape. And while she shared positive remarks about Below Deck Mediterranean‘s incoming second stew Christine “Bugsy” Drake, did she throw a little shade her way about her outfit? 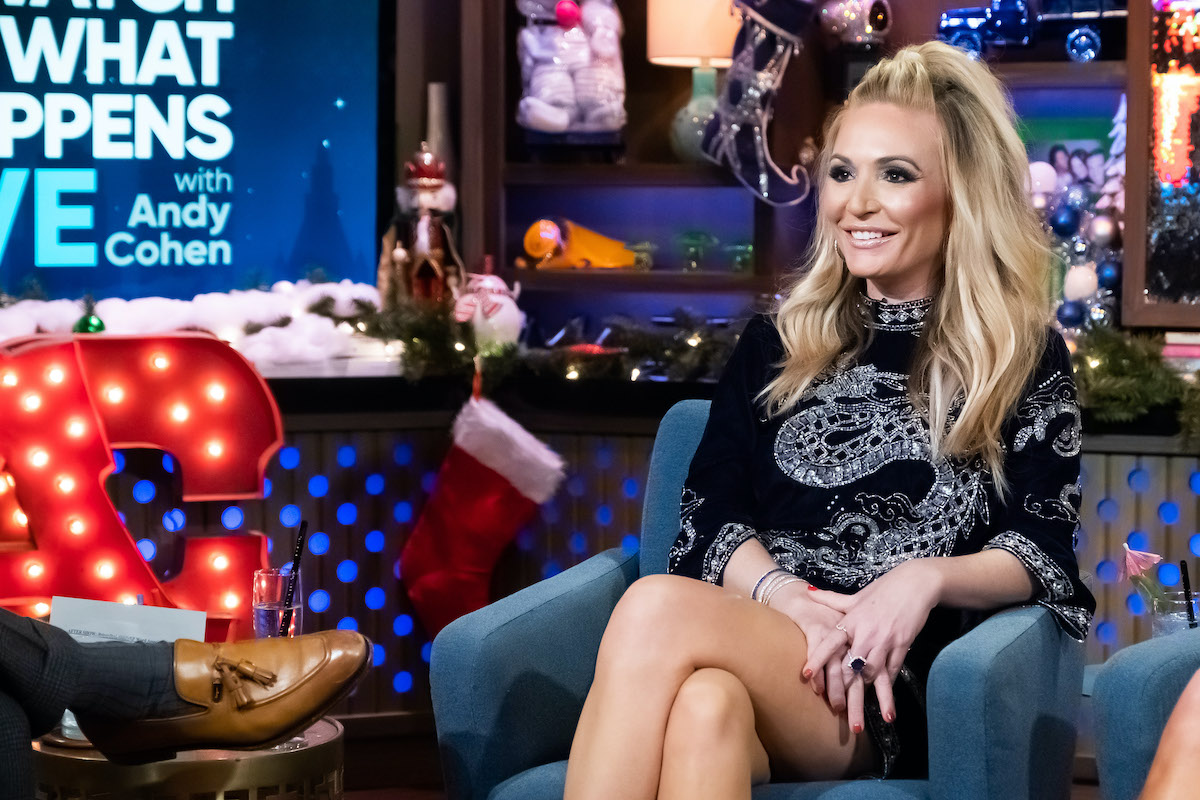 “And she’s always been very sweet to me in DMs and stuff,” Chastain added. “But here’s what I will say. Let’s talk about her outfit walking up the dock.”

Kate Chastain compares what you wear to how you decorate

Chastain has openly discussed her love of decor and getting creative with both theme parties and her tablescapes. Like Chastain, Drake’s signature style is in her table decor too. But Chastain made this one comparison.

“Tablescapes for every person is basically a reflection of how you dress,” Chastain shared. “Hannah’s style is lacking. And I don’t get it. Bugsy is the other end of the spectrum there. She’s like over the top. Matchy, matchy, matchy. Palm fronds backpack, palm fronds in my hair necklace, palm fronds earnings.”

Did you miss her? @BugsyDrake is BACK and we are BLESSED! 🙏 Check out our Link in Bio to learn all the details!

RELATED: ‘Below Deck Med’: Is Bugsy Drake the Martha Stewart of Yachting?

“I think Bugsy is really into tablescapes,” Chastain observed. “Courtney [Skippon] my stewardess from [season 7], queen icon legend. We DM from time to time and it’s like ‘Goldilocks and the Three Bears.’ There’s one that’s too little, one that’s too much. We like it just right. I think that what’s elegant is something that’s beautiful but that you aren’t trying so hard. There’s a difference between simplicity and doing nothing.”

“I don’t understand how as a yacht stewardess why you don’t like doing tablescapes,” she said. “It’s literally the only job where I get to be creative. It’s the best part of your job. The fact that she doesn’t like it and I’m like ‘What’s wrong with you?’ But then I see her outfits and it all makes sense.”

Chastain has made a comparison between outfits and tablescapes in the past. “So the placemats are the skirt, jeans bottoms,” she shared on the podcast. “The napkins, the linens are the top. And then the napkin ring is your accessories, your jewelry. How people dress and how people do a table — it’s all the same.”

Get Hannah's unfiltered thoughts on her #BelowDeckMed crewmates with a game of Who's Most Likely To!

RELATED: ‘Below Deck Med’: Hannah Ferrier and Kate Chastain Both Love Laundry Because It Gets Them Away From Guests and Crew

She also thinks Ferrier was probably both angry and scared that Drake would return. Chastain notices Ferrier does a few things that indicate she’s having anxiety. “What Hannah does when she’s nervous or intimidated is she plays with her necklace,” Chastain observed. “And if it’s at dinner service, she plays with her earpiece.” She also thinks perhaps Ferrier should have put on headphones when she retreated to her cabin to listen to motivational leadership videos. “I was like honey put your earbuds in!” Chastain said. “Google it. Read it. Don’t play it on speaker.”