Ben and Kate welcomed Jacqui Smith onto Good Morning Britain today to talk about the government’s latest guidelines to stop the spread of coronavirus. However, with the former politician set to take part on this year’s Strictly Come Dancing alongside GMB host Ranvir Singh, it wasn’t surprising Kate and Ben wanted all of the backstage gossip.

Asked about how they were preparing for the show, Ranvir revealed she’d been messaging Jacqui after she’d been announced as the final star on the line-up.

“I was eating a tube of Pringles at the time and I’d only eaten half and I was really proud,” she dished.

Ranvir went on to detail how she’d decided to go on Max George’s Instagram page to find out what he was up to and was horrified when she saw him doing a work out in preparation for the BBC series.

Jacqui chipped in to note it was fine as they would “bring maturity and elegance” to this year’s show. 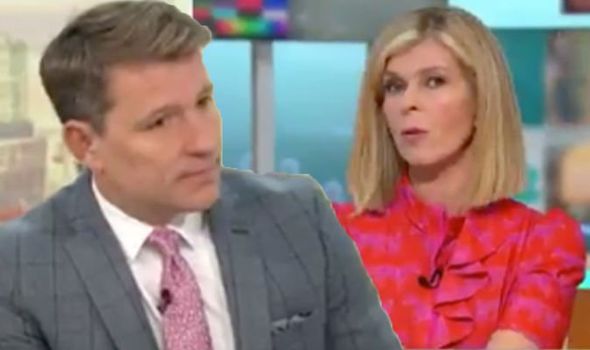 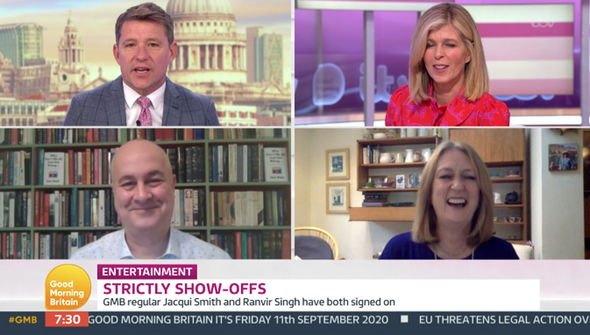 Ranvir continued: “I started doing a bit of exercise. I loathe exercise.”

“You don’t need to worry about it, you shed so many pounds,” her co-host and former Strictly star Kate advised.

But as they discussed preparation for the show, Iain Dale, who had also joined the hosts today, cut in to reveal his sister had sent him a message which read: “Mmm Ben.”

Ranvir giggled as she explained: “We get messages like that all the time.” 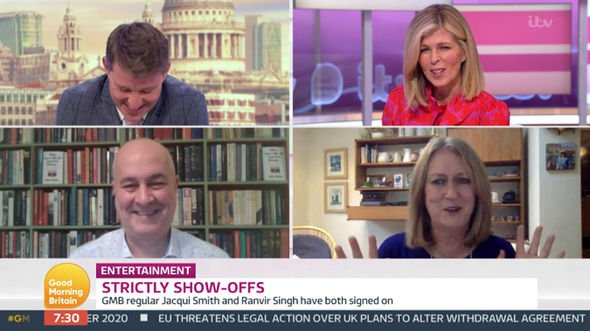 Kate added that’s why Ben wasn’t allowed on Strictly because he is “so swoon”.

However, she added: “Ranvir and I were saying, Annie would be happier about your doing it if you just let yourself go.”

Keen not to discuss his marriage and Strictly, Ben abruptly cut off his co-host.

“Listen, this isn’t about me,” he snapped before turning back to Jacqui.

He asked if she would be “embracing the opportunity to get involved in the dances”.

Jacqui’s appearance on GMB comes after it was revealed she is the outsider to win this year’s series.

It seems fans of Strictly don’t have much faith in her lifting the Glitterball Trophy as only two bets have been placed on her winning.

Jaqui has failed to connect with punters and she’s an outsider to win with odds of 50/1.

However, at the other end, EastEnders actress Maisie Smith remains the favourite to win with odds of 2/1.

Jessica O’Reilly of Ladbrokes said: “Jacqui could well be the first celebrity sent packing, but the odds now suggest Caroline could be the dark horse of the series this year.”

Good Morning Britain airs weekdays on ITV at 6am.