When Bernie Mac died in 2008, it was a shock to all of his fans. The comedian was just 50 years old when he died due to complications from sarcoidosis, per ABC News — and it came totally out of the blue, rocking fans and his family forever.

His wife, Rhonda McCullough, told Oprah Winfrey of his final moments (via ABC News): “When they finally let me go into the room to see him, I was like, ‘Oh, my God.’ He was just shaking … I remember telling him, I said, ‘Please don’t, don’t die.’ I said, ‘I’m here. I’m waiting for you. I’ll take care of you. Just don’t, don’t die. Don’t die.'”

Having been married since 1977, after meeting in high school (according to the outlet), it was seemingly impossible for McCullough to lose the love of her life and best friend. Bernie Mac was everything to his fans, too, having been in the comedy game since he was a teenager. The Chicago native worked the club circuit for over a decade before landing some of his first film roles in the early ’90s, per IMDb, and eventually getting his own sitcom.

While his death was a shock to many, the fact that he left behind a fortune was not, given his decades-long career. How much was he worth when he died? 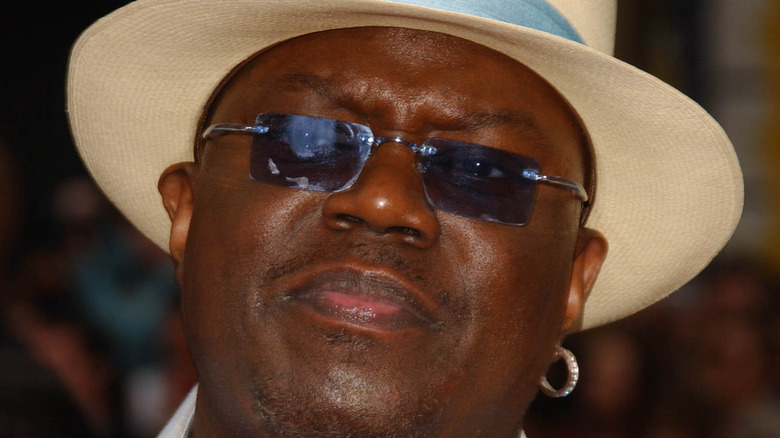 According to Celebrity Net Worth, Bernie Mac was worth $15 million at the time of his death. As for what he spent his money on, Mac enjoyed several large homes over the years, including a 10-room house in the Chicago suburbs, complete with a 10-foot swimming pool and marble floors, per The Chicago Tribune.

But earning so much was never the goal for him. Per The Huffington Post, he once told Oprah that he simply always just followed his passion for making people laugh.

He said of success and wealth, “I think if you focus on being the best in yourself, all that stuff will come. I hear people saying, ‘Get ya money on, get ya money on.’ I hate that. I mean, that’s your motivation? If you do well, the money will come.” He added at the time, “And quit focusing on the money, because it’s not about the money. My love for comedy is just unbelievable.”

That love for comedy amassed him a fortune and a storied career, one that has likely inspired generations of comedians to come. While he is dearly missed by both fans and his family, his legacy lives on.