All 12 seasons of The Big Bang Theory are available to stream and download on Netflix now. There are 279 episodes in total, which all begin with the same famous line: ‘Our whole universe was in a hot dense state’. Express.co.uk has everything you need to know about The Big Bang Theory theme song and its lyrics.

What are the Big Bang Theory intro lyrics?

The Big Bang Theory theme song was written and performed by the Barenaked Ladies and has become instantly recognisable by Big Bang fans across the world.

There was, however, a moment in time when the theme song for The Big Bang Theory could have sounded a lot different.

Big Bang Theory producers, Chuck Lorre and Bill Prady, originally planned to use a new version of ‘She Blinded Me With Science’, a jazz song from the 1980s written and performed by Thomas Dolby.

They eventually approached Canadian alternative rock band The Barenaked Ladies to write a brand new song for the sitcom after attending one of their concerts. 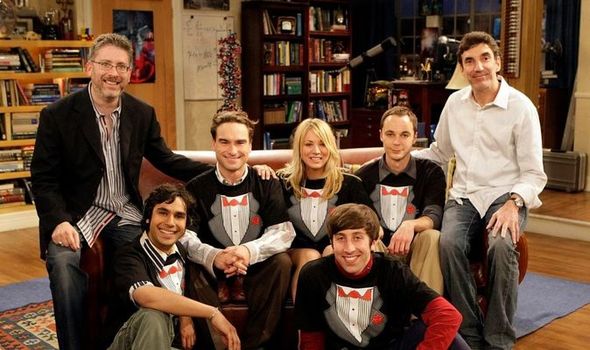 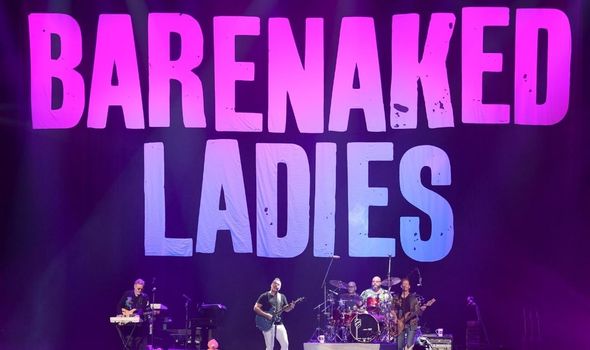 Speaking to The Metro, Barenaked Ladies frontman Ed Robertston revealed he almost declined the offer to write and perform the track.

He said: “‘The request came on for Big Bang Theory and I was a little bit jaded about the whole project, and so I really didn’t bother to do it.

“My manager was nagging me, going ‘this would be a good idea’ but I was like ‘whatever’.

“I totally ignored the entire thing until the morning I was supposed to get on a conference call with Chuck and Bill and present the song…which I had not written.”

Robertson also revealed the idea for the song and lyrics came to him whilst he was in the shower. 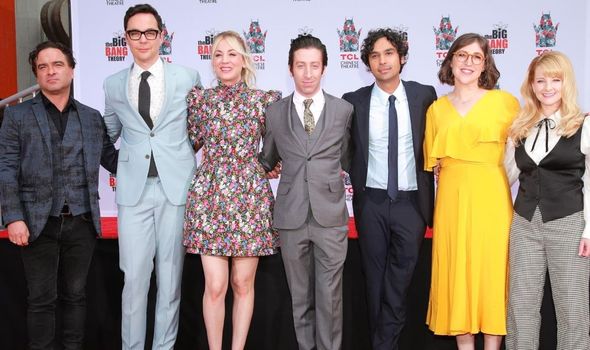 The song, titled Big Bang Theory Theme, is what fans will recognise today and describes the scientific history of the universe and formation.

The lyrics of The Big Bang Theory theme song fans will recognise are:

“Our whole universe was in a hot, dense state,

The earth began to cool, The autotrophs began to drool,

Neanderthals developed tools, we built a wall (we built the pyramids!),

That all started with the big bang! Hey!” 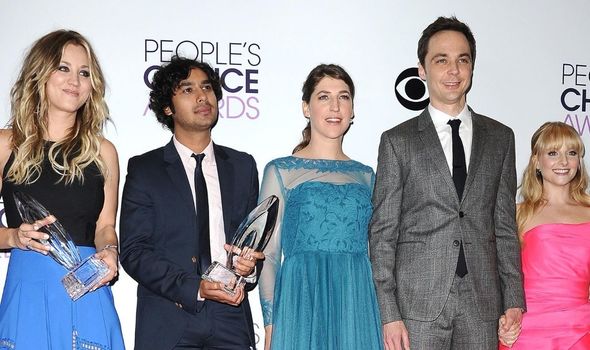 The song continues: “Since the dawn of man is really not that long

A fraction of a second and the elements were made

The bipeds stood up straight, the dinosaurs all met their fate

They tried to leap but they were late

And they all died (they froze their asses off)

The oceans and Pangea, see ya wouldn’t wanna be ya

Set in motion by the same big bang!

It’s expanding ever outward but one day

It will cause the stars to go the other way

Collapsing ever inward, we won’t be here, it won’t be hurt

Our best and brightest figure that it’ll make an even bigger bang!

Australopithecus would really have been sick of us

Religion or astronomy (Descartes or Deuteronomy)

Music and mythology, Einstein and astrology

It all started with the big bang!”

Keen Big Bang Theory fans would have spotted one of the show’s main characters, Howard Wolowitz (played by Simon Helberg) had the show’s theme song as his ringtone throughout the series.

For the show’s final episode, fans would have also noticed a special acoustic version of the song play out as the Big Bang Theory gang ate Chinese food in Sheldon (Jim Parsons) and Leonard’s (Johnny Galecki) apartment.

Speaking to Variety in 2019 ahead of the last ever episode, Robertson said: “I was really honoured that they asked me to participate in the finale.

“It was a really fun and collaborative day in the studio, getting notes back and forth from Chuck while coming up with this new version.

“It really reminded me of composing and recording the song in the beginning – fun, spontaneous and with a spirit of playfulness.

“Our association with the show is something we’re all very proud of.”

The Big Bang Theory is streaming on Netflix now