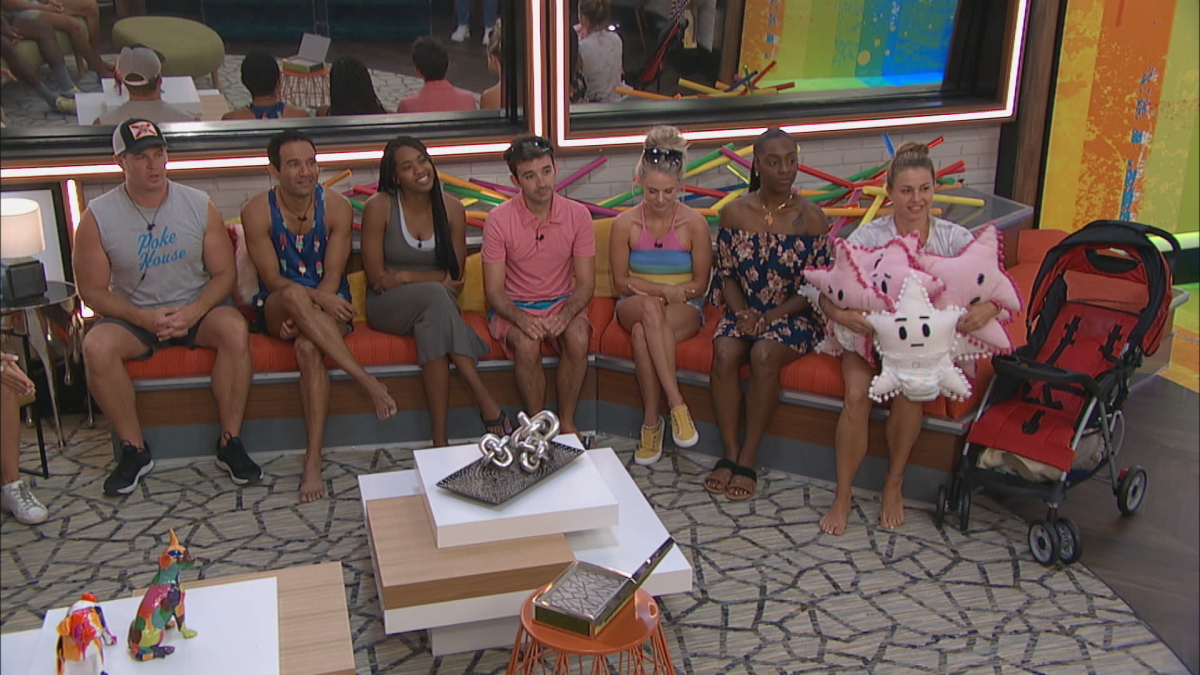 Big Brother live feed spoilers from early Saturday all center around preparation for the Veto Competition. Six members of the BB22 cast will be playing for the Power of Veto very soon.

In a Head of Household Competition that was finished after the Thursday night episode came to an end, Enzo Palumbo took over the power in the house.

Though it was the first time that Enzo has won the HOH this season, its the fourth time that someone from one of the primary alliances has resided in the HOH Room.

Who did Enzo nominate for eviction?

Enzo went with the extremely predictable choice of targeting Kaysar Ridha for eviction. All the bluster about going after a big target was just him talking, as he settled into the same plan as the previous three HOHs: Take out an easy target.

At the Week 4 Nomination Ceremony, Enzo put Kaysar and Kevin Campbell on the block. Kevin got pulled aside and told that he is the pawn this week, but he is nonetheless nervous about having to be on the block again.

Kevin was also nominated by Cody Calafiore in Week 1, but it was Keesha Smith who got evicted that week. Kevin skated through the two weeks after that pretty easily and now he is right back on the block.

Who is playing for the Week 4 Power of Veto?

On Saturday afternoon, the players for the Veto Competition were chosen. Three additional people would be joining Enzo, Kaysar, and Kevin in their battle to win the Power of Veto.

It looks like the three extra houseguests playing in the Veto Competition are Tyler Crispen, Bayleigh Dayton, and David Alexander.

Later on Saturday, the six people will be called to play in the fourth Veto Competition of the summer. Could this end up being the first time that a Power of Veto gets used on Big Brother All-Stars 2?

If Kaysar wins that Veto Necklace, Enzo is going to try to backdoor someone. Ian Terry is likely at the top of that list, but we will have to stay tuned to find out for sure.

A few other things have taken place with the Big Brother 22 cast since the last episode. There are new Have-Nots this week, but only three people are going through the punishments now.

A lot of time was also spent by Enzo and Daniele Donato trying to stir up some drama with the hinky votes they made to save Janelle.

And as for those votes, Dani was called out by someone in the BB22 house who may have figured out what she was doing. It’s not as bad as when her alliance figured out her primary plan, but it’s still not good for her game.