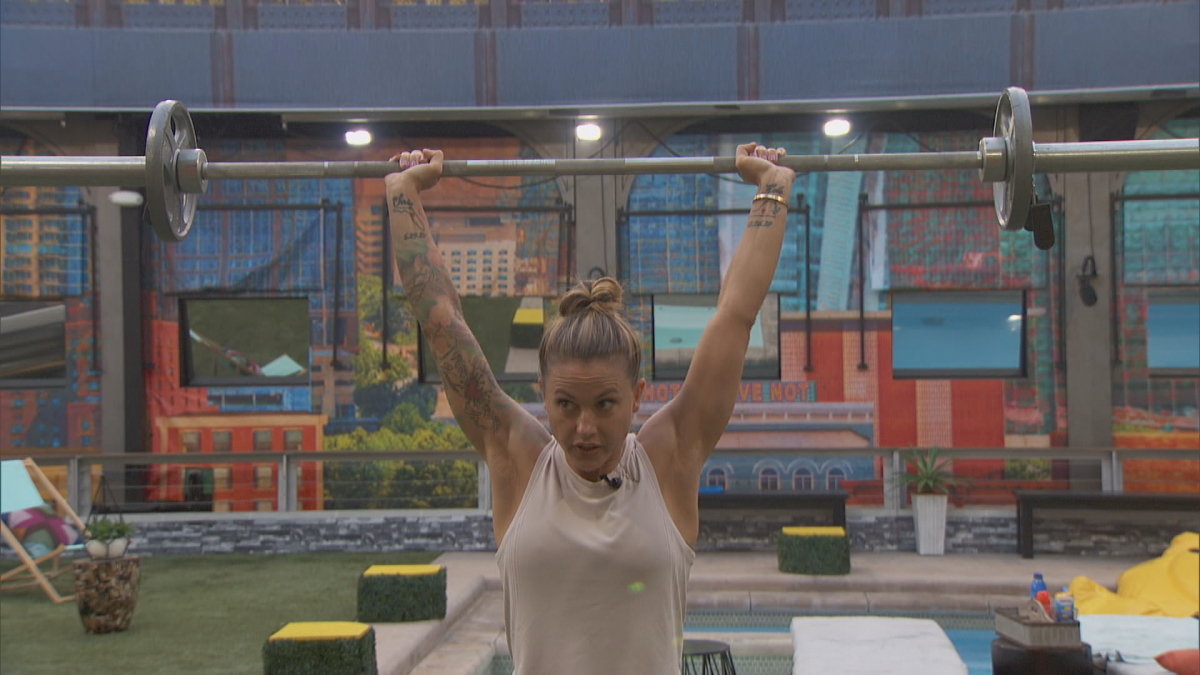 The Big Brother live feeds have provided a lot of spoilers over the past few days, leading up to the Veto Meeting that is going to take place on Monday afternoon.

During the last episode of the show, Ian Terry got evicted on a 5-3 vote. Since then, Nicole Franzel has tried to pretend that she voted to save Ian (she didn’t) and has accused David Alexander of lying about voting against Tyler Crispen (he did vote out Tyler).

After the episode came to an end, Memphis Garrett won the Head of Household Competition. The CBS live feeds remained down for an additional three hours, though, in which time David and Da’Vonne Rogers had a big argument which was spurred on by Nicole lying about her vote.

At the Nomination Ceremony, Memphis put Da’Vonne Rogers and Kevin Campbell on the block. He then went to tell both of them (together) that his plan was to backdoor David Alexander and that they didn’t need to worry.

When picking players for the Veto Competition, Da’Vonne and Kevin each got their choice and they went with Daniele Donato and Nicole. Meanwhile, Memphis drew Tyler.

Memphis then told Dani and Nicole to throw the challenge so that either Memphis or one of the two nominees could win the POV and take someone down. Tyler met with Cody Calafiore and decided to play his hardest to win it because they wanted to keep David around.

Power of Veto winner and a tentative plan

Dani did not throw the POV and it was Tyler who ended up winning it. Tyler wanted to make sure that it was either Da’Vonne or Kevin heading to the jury next. Now, on Monday, Tyler gets to host the Veto Meeting and force the house to decide between Kevin or Da’Vonne.

This is where the line in the sand could be drawn within The Committee. The HOH and POV winner are at odds, despite being in the same alliance together. Memphis may have seen this coming, which is why he set up two new final three alliances.

While there is some drama, the week is also heading to the conclusion that many fans had predicted the moment that Memphis won the HOH Competition. One of Da’Vonne, Kevin, or David is about to become the second member of the BB22 jury.

Tyler could still save someone from the block in order to get them on his side and allow The Committee to be happy by evicting David. But Tyler thinks that he has David in his back pocket and it would be a poor move for him to just throw that away.

What happens next? It will all depend on what takes place at the September 24 HOH Competition. The next person to take power will be in a position to make big waves within the final nine houseguests.

And for readers who don’t already know, a Double Eviction is coming up on the CBS schedule. That could definitely lead to some intriguing spoilers coming from the Big Brother live feeds.

Related posts:
TV and Movies
The Masked Singer: Who's Been Revealed So Far?
Timothy Hutton Replaced on FX’s ‘Y: The Last Man,’ as Production Begins
Everything We Know About ‘The Mandalorian’ Season 2
Spoilers: Richard Hawley confirms shock Corrie exit for Johnny?
Recent Posts
This website uses cookies to improve your user experience and to provide you with advertisements that are relevant to your interests. By continuing to browse the site you are agreeing to our use of cookies.Ok