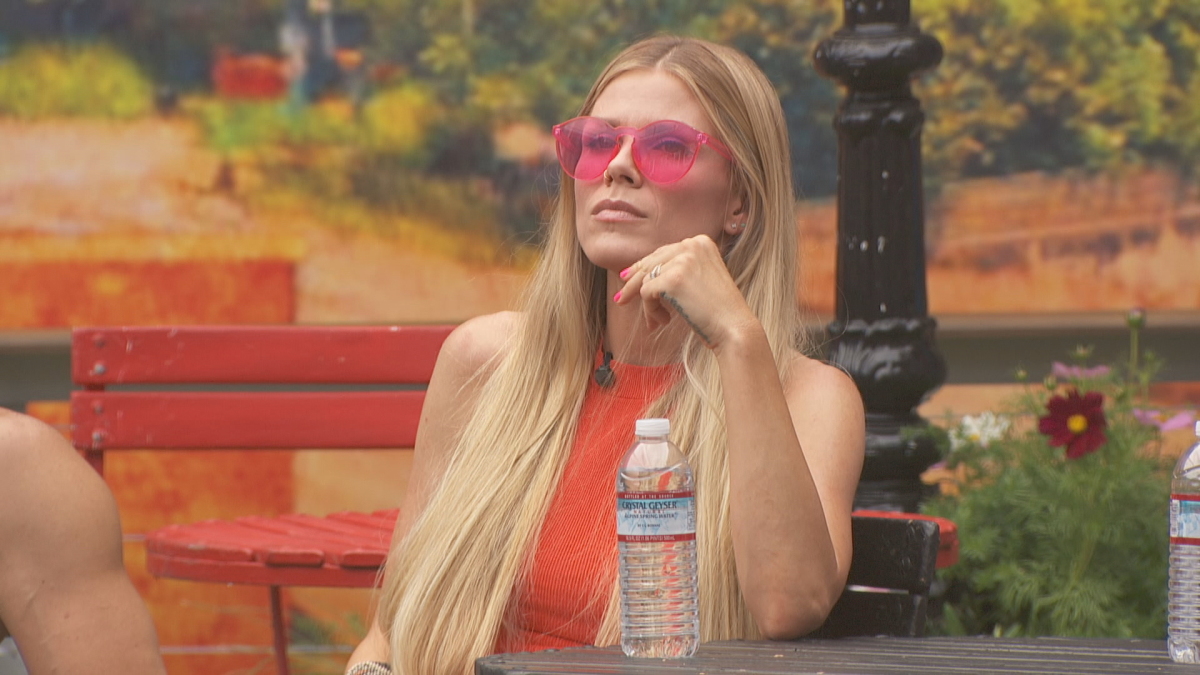 Big Brother spoilers about Daniele Donato reveal that some of her alliance members are on to one of her plans. That’s not good news for her, especially as she tries to push for the eviction of other women on the show.

During the latest episode of the show, CBS viewers were let in on the secret that Dani thought nobody knew about. She has been going around the house planting seeds of information and doubt that she hopes to use to her advantage later this summer.

But in the overnight hours on Wednesday, the CBS live feeds made it pretty clear that some of her closest allies have caught on to her strategy. If she isn’t careful, Dani could end up getting backdoored by one of them before she can actually carry out that plan.

Dani also has a plan in place with Nicole Franzel to get more women out of the house, which could end up working based on how things are playing out ahead of the Janelle Pierzina eviction.

Tyler Crispen, Enzo Palumbo, and Cody Calafiore have noticed how much information Dani is spreading around the house and just how quickly that she is able to do it.

Enzo and Cody discussed how she came up to Enzo and told him to make Da’Vonne Rogers a Have-Not and that she then went to Da’Vonne and told her that Enzo was going to do exactly that.

They also discussed how often that Dani is spreading information around the house and saying that it was coming directly from the guys.

At times, it has also been completely true, but Cody and Enzo don’t want her sharing everything with the rest of the house.

Enzo also stated on the live feeds that Da’Vonne warned him about Dani planting seeds and talking game all over the house. It’s something that worries Tyler and Cody moving forward.

But will they do anything about it in the short-term? Probably not. They will probably file that information away, let Dani in on fewer secrets within the primary alliance, and go after a different target in Week 4.

Who is the Week 4 eviction target?

From all of the drama that emerged when David Alexander spilled Tyler’s secrets, a definite target has emerged that could wind up on the block in Week 4. For Tyler to pull off complete damage control and keep people happy about breaking up a duo, he could push for Da’Vonne to get evicted next.

Dani, Nicole, and Christmas Abbott are already on board with a plan like that and Da’Vonne might never see it coming after her chat with Tyler. She thinks that the house wants to get David out now. And even though they do, David could end up just being a pawn to break up the duo of Da’Vonne and Bayleigh Dayton.

At the same time, Enzo and Cody are starting to really like the idea of keeping Da’Vonne and Bayleigh around in order to have them go after Dani and Nicole a bit later. Layers. Could a Dani backdoor happen soon?

Things could get very interesting in the Big Brother house over the next few days, especially if the next twist is revealed.