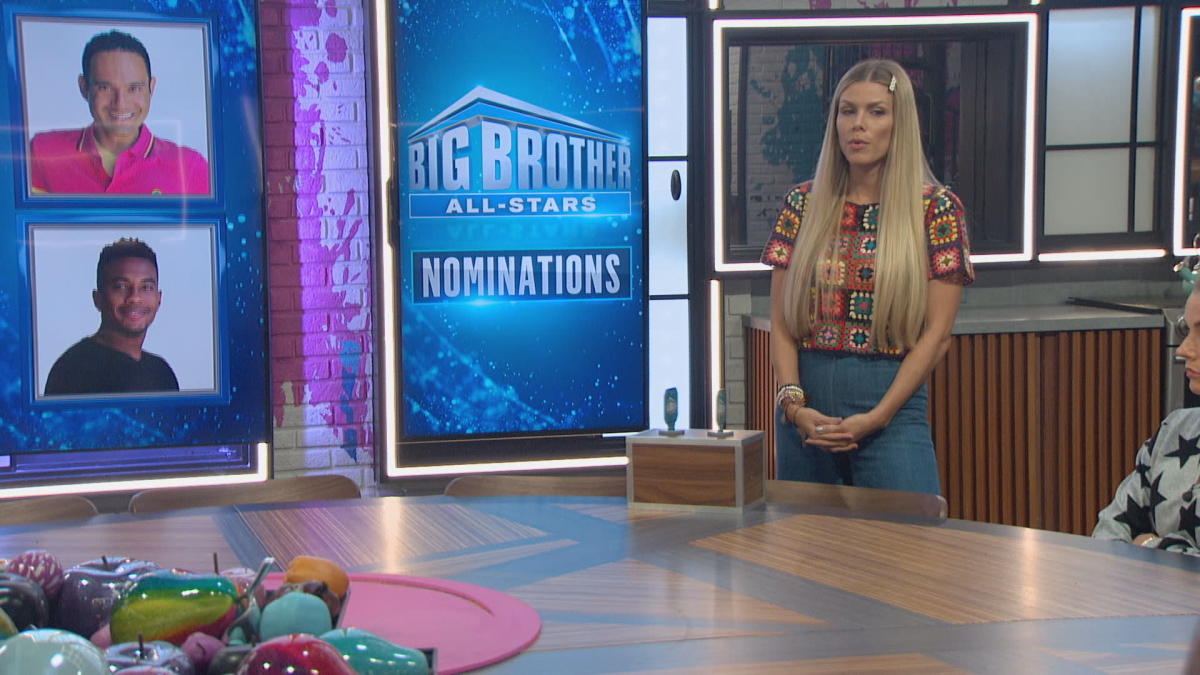 Big Brother spoilers from Evel Dick Donato are predicting that Nicole Franzel is going to continue whining, but more so this week than ever before.

Evel Dick also had some unkind words to say about his daughter, as he stated that Daniele Donato “cheated” this season and that he is “disappointed” in her.

He has been very vocal on social media this season and has not been shy about pointing out the downsides to Big Brother All-Stars 2. We are calling these spoilers because he addresses who is going to become the first member of the BB22 jury.

Let’s start with the latest comments that Evel Dick has made about Dani’s terrible gameplay this season. And let’s be frank: It has been really bad.

For viewers who haven’t seen what is going on inside the house, Dani and Nicole (as well as many other houseguests) are blaming Da’Vonne Rogers, David Alexander, and Kevin Campbell for Ian Terry and Tyler Crispen being on the block.

But Dani is the one who put Ian and Tyler on the block, despite how much she wants to blame other people and how often she complains in the HOH Room about Da’Vonne and David forcing her to do it.

In the Twitter posts shared below, Evel Dick writes about his disappointment. He says, “Why I am disappointed is the pregaming, let’s call it what it is, cheating… her lack of trust in her own game, that she feels she needs to be in a gang with this group think bullsh*t, having to ask permission what to do, who to put up, who to vote out.”

With the pregaming, he is addressing how it has become obvious that a lot of the houseguests left in the game worked out deals before they even entered the house this summer. 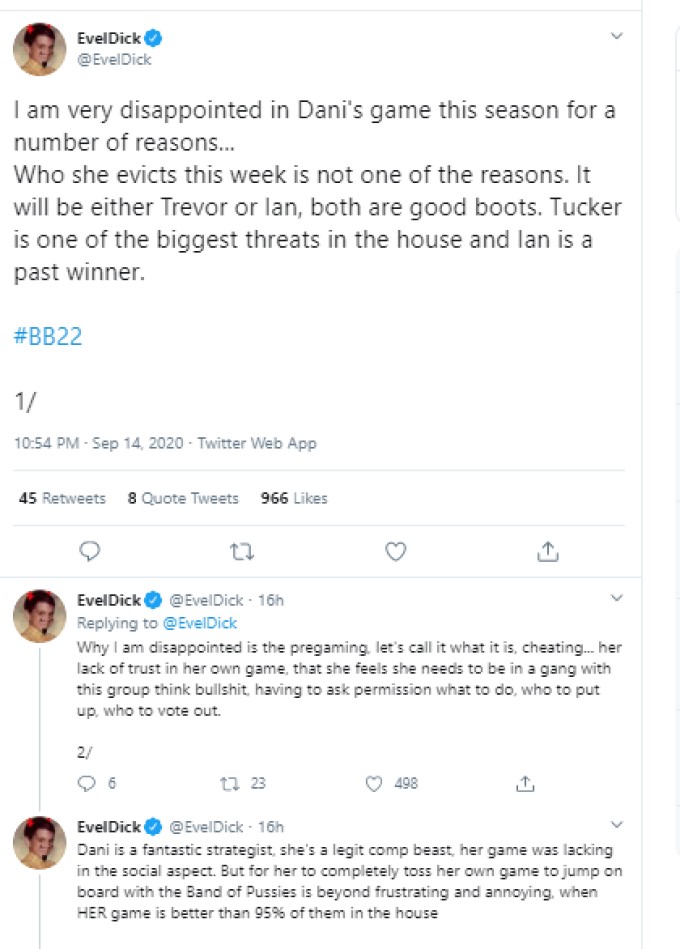 Evel Dick comments on the gameplay of Nicole Franzel

Nicole is part of the reason that her alliance with Ian is about to come to an end. If she thought that she could protect him while also defending The Committee alliance for the rest of the summer, then she was sadly mistaken.

Watching her laugh at Ian and participate in the constant jokes at his expense turned a lot of fans against her. It also created a lot of anger in fans because none of that has been shown on the episodes.

Making it all worse is that Nicole continues to work toward helping the rest of the house blindside Ian at the next Eviction Ceremony, all while she is pretending to still support him 100 percent.

It’s what led to the post below from Evel Dick about her whining a lot this season. 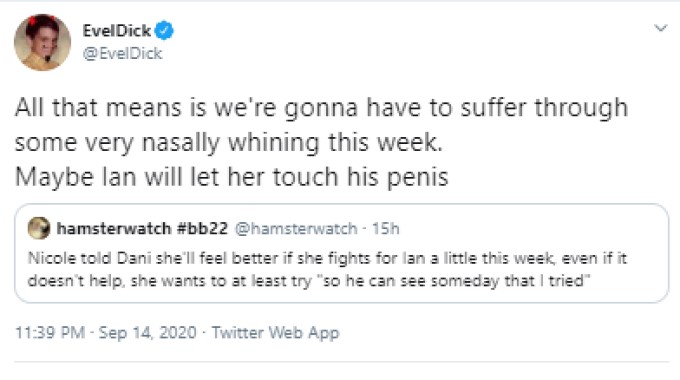 The Big Brother spoilers about Ian, and the tandem of Nicole and Dani conspiring against him will play out over the next few days.

Meanwhile, fans will try to figure out why so many houseguests continue to claim that Ian Terry is a bigger threat on Big Brother 22 than Tyler Crispen.