It’s been eight years since Breaking Bad concluded, but fans are still obsessed with some of the show’s biggest attractions. Since the hit series filmed in the real city of Albuquerque, New Mexico, many flock to places like Walter White’s (Bryan Cranston) house, the car wash, and Saul Goodman’s (Bob Odenkirk) office. In 2015, Jesse Pinkman’s (Aaron Paul) house came up for sale — for a pretty penny. 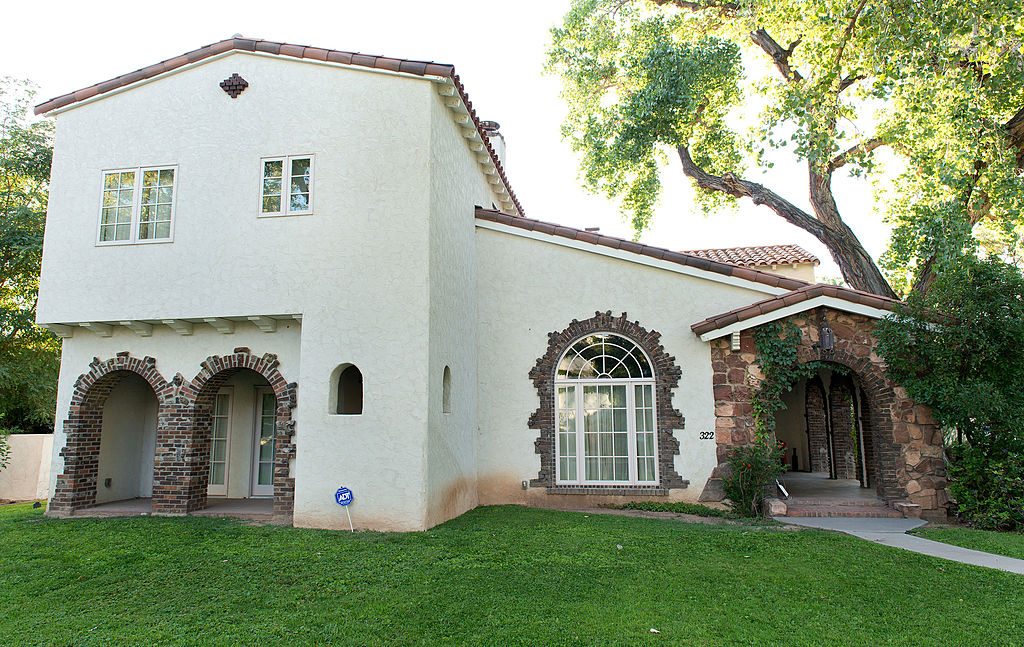 Albuquerque was already a big city. However, since Breaking Bad premiered, it’s even more so. Fans travel from around the globe to see many of the show’s destinations. There are trolleys and RV tours that transports viewers to all the best stops, including Chucky’s, Dog house, Tucco’s, Combo’s corner, Rail yard, RV Junkyard, Los Pollos Hermanos, Owl Cafe, Jane’s, the Car Wash, Superlab and more.

And, since the success of the show determined the spin-off Better Call Saul and the El Camino movie, some make stops at those attractions, too. The most-visited, however, are the houses of Walt and Jesse. In recent years, Jesse’s house came up for sale.

In 2015, Coldwell Banker’s took on the task of selling Jesse Pinkman’s house.

“Breaking Bad fanatics who want to live like Jesse Pinkman (preferably as a law-abiding citizen) can do so in the real-life house that’s just gone up for sale,” the press release said per Today. “Meth lab not included.”

The “two-story 3,500 square-foot, Spanish Colonial revival house” built by developer Leon Watson was featured in a few episodes of Breaking Bad — primarily when Jesse’s parents try to sell it only to find out it’s Jesse who bought it.

“The owners contacted us because we have a reputation for doing real estate in Albuquerque and marking unique properties,” associate brokers for the realty company said. “They thought that this was definitely going to be a unique opportunity that would appeal to a variety of buyers, not just in our market, but globally.”

The house, which was initially used for the exterior and the interior until a replica was created on a soundstage, is thought to be the first Breaking Bad property to sell since the show ended.

The agents noted that despite what the series portrayed (Jesse’s parties), it’s a “very quiet neighborhood.”

Jesse’s house has sold twice since 2008, according to records. It’s also doubled in value which is likely due to the influx of new fans who’ve just caught onto the show via Netflix. New Mexico Home Team Realty is banking on the notion there are fans who want a house near Jesse’s.

“When you think of Jesse Pinkman’s house, what do you think of? His house was always full of people having fun and living life. The highly misunderstood Jesse actually lived in an area that is quiet and older,” they wrote on their website.

“Just minutes from the Albuquerque Country Club, Jesse’s house is in a well-established area of Albuquerque. That’s far from what the show showcased. Jesse’s home is located at 322 16th St SW, not far from The Dog House that was frequently used while filming Breaking Bad. The owners of the Pinkman home do not want tourists, so please be mindful of their privacy. Although they aren’t selling their home, there are many in the area surrounding this iconic house.”

The houses are anywhere from $300,000 to over a million. If you’re lucky, Mr. White might spot you a down payment (but don’t tell Gus).