It’s pretty crazy to consider that one of the most popular, highly rated and most awarded shows of all time almost didn’t get made. Apparently, several huge networks passed on Breaking Bad before the drama series found a home on AMC.

And those network execs are likely kicking themselves nowconsidering what an explosive force the show has become, even years after thefinale aired. Breaking Bad spurred two successful spinoffs, the prequelseries Better Call Saul and the made-for-television movie ElCamino: A Breaking Bad Movie. Plus, it gave AMC a much-needed boost.

These are the networks that almost got the opportunity to host Walt, Jesse, and all the other Breaking Bad characters but sadly lost their chance. 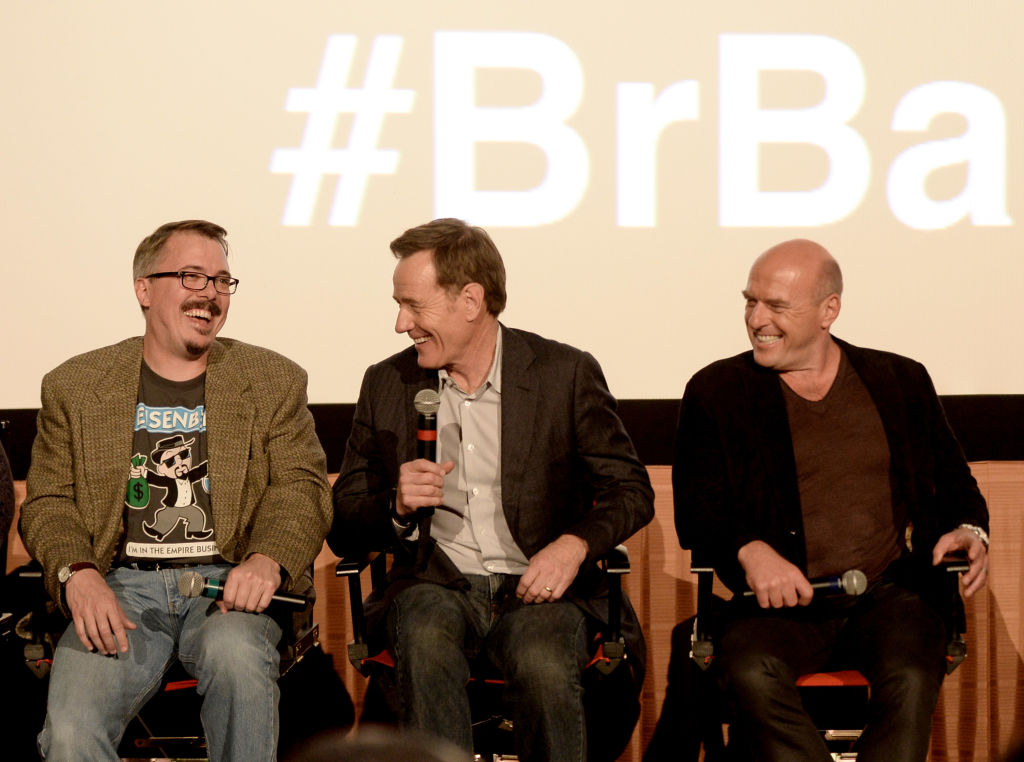 Vince Gilligan got the idea for ‘Breaking Bad’ during amidlife crisis

The 53-year-old director explained to VanityFair, “[A friend and I] were just joking around on the phone about what weshould do next: Should we be greeters at Wal-Mart? Should we put a meth lab inthe back of an R.V. and cook meth and drive around the southwest? And thatimage…I don’t know, it just stuckwith me.”

But the show almost never happened. Later, Gilligan said he never would have gone forward with his idea if he’d known about another show about an unlikely suburban drug dealer. And Weeds is the exact reason one network passed on Breaking Bad.

The Winnebago was more complex than Heisenberg's formula. Breaking Bad Season 2 continues this Sunday on AMC.

Like so many other Hollywood directors before him, Gilligan eagerly wrote a pilot and started shopping for a network. He described his idea for Breaking Bad as turning Walter White “from Mr. Chips into Scarface,” which is a unique juxtaposition. Only one network agreed to take a chance on the idea.

As Screen Rant reported, Showtime turned down Breaking Bad because it was too similar to their show Weeds. Meanwhile, HBO didn’t want to have a show about a meth dealer and TNT expressed the same sentiments.

FX opted for the short-lived ‘Dirt’ over ‘Breaking Bad’

Hindsight really is 20/20. Breaking Bad almost went to FX, but when the project was in the early stages of development, the network made the very unwise decision to focus on their other drama, Dirt, instead. Breaking Bad went on to become one of the most well-known dramas ever created. And Dirt, which starred Courteney Cox, was canceled after two seasons. Ouch.

But everything worked out for both Breaking Bad and AMC. The network was on a mission to keep riding their wave of popularity following the success of Mad Men and was looking for a new, exciting project to bolster ratings. They found it with Breaking Bad.

FX gave up the rights to AMC in perhaps one of their worst decisions ever and now AMC will forever be known as the network with the best foresight of them all.