Carol McGiffin has said she hopes Queen Elizabeth ‘goes on forever’ as ‘she’s saving us from Charles’.

The Loose Women panel were discussing whether the monarch, 95, should ‘slow down’ after her recent health scare which saw her spend a night in hospital and cancel a planned trip to Northern Ireland.

The panel were divided on the idea, with Carol insisting she should not slow down.

‘I honestly love her,’ she said, reiterating that she is ‘actually in love with her’ and describing her as ‘the greatest living human being’.

Carol even pulled out a large, framed photograph of the monarch and joked: ‘I don’t go anywhere without this.’

But despite the queen’s recent health scare, Carol said she should not – and very likely would not – slow down. 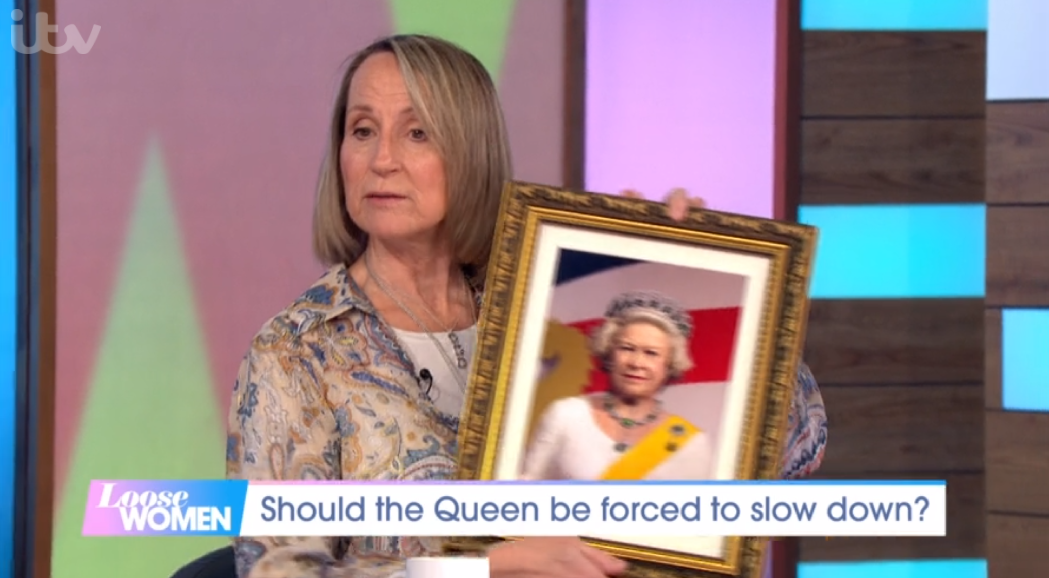 ‘I hope she goes on forever,’ she said.

In a slightly less fanatic tone, Carol also joked that the queen is still going because ‘she knows what Charles is like and she’s saving us from Charles!’

She added: ‘I’m quite pleased about that.’

A shocked Kaye Adams remarked: ‘You slipped that one in at the end!’, to which Carol responded: ‘I’m just saying.’

A poll by Loose Women asking their viewers if the queen should slow down resulted in a resounding 88% in favour – but on the panel, Kaye was the only one who believed she should take a step back.

She explained that her parents were ‘both very strong individuals’ but ‘didn’t slow down and became very ill’.

Katie Piper praised the queen’s ‘great display of grit and determination’, and pointed out that she’s recently had a bereavement, which often leads people to throwing themselves into work as a distraction.

Elsewhere in the episode, the panel discussed the rise in reports of women being spiked on nights out, with Brenda recalling her own terrifying experience.

Loose Women airs on ITV and the ITV Hub weekdays from 12.30pm.