Fans were rather disappointed when Aisha Robinson was seemingly written out of the martial arts Netflix series, which originally premiered on YouTube. Luckily, Cobra Kai’s executive producers have recently raised hopes for her eventual return as the hype builds for the Karate Kid spin-off’s confirmed fourth season.

After the YouTube series was picked up by Netflix for a second season, its surge in popularity led the streaming service to renew the spin-off for a third and fourth season.

The Karate Kid follow-up’s latest instalment was binged all over the world when it was released on New Year’s Day. 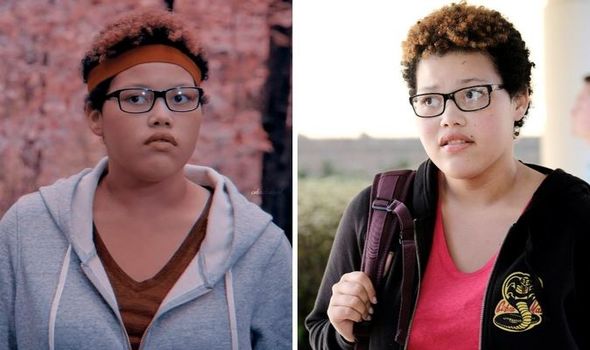 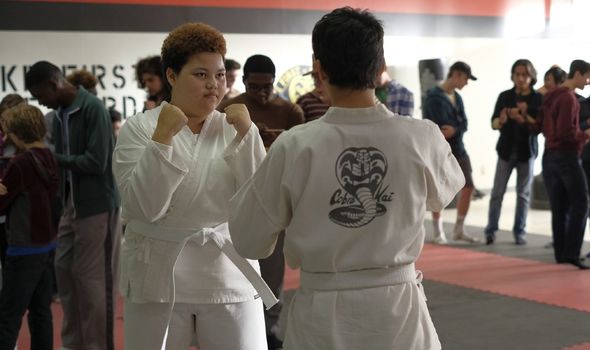 As the action built up to a stunning karate fight in the LaRusso house, viewers were still keeping their eyes peeled for an appearance from Aisha throughout the new episodes.

Unfortunately, the nerdy martial artist still hasn’t been seen since the schoolyard brawl which capped off season two.

Many fans assumed Aisha wouldn’t be returning to the series when it was revealed her mother had disenrolled her from West Valley High and sent her to a new private school.

However, one of Cobra Kai’s executive producers, Josh Heald, insisted there’s still a chance for Aisha to jump back in at some point in season four. 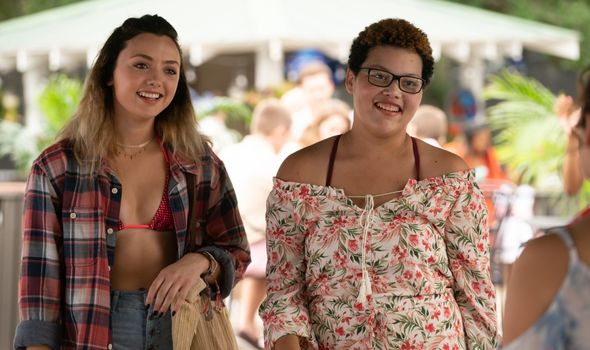 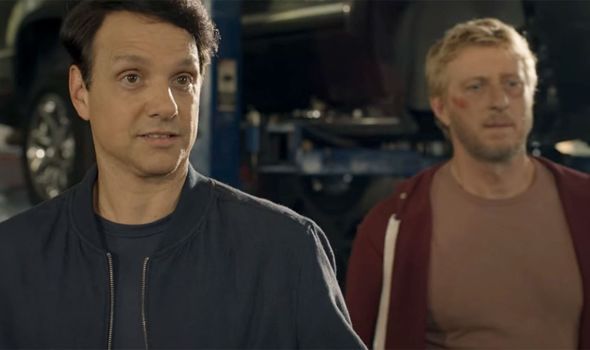 Speaking to Entertainment Weekly, he said: “No one’s ever written out of our show.

“What we like are enormous ensembles that have ins and outs. It makes the most of entrances and exits.”

Viewers would have already noticed a number of familiar faces returned in this year’s outing after being absent throughout season two.

While Heald avoided directly confirming Aisha’s return, the nature of the show’s changeable ensemble cast means the possibility is always there.

This meant there were already enough storylines to juggle over the course of ten new episodes of Cobra Kai, without Aisha being thrown into the mix.

Heald continued: “[The goal is] to pack more of a punch when characters come back.”

He then indicated Aisha would be making a return, though only if Heald and fellow producers Jon Hurwitz and Hayden Schlossberg felt there was a story worth telling.

He added: “So I’ll say nobody ever leaves the show for good in our minds, and there always is a strategy and a reason story-wise for why they come in and out, and it serves the long story that we’re telling.”

Production on Cobra Kai season four is hoped to get underway in time for an early 2022 release, though it is unclear if coronavirus restrictions will hinder filming.