Soaps have had to get creative when filming kissing scenes between characters in order to maintain social distancing restrictions among the cast. Coronation Street recently described the lengths producers had taken to to create the scene of Tyrone Dobbs (played by Alan Halsall) kissing Alina Pop (Ruxandra Porojnicu), but the ITV soap has now reached a milestone moment in the pandemic and actors have been able to film an authentic kissing scene, which will air next week.

In upcoming episodes, footballer James Bailey (Nathan Graham) and Danny Tomlinson (Dylan Brady) will share a kiss as part of a storyline to mark Pride month.

The co-stars became part of a tested cohort in order to work closer than two metres from each other.

The plot will see James finding the courage to share his sexuality before facing questions from journalists about pictures snapped of him.

James decides to publicly come out as gay at a press conference after keeping the secret to himself. 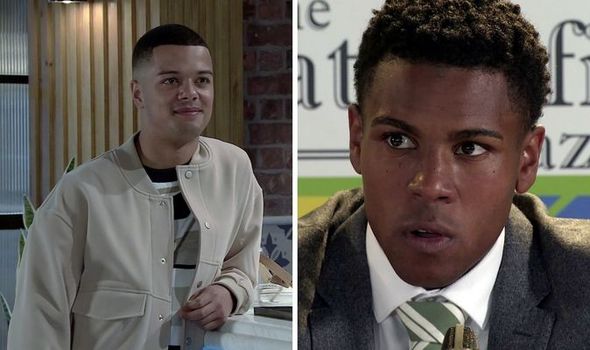 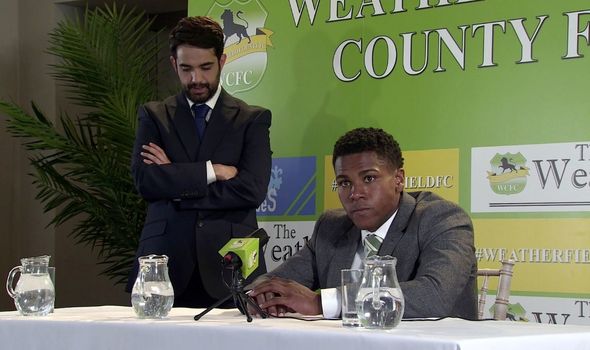 After the reveal, Danny tells James he’s seen the conference and that he wants to be with him.

Earlier this year, soap bosses used real-life couples so that they could film Tyrone and Alina’s secret kiss.

Regular Coronation Street extra Alex Mulvaney and his partner Hannah stepped in as the two characters to film the scene.

Alan and Ruxandra were never seated on the bench together, despite the scene showing them chatting there before sharing the intimate moment. 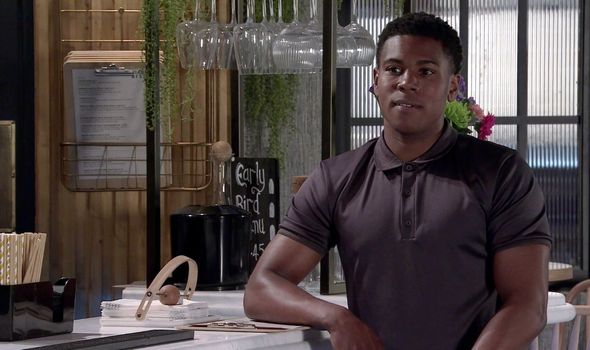 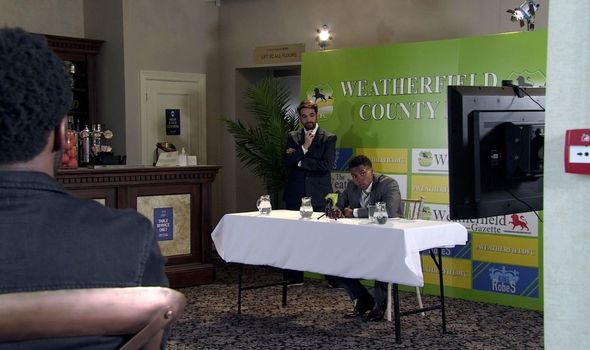 The two actors were shot having the conversation separately though, and it was later composited together during post-production to give the illusion that they were next to each other.

To make sure the actors had the correct eye line, Coronation Street’s design department taped a pair of sunglasses onto a telescopic radio aerial so the on-screen lovers could give the impression of looking into each other’s eyes.

Alex and Hannah were then called in to kiss for real as the camera pulled back.

Hannah had hair paint on the ends of her hair to make it look more like the character of Alina.

At the time, Alex said: “My agent said that Coronation Street needed extras who were in a support bubble and because I used to be an extra three times a week and they knew half of my family had done extra work on the show it worked out perfectly.

“My partner, Hannah, hadn’t done any extra work before, but my agent knew she had dark hair like Alina’s so I asked her if she wanted to do it.

“Hannah was nervous at first, but she is a big Coronation Street fan.

“I had been on set many times before, and I was able to talk her through what to expect and she was a bit starstruck when she saw the actors.”

The kiss between James and Danny is the first “real” one shot since the pandemic broke out in March 2020.

Under government guidelines, kissing and other intimate scenes had been banned in order to retain distance between co-stars.

Coronation Street continues on Monday at 8pm on ITV.