Corrie: Kelly Neelan speaks to police about her missing dad

Asha Alahan (played by Tanisha Gorey) has always had a turbulent relationship with Corey Brent (Maximus Evans) on Coronation Street, much to the disapproval of her father, Dev Alahan (Jimmi Harkishin). Despite his opposition, the pair have continued to see one another and the young schoolboy has been showering his girlfriend with expensive gifts to get her onside. However, in episodes airing next week on the ITV soap, the teenager will show just how manipulative he is. Could he be grooming the Alahan girl in order to recruit her into his drug gang?

The drama kicks off when Dev tells his daughter and her twin brother Aadi Alahan (Adam Hussain) he has arranged a surprise for their 16th birthday.

With Asha not overly excited about her father’s prospects, she turns to boyfriend Corey, who is clearly only interested in having sex with her.

Seeing her friend down in the dumps, Nina Lucas (Mollie Gallagher) buys the teenager a choker, like the one she wears.

Pleased with the gift, the young schoolgirl begins to wear it out and about but when Corey sees it, he’s not impressed.

Instead, he mocks her and tells her the fashion accessory would be much better suited on a dog, putting her down once again. 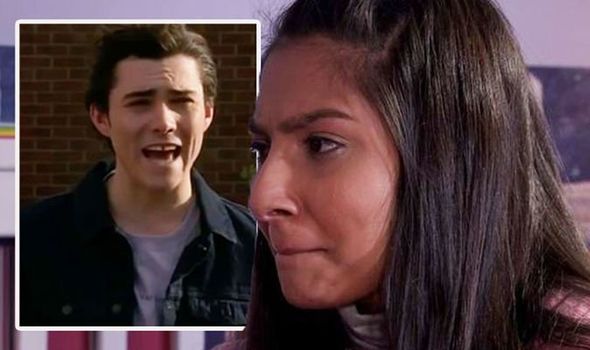 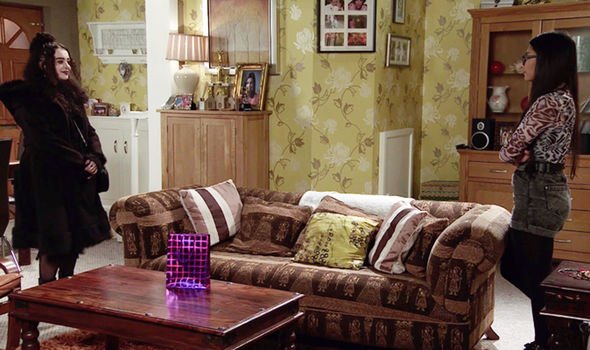 Taking off the choker, Asha is approached by Yasmeen Nazir (Shelley King) who tells her she shouldn’t be spoken to like she was.

Struggling to hide how upset she is about the comments, the teenager gets some much-needed reassurance from Nina.

The café assistant tells the schoolgirl she needs to carve her own path in life and not let Corey put her down any more.

With newfound confidence, Dev’s daughter puts the fashion accessory back on but her boyfriend is livid when he finds out she undermined him. 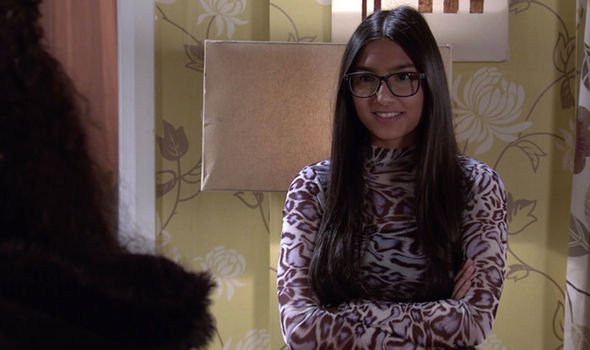 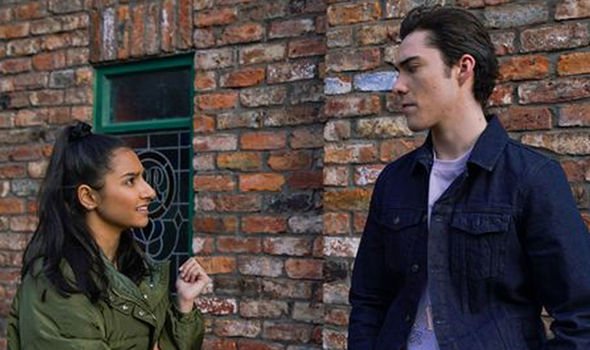 Corey demands his girlfriend remove the choker or he will end their relationship, with Asha standing on her own merits.

When her boyfriend walks away in a fit of rage, the teenager is left upset and it’s not long before she’s telling everyone they’ve broken up.

However, could the young schoolboy have the youngster exactly where he wants her as he plans to prey on her vulnerability?

Speaking to press, including Express.co.uk, executive producer Iain MacLeod teased a new direction for the young members of the cast.

The soap boss said: “Generally, I think we’ve got an incredibly strong cohort of teen actors at the moment.

“I think Asha is fabulous, Aadi is a character I’m really interested in and there’s a really strong performance behind those two.

“We’re going to see more of Corey, somebody who we’ve seen intermittently over the past couple of years, who will reveal himself to be every bit as unpleasant as we perhaps suspected, and some of his dealings with Asha earlier in the story.

“But there’s this fabulous group of 17-18-year-old actors in the show that I think provide us with a really strong foundation for some huge stories next year.”

With the soap boss hinting at a darker path for Corey, could it be that he has been grooming Asha for several months to join his drug gang?

The teenager hasn’t been shy in splashing the cash around her and even used his father’s position at a prestigious golf course to get Dev onside.

Knowing full well his ex-girlfriend would do as he says if she feels vulnerable enough, might the break-up be part of his plan to isolate her from her loved ones?

As she gets in too deep, could Asha realise she needs to expose Corey for the dangerous character he is before it’s too late?

If you or anyone you know has been affected by the discussion in this article, please see the NSPCC’s website here for help and advice.