Coronation Street resident Mary Taylor (played by Patti Clare) has been unlucky-in-love over the years but new resident George Shuttleworth (Tony Maudsley) has already shown his interest in the quirky florist. But as the pair start to grow closer, it seems as though another resident might end up sabotaging their romance after Mary ends up feuding with Brian Packham (Peter Gunn). Will they manage to get past their arguing or could the ordeal end up leaving George wondering if Mary really is the woman for him?

Tony landed in Weatherfield earlier this week as undertaker George Shuttleworth, who florist Mary took a shine too.

Next week, George will up his methods to woo Mary as he makes a grand gesture after putting his foot in it early on.

However, it seems their romance could be dealt a blow before it’s even started when Brian goes in all guns blazing against Mary.

In official soap spoilers for episodes to come, Mary will be left warring with good friend Brian after they get into an argument. 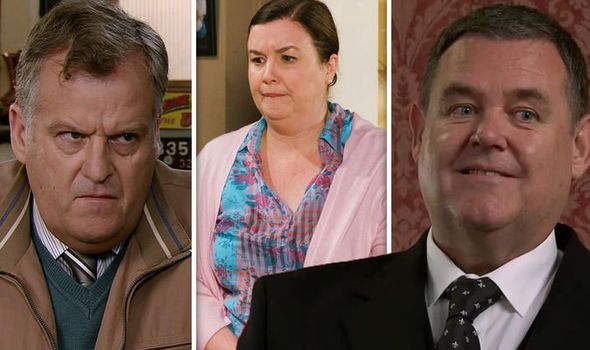 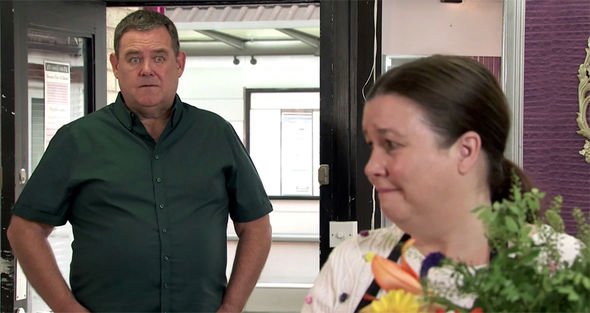 At one point, George will call into the shop to get a bouquet for Mary to apologise for upsetting her.

Mary is left flattered by the gesture but something else soon leaves her infuriated.

Brian will fall out with Mary over the identity of a flower which leads to the pair making a decision.

They end up banning each other from their respective stores which leads to expected chaos. 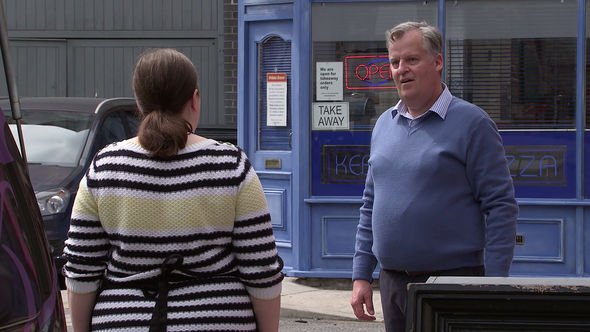 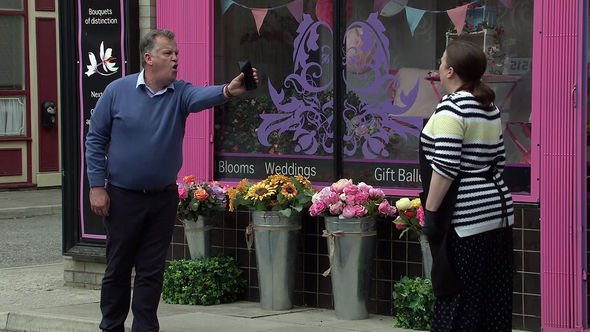 Cathy (Melanie Hill) tries to intervene and tells the pair to end their pointless feud – but will they put their differences to bed?

It seems this altercation with Brian could jeopardise Mary’s chances with her new love interest.

George has been introduced as Weatherfield’s newest undertaker who will be a hit with the single ladies of the cobbles.

Star Tony spoke to Lorraine Kelly earlier this week about what’s to come for his character in the coming weeks.

He said: “The thing about George is he’s a nice affable guy, he’s not going to want to hurt anyone.

“I read in the papers there’s another name in the mix so there’s going to be three women chasing him by the sound of it.”

As well as Mary, Gail Platt (Helen Worth) and Eileen Grimshaw (Sue Cleaver) are set to fight it out for the newcomer’s affections.

But who will end up managing to seal the deal with the charming character?

Tony is best known for his appearance as hairdresser Kenneth in the hit ITV comedy, Benidorm.

The star also opened up about his debut being delayed due to coronavirus and revealed what his time on the soap has been like so far.

Of his first scene, he told Lorraine: “It was in the Rovers with the lovely Patti Clare who made me feel very welcome.

“It was very strange as it was all slowed down, all very diluted, a lot of the actors I haven’t even met yet and I’ve been there two months!”

Coronation Street airs Monays, Wednesdays and Fridays at 7:30pm and 8:30pm on ITV.